Admirals, the Estonia-based Retail FX and CFDs broker, released its results for the first half of 2022 late Wednesday, with trading income jumping compared to last year.

Admirals Group AS 2022, the parent company of Admirals, saw net income increase by 149% to EUR43 million, compared to EUR17.3 million in the same period of 2021. Net profit came in at EUR24.01 million, surging from EUR -1.7 million the previous year. 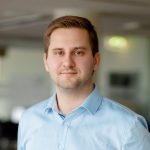 Despite the great uncertainty in the world economy and political situation, we continued to implement our long-term goals, continuing to unite personal finance and investing for our client. Our first half-year results are exceptional, trading volumes are strong and stable,”

said the CEO of Admirals Group AS Sergei Bogatenkov.

The value of trades increased 9% to EUR 467 billion compared to EUR429 billion during the same period last year.

Commodities & Dollar both in focus

Admirals stated that the Russian/Ukraine war “changed “everything,” bringing “big market movements near to any financial assets, and Group client segment (usually active traders which trade in both directions of the markets) traded a lot.”

Admirals is firmly growing its customer base and introducing trading and investment possibilities via our app to people taking their first steps towards their financial freedom. At the same time, we are still a reliable and quality market leader for experienced participants of the sector. The number of people using Admirals’ app is on a steady rise,”