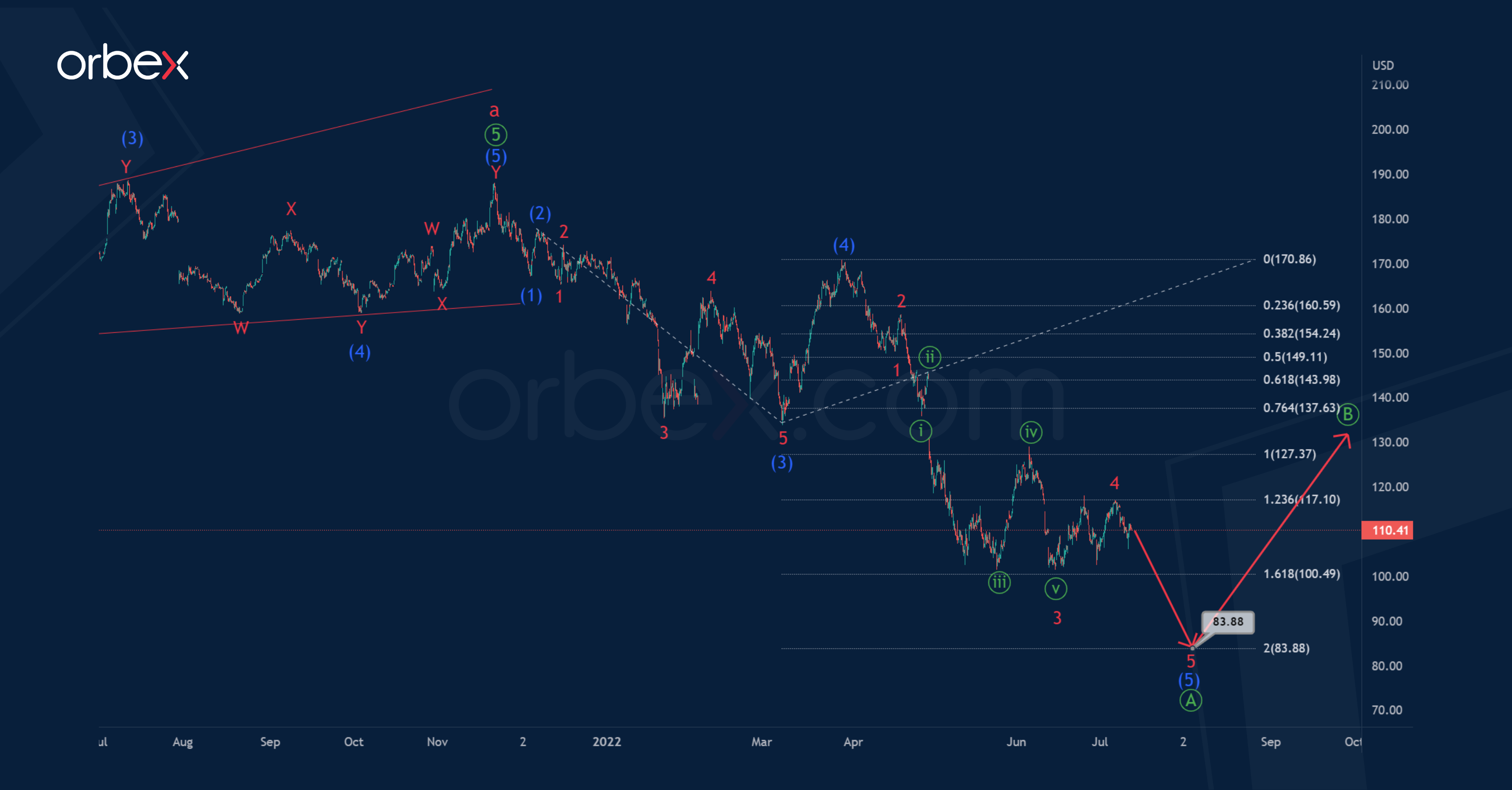 AMZN seems to be forming a zigzag pattern consisting of cycle sub-waves a-b-c.

In the last section of the chart, a decrease in the price could indicate the beginning of a bearish correction wave b. This correction can take the form of a zigzag Ⓐ-Ⓑ-Ⓒ.

Most likely, in the near future we will see a continuation of the depreciation of stocks in the final intermediate wave (5). This could end the primary impulse wave near 83.88. At that level, wave (5) will be at 200% of previous impulse (3).

After the end of the impulse wave Ⓐ, prices should move higher in the primary correction Ⓑ. 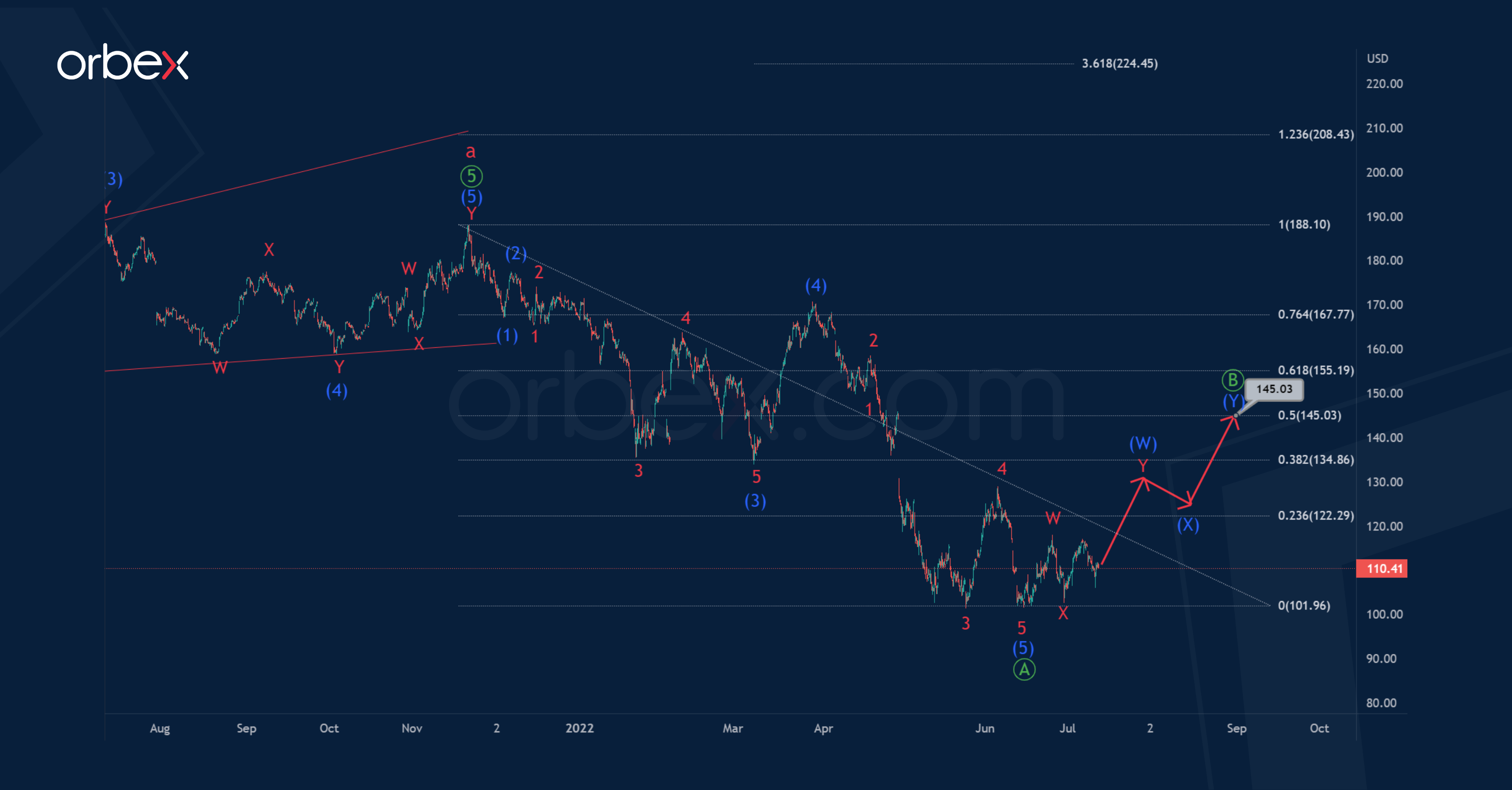 In an alternative scenario, the primary impulse wave Ⓐ has already ended.

In this case, if this option is confirmed, the stock price will start to rise within the bullish correction Ⓑ.

The correction wave Ⓑ will take the form of an intermediate double zigzag (W)-(X)-(Y). Where the actionary wave (W) is also a double zigzag W-X-Y.

Since the correction sub-waves in zigzags most often make up 50% of the previous impulse waves, therefore the entire primary wave Ⓑ can end its pattern near 144.67.

The Pound Is Losing Momentum

Weekly Market Primer: Did Pelosi Just Touch Down in Taiwan?

The Boomer Boom Is About To Send These Two Stocks Soaring…