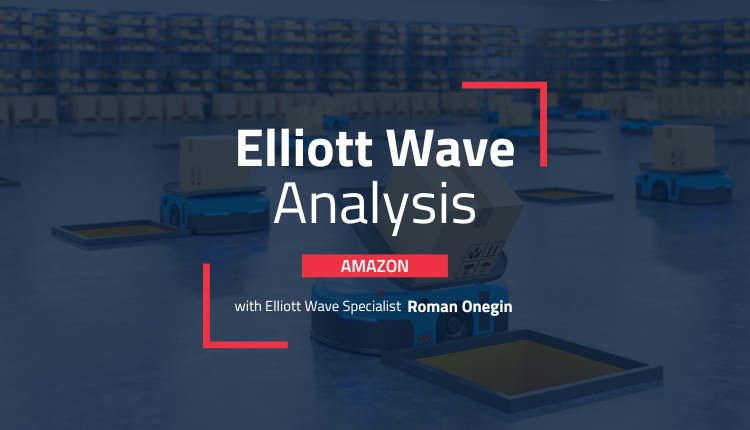 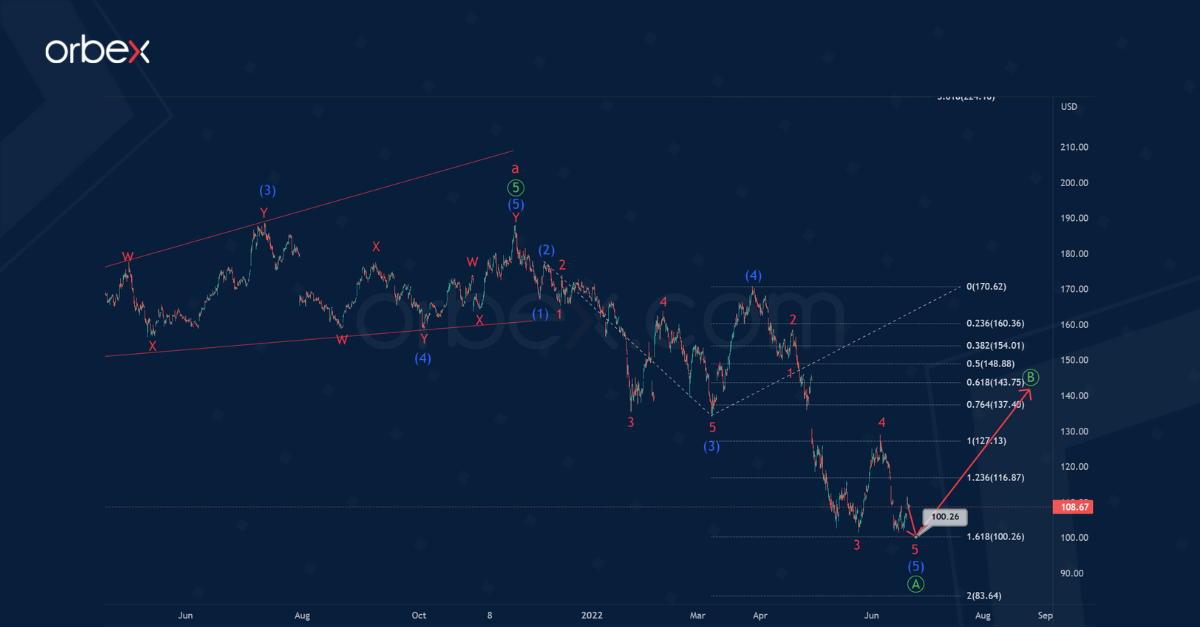 AMZN shares are forming a zigzag consisting of sub-waves a-b-c of the cycle degree. The first major wave a is a bullish 5-wave impulse.

In the last section of the chart, we have observed a decrease in the price. This could indicate the beginning of the construction of a bearish correction b. Perhaps this correction will take the simple form of a zigzag Ⓐ-Ⓑ-Ⓒ.

Soon we will see a continuation of the depreciation of prices in the final intermediate wave (5). This could end the primary impulse wave Ⓐ near 100.26. At that level, wave (5) will be at 161.8% of the previous impulse (3).

After the end of the impulse wave Ⓐ, prices should correct in the primary wave Ⓑ.

GBP/USD Price Marching Towards 1.2200 Before the BOE Meeting 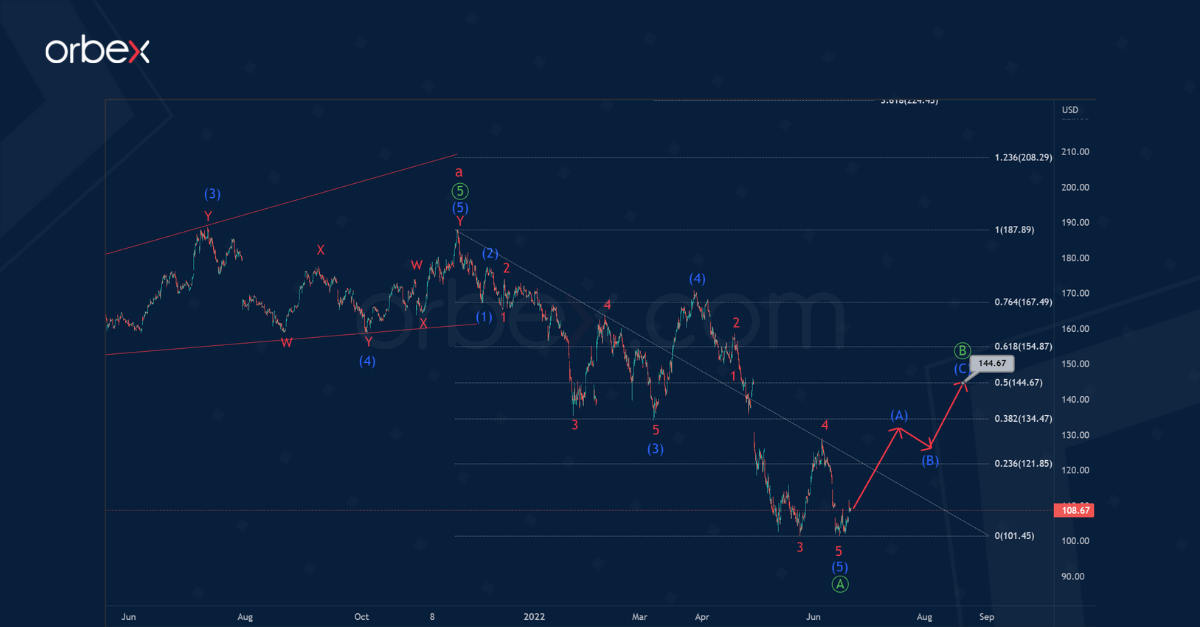 Let’s consider an alternative option in which the market has completed the formation of the primary impulse wave Ⓐ.

If this option is confirmed, the stock price will start to rise within the bullish correction Ⓑ.

The correction wave Ⓑ will take the form of a standard intermediate zigzag (A)-(B)-(C). Most often, corrective sub-waves in zigzags make up 50% of impulse waves.

How to Trade Profitably in a Bear Market • 2nd Skies Trading