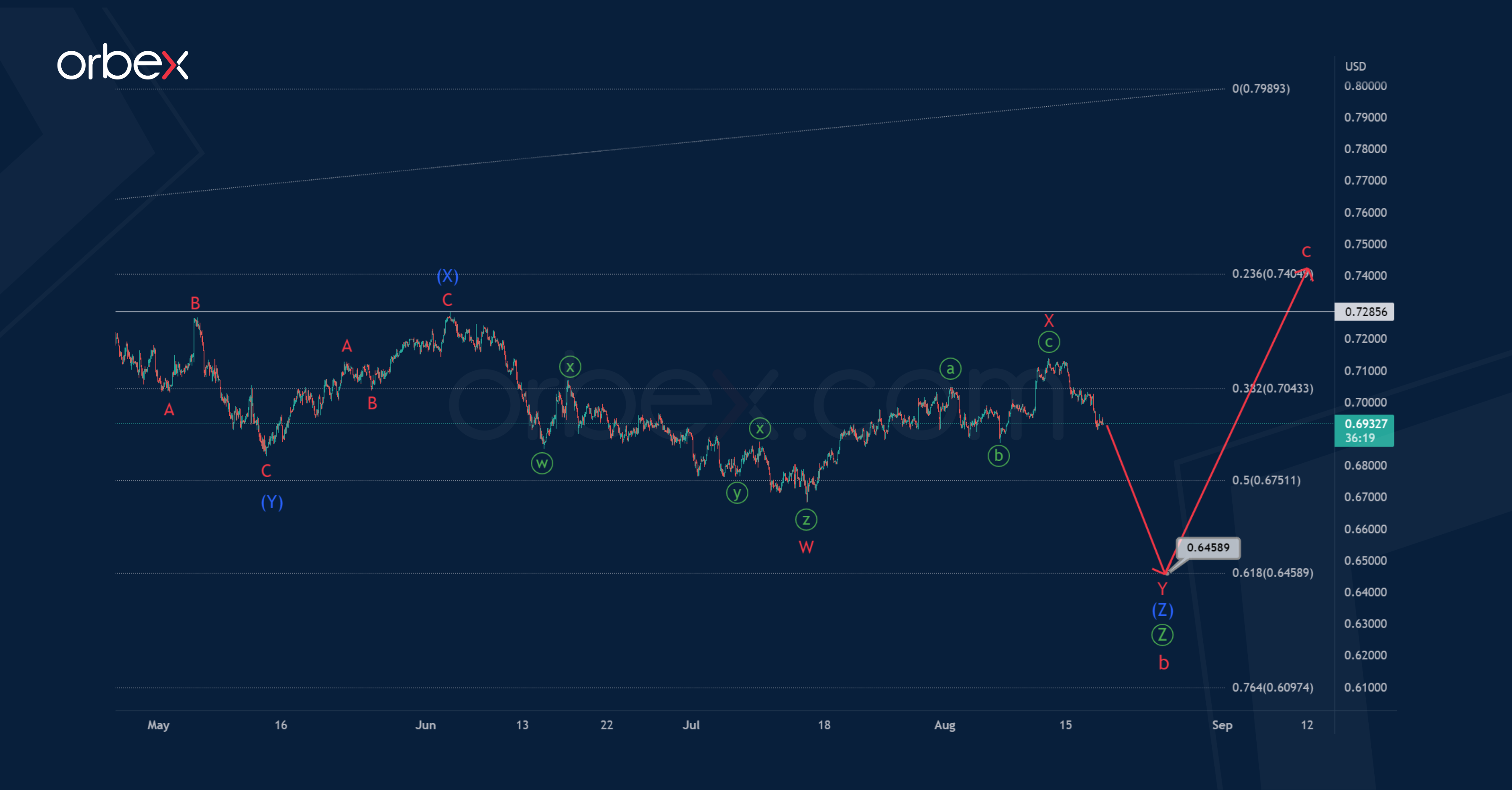 The current structure of the AUDUSD pair indicates an a-b-c zigzag, which currently includes a complex bearish correction b. Wave b consists of primary sub-waves Ⓦ-Ⓧ-Ⓨ-Ⓧ-Ⓩ.

The last section of the chart shows the structure of the final primary wave Ⓩ. It seems that it will be an intermediate triple zigzag (W)-(X)-(Y)-(X)-(Z). To complete this pattern, the final actionary wave (Z) is required. This looks to take the form of a minor double zigzag W-X-Y and could end near 0.645.

At that level, cycle correction b will be at 61.8% along the Fibonacci lines of cycle impulse wave a. 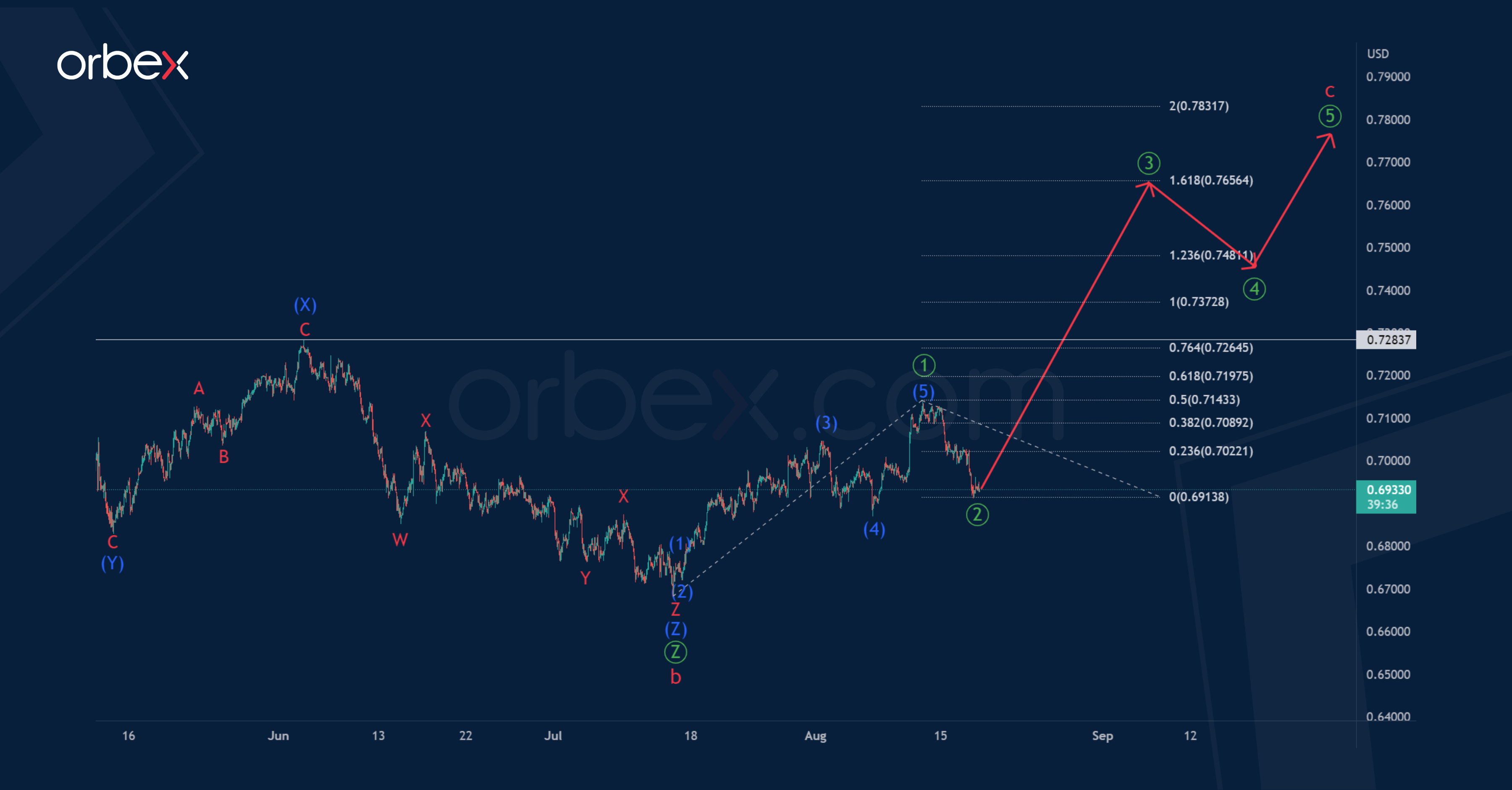 According to an alternative scenario, the bearish wave Ⓩ of the primary degree could be fully completed.

Thus, in the last section of the chart, we can observe the formation of the initial part of the cycle wave c. This can take the form of an impulse ①-②-③-④-⑤. The structure of the potential impulse is schematically shown by trend lines.

The primary impulse wave ① and the correction wave ② have already ended. In the near future, the pair could form a primary third wave. This could rise towards the maximum of 0.728 at 161.8% of wave ①.

GBP/USD: Bears Accelerate Towards 2022 Low, On Track for the Biggest Weekly Fall in...

The Week Ahead – US Fed may not yield to market pressure