In line with expectations, the Bank of England (BoE) hiked the Bank Rate by 50bp to 1.75% (the largest hike in 27 years) with only member voting for a 25bp hike. BoE announced that active QT (i.e. outright government bond selling) will start after the September meeting with proposed bond sales of 10 billion pounds per quarter, totalling a reduction in bond holdings of 80 billion pounds over 12 months.

As expected, attention was on forward guidance rather than the rate hike itself. The BoE announced that it has adopted a meeting-by-meeting approach stating that “Policy is not on a pre-set path.”, giving close to no forward guidance to markets. This is similar to some of the other large central banks, namely the Fed and ECB, although BoE’s forward guidance is slightly weaker at this point.

One of the key takeaways from the Monetary Policy Report is that the BoE now projects a recession by Q4 2022 based on market pricing, which feeds well into the narrative playing out in markets where rising recession fears are dominating. This deviates from other central banks, who still communicate that a soft landing is possible.

Overall, in our view, it seems fair to conclude that although forward guidance was significantly limited, it is to the dovish side given the economic growth projections. The MPC stated that “the risks around the MPC’s projections from both external and domestic factors are exceptionally large at present” highlighting that the course of monetary policy the coming months is still largely uncertain. On the one hand, the Bank of England likely needs to tighten further in order to get inflation under control. On the other hand, the Bank of England is likely to pause when the recession gets visible in data. In other words, monetary policy is not as straight forward in H2 2022 as it was in H1 2022.

Markets reacted accordingly with EUR/GBP moving up from 0.836 to 0.841 and 2yr gilt yields declined to 1.72% from 1.88%. Markets are now pricing in an additional total of nearly 100bp rate hikes this year.

We change our Bank of England call now expecting another 50bp rate hike in September and another 25bp in November, recognising that the Bank of England is probably not ready to fully stop hiking just yet despite rising recession risks. Further tightening is needed in order to cool extraordinarily high inflation pressure. We expect no rate hikes beyond the November meeting (although another 25bp rate hike in December seems like a close call at this point) and believe markets will start to focus even more on possible rate cuts in 2023 when the UK actually falls into recession..

We are slightly more dovish than markets, as the Bank of England has more emphasis on the economic outlook than what markets believe in. We still see a case for EUR/GBP to move slightly higher near-term on relative rates, targeting the cross at 0.86 in 3M. Further out, GBP usually appreciates vs EUR in an environment where USD performs and expect EUR/GBP to move back towards 0.84 in 12M. 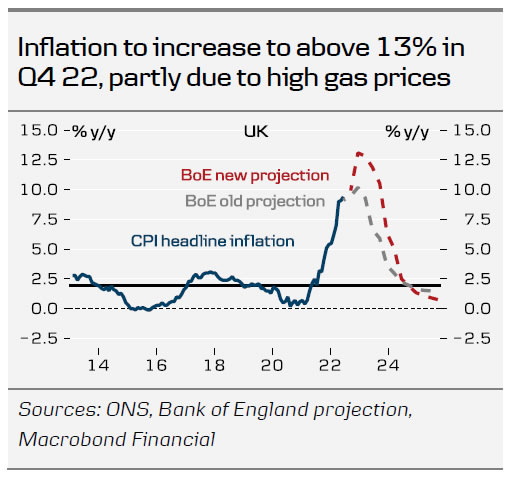 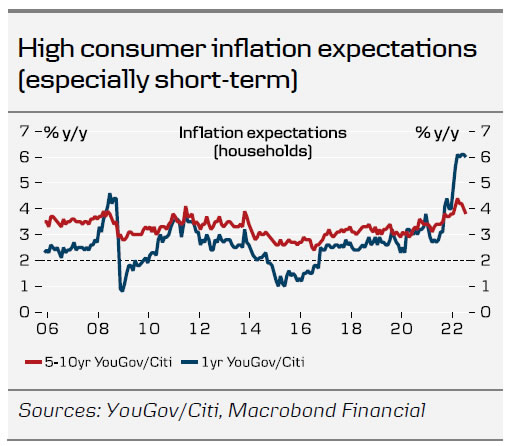 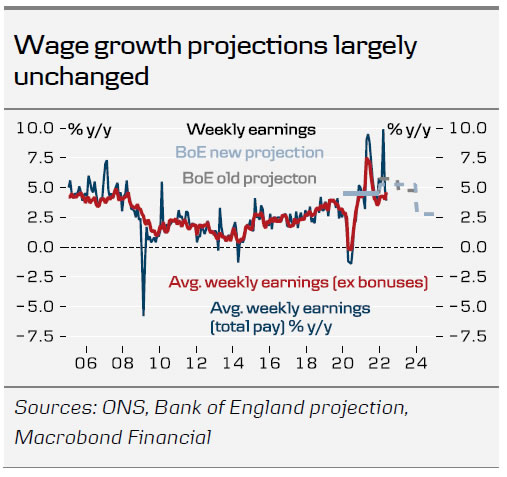 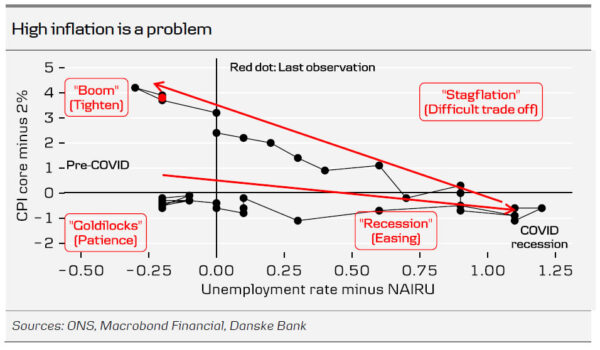 What Is The VIX? | CBOE Volatility Index Definition