If you’re bearish on the dollar these days, here are a couple of long-term setups you shouldn’t miss!

Think we’ll see big moves on these charts of gold and USD/CHF soon? 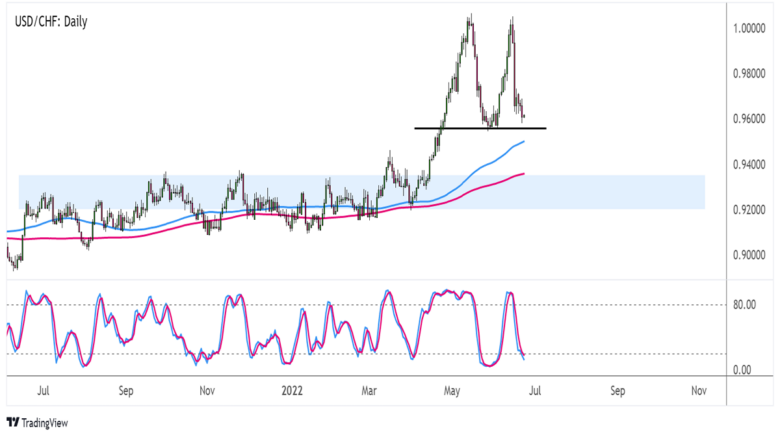 I’m seeing a double top pattern that’s almost completed on the daily time frame of USD/CHF. Could this mean that a major selloff is bound to follow?

The pair has yet to break below the neckline support around the .9600 major psychological mark to confirm a reversal.

If that happens, USD/CHF could tumble by the same height as the chart pattern or roughly 400 pips. This would take the pair down to the .9200 major psychological support, which lines up with a long-term area of interest.

Technical indicators are hinting otherwise, though, as Stochastic is reflecting oversold conditions while the 100 SMA is increasing its lead over the 200 SMA. 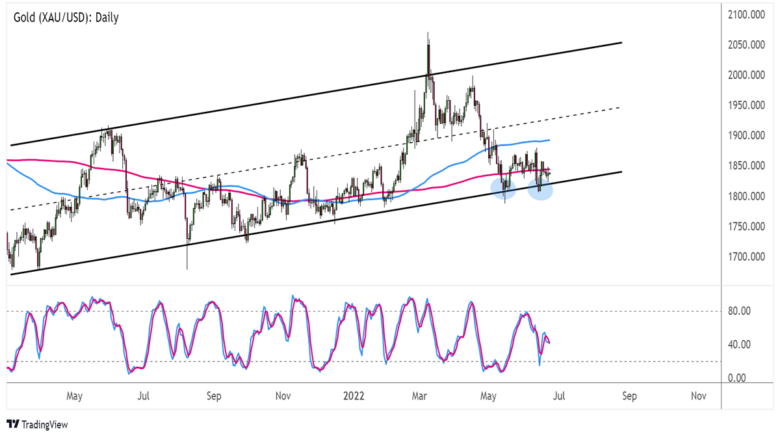 I’m also seeing a reversal pattern on gold’s daily time frame, but it’s a teeny-tiny one at the bottom of a longer-term rising channel.

If this double bottom reversal formation plays out, the precious metal could gain traction on its bounce and aim for the next bullish targets.

In particular, gold bulls might have their sights set on the mid-channel area of interest around $1,950 or the very top of the channel closer to $2,100.

Of course, the commodity price needs to clear the barrier at the $1,900 neckline AND the 100 SMA dynamic resistance to gather more buying energy.

The 100 SMA is above the 200 SMA to confirm that the path of least resistance is to the upside, but Stochastic seems to be pointing to another dip.

Better keep your eyes locked on the support zone around $1,800 to gauge if a reversal is looming!

Pound Cuts Oversold Against the Dollar But Must Fight Economic Headwinds