I’ve got a mix of trend and range setups on today’s set!

Make sure you don’t miss out on these potential plays on the 4-hour charts of GBP/CHF and AUD/JPY: 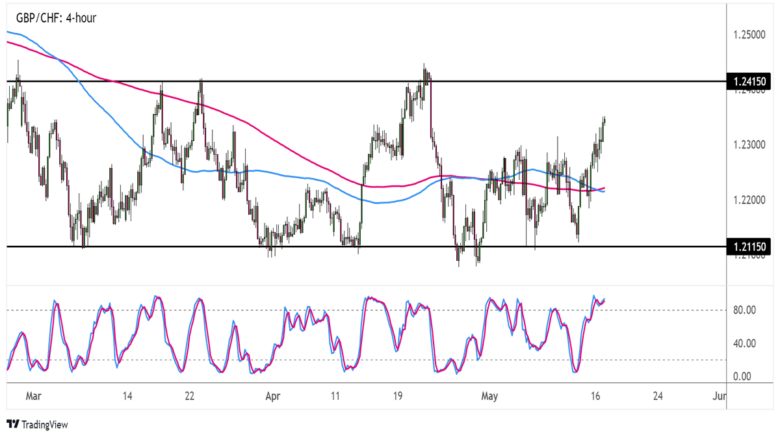 First up is this neat range setup on GBP/CHF.

As you can see from the chart above, the pair already made it past the middle of the range and is setting its sights on the top around 1.2415.

Will sellers hop in soon?

Technical indicators are suggesting that pound bears might be eager to return. The moving averages just made a bearish crossover to hint that resistance levels are more likely to hold than to break.

Also, Stochastic is already reflecting overbought conditions. Turning lower would confirm that bearish pressure is picking up, possibly sending GBP/CHF back down to the range support again. 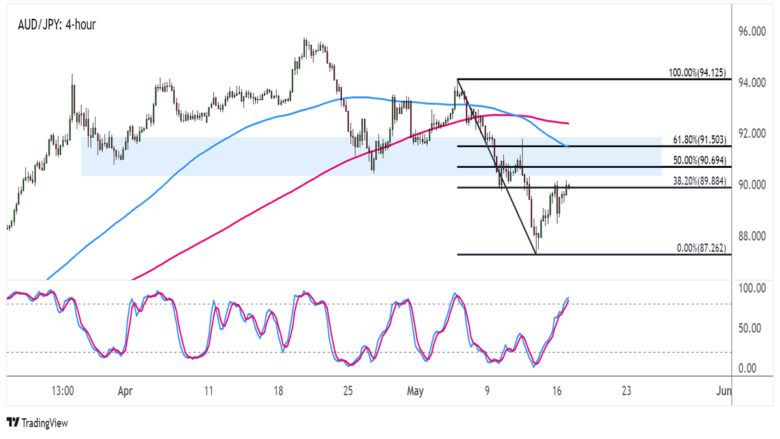 Missed the head and shoulders breakdown on AUD/JPY?

Don’t fret! You might still have a chance to join the downtrend on a retest.

The pair is in the middle of a correction from its drop, as price is already pulling up to the 38.2% Fibonacci retracement level. A higher retracement could reach the 61.8% Fib that’s closer to the former neckline and 91.50 minor psychological mark.

Stochastic still has a bit of room to climb before reaching the overbought area to reflect exhaustion among buyers, so the correction could keep going for a while. Once the oscillator turns lower, AUD/JPY could follow suit as bearish pressure picks up.

The 100 SMA just crossed below the 200 SMA to confirm that the selloff is more likely to gain traction than to reverse.