If you’re hoping to catch ongoing trends, here are some setups you should look at on Tesla Inc. (TSLA) shares and CAD/CHF. 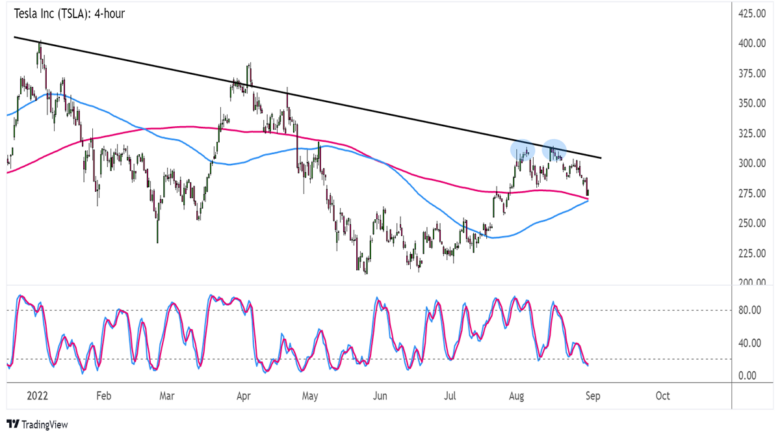 It ain’t lookin’ good for Tesla bulls out there!

The long-term descending trend line is holding once again, and that double top reversal pattern is adding bearish vibes, too.

The share price already closed below the neckline of the chart formation, confirming that another leg lower is likely.

However, technical indicators are suggesting otherwise. For one, Stochastic is already in the oversold region to reflect exhaustion among sellers. Turning higher would mean that buyers are returning.

Also, the moving averages appear to be attempting a bullish crossover. If that pushes through, bullish pressure could pick up right around these dynamic support levels.

Better wait and see how TSLA reacts to the $250-275 area before jumping in! 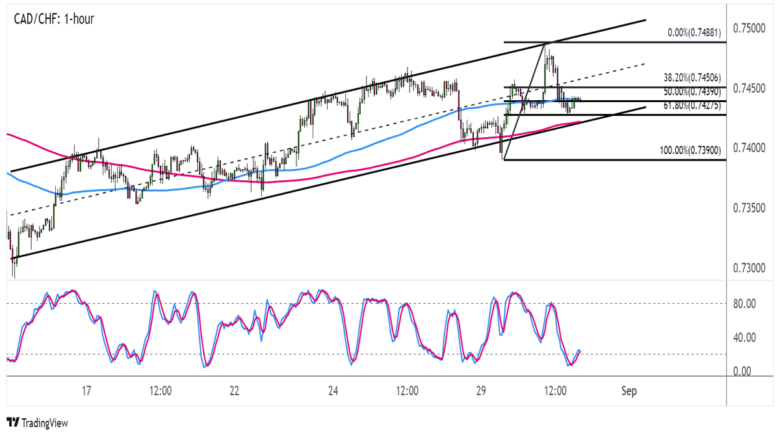 Think risk-on flows are about to return soon?

Here’s a simple short-term uptrend channel play on the hourly time frame of CAD/CHF that you should look at.

The pair looks ready for another test of the channel bottom, which happens to line up with a couple of inflection points.

Not only does it coincide with the 61.8% Fibonacci retracement level, but it’s also right around the 200 SMA dynamic support!

The 100 SMA is above the 200 SMA to indicate that the trend is more likely to carry on than to reverse. In addition, Stochastic is starting to pull higher from the oversold region to signal that Loonie bulls are ready to charge.

If the Fibs are enough to keep losses in check, CAD/CHF could make its way back up to the swing high at .7488 or the channel top closer to the .7500 major psychological resistance.

3 Simple Habits That Will Impact Your Trading Game