Don’t even think of missing these short-term setups! 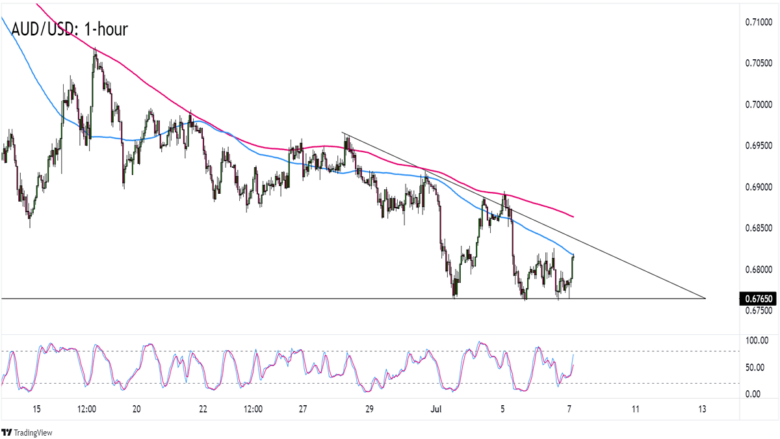 AUD/USD has been on a downtrend since early June when AUD bulls couldn’t sustain their bullish pressure above .7250.

Aussie bulls are doing a pretty good job defending the .6765 zone, though, and now AUD/USD is sporting a descending triangle on the 1-hour time frame.

Will AUD/USD extend its downtrend? Or is the pair due for an upside breakout and then a bullish reversal?

Keep close tabs on AUD/USD’s reaction to the 100 and 200 SMAs that have been keeping the bulls at bay since late June.

A clear break above the SMAs and the chart’s trend line resistance could lead to AUD/USD revisiting inflection points like .6900 or .7050.

A rejection at the trend line, though, would mean another chance for AUD bears to drag AUD/USD to new July lows. 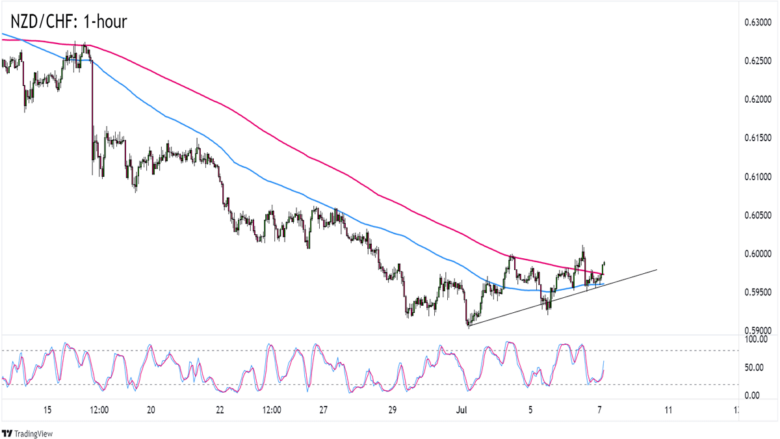 I spy with my eye a potential reversal in the making!

NZD/CHF has been trading in a steady(ish) downtrend since mid-June when the 100 SMA crossed below the 200 SMA on the 1-hour time frame.

NZD bears are dropping the ball, though, because it looks like NZD/CHF has been making moves above the SMAs. That hasn’t happened since the downtrend started!

It also doesn’t help that the gap between and fast and slow SMAs has tightened, and that 100 SMA may cross above the 200 SMA at the first sharp upswing.

Are we looking at a potential reversal?

A bullish SMA crossover or sustained trading above the SMAs could signal bullish demand for NZD/CHF. The pair could revisit previous highs like .6050 or .6150!

Bearish pressure could still drag NZD/CHF back to its downtrend, though.

If you see the pair trade below its trend line support, then y’all better be ready for a trip back to .5900 if not new July lows!

Here’s What the Market Needs to Fix Itself