Brent and WTI spot prices are now lower than they were before the surprise from OPEC. The cartel yesterday surprised markets with a recommendation to cut oil production quotas by 100,000 BPD from October. The move is small but symbolic. It is the opposite of what the US president had demanded when flying to Saudi Arabia last summer. 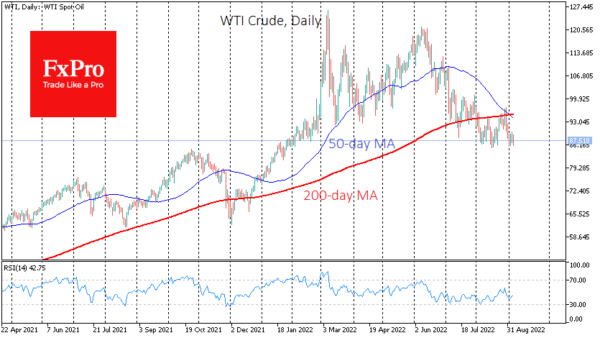 Despite the policy setback, the economy and markets still broke the back of the bullish oil market in early June. The oil market, which had previously reacted strongly to bullish news, is now working out the information from the bears with equal zeal.

The WTI price has returned to the region of August lows, having digested the news of the North Stream shutdown and quota cuts in less than 24 hours. Moreover, the cartel has threatened that it may make decisions more than once a month. It is also a clear sign to act more actively in case of quotations fall.

However, it is not so easy for politics to fight the market and the economy. Global demand is shrinking due to lockdowns in China. The gas market is unexpectedly on the side of the bears in oil. 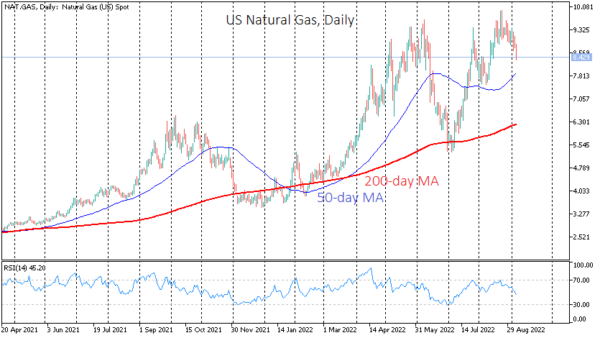 In Europe, exchange prices are losing 9% today to $2250. This is still unbearably expensive for consumers, but it is a two-week low, which fits poorly into the news Armageddon. US prices have also been under pressure for the past two weeks.

Simply put, the entire energy market has come under pressure all at once. We are paying increased attention to these market signals. The market reverses before the news backdrop changes, which seems to be our case

Slightly more liquid and freer of politics, oil performs much better than gas as an energy market indicator. And it signals weakness to buyers.

Technical analysis is also on the sellers’ side. The death cross (50-day under the 200-day moving average) in the WTI occurred at the beginning of the month, and in Brent, it is imminent any day now. 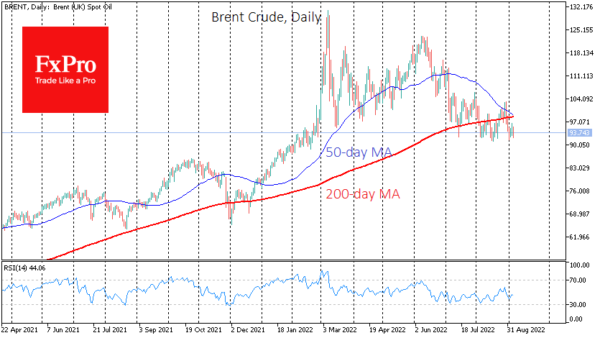 In doing so, the bears have been gathering their strength for a new attack all last month, which is not uncommon in the autumn months.

A significant signal that the oil market has decided to cross the line would be a fall in the price of WTI to $85, the intermediate round level, where concentrated August and February lows. Moreover, this move will zero all the gains since the end of January.

Before the year’s end, the price of oil could dip into the $75-77 area, as high rates will hit consumer demand, not to mention the desire to cut energy consumption worldwide, hitting Crude Oil demand. Likely, the above levels will only be an intermediate point, and the decline will not stop there.