The single European currency continued to recover the losses it suffered after its aggressive decline since the beginning of summer. The day started off calmly, but after comments on further ECB policy tightening, we saw a break of the 1.0110 resistance and a new monthly high. Around 1.0197, the bears found a good entry price and pushed the EUR/USD back towards 1.0110 by the end of the trading session. Today at 09:00 GMT, we will see the ZEW economic research institute’s assessment of the economic state of Germany. If the data comes out positive, then it could help the euro even more and we could see the rally reach higher peaks than yesterday. However, let’s not also forget the strong pressure from the U.S. dollar, which could only intensify with a positive market reaction to the upcoming U.S. inflation data at 12:30 GMT. 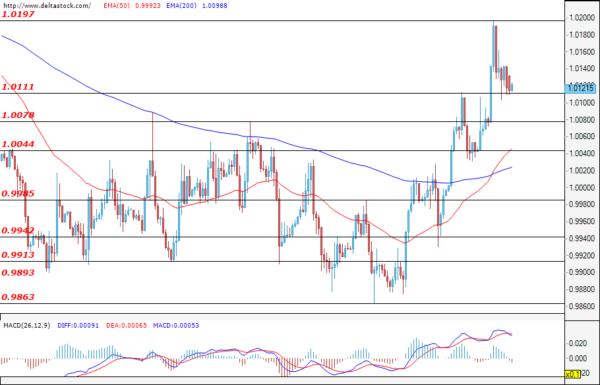 The dollar’s weakness is also reflected in its scuffle against the yen. The consolidation here continues after hitting a new multi-year high last week. The day started with slight fluctuations in the rate and a bounce from the support at 142.11. However, the USD/JPY quickly rose towards the formed resistance at 143.49, where it closed the day. Today, however, the U.S. inflation data report at 12:30 GMT could strengthen the dollar and the market could look to reach a new high by the end of the week. Some surprises, however, should still not be excluded, as data suggesting increased inflation in the U.S., coupled with a declining dollar, could push the currency pair towards its next key support. 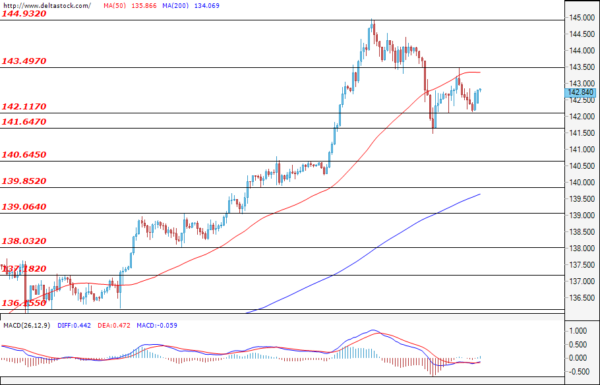 The Cable’s first trading day this week was a successful one. The currency pair started its rise even before the opening of the London session, but after that, the gains accelerated even more. The negative data on the declining GDP and the weaker production did not move the GBP/USD one inch lower and it made a new monthly high of 1.1707. There, however, it found a resistance, which was not breached by the end of the day and so the GBP/USD managed to finish its trading session at around 1.1682. Today, it is important to monitor the data on the current unemployment and the average monthly income in the UK at 06:00 GMT, as well as the U.S. dollar market action following the next U.S. inflation release at 12:30 GMT. Whether the growth will continue or the dollar will regain its strength remains to be seen today. 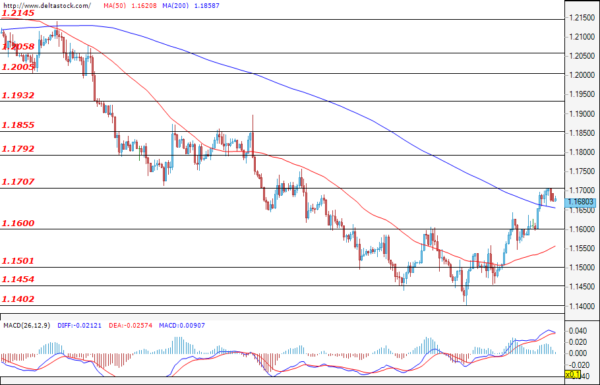 Monday was an extremely successful day for the German index. The instrument had low liquidity before the European session opened, but quickly managed to break through the 13205 resistance and shot up by nearly 250 points. A resistance then formed at 13440 at the U.S. market open. The mentioned key level was attacked again by the end of the day, but unsuccessfully so. Today at 09:00 GMT, we will expect the ZEW’s assessment of the economic state of Germany, and if we see positive data, then this may result in even higher prices. However, a scenario in which the index declines due to its correlation with the American indices should still not be excluded. Should the latter take a turn for the worse, they could potentially drag the EUGERMANY40 down with them, if the dollar eventually runs hot again. 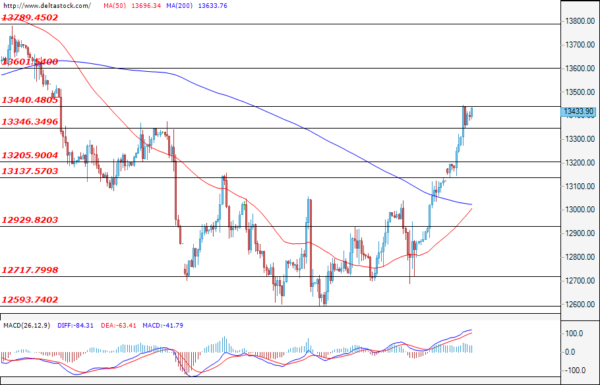 The blue-chip index also saw upward movements on the first day of the week. In the early hours of the day, liquidity was rather low, but after the opening of the European session, the US30 took off. Later, after the opening of Wall Street, we saw a resistance forming at around 32498, where the rally grinded to a halt. Of particular importance to the direction of the US30 is today’s U.S. inflation data at 12:30 GMT. If inflation continues to be lower than expected, then the rise of the index may continue, but if a new wave of uncontrollable price growth is noticed, then a downward wave and a search for a new weekly bottom could be a very plausible scenario. 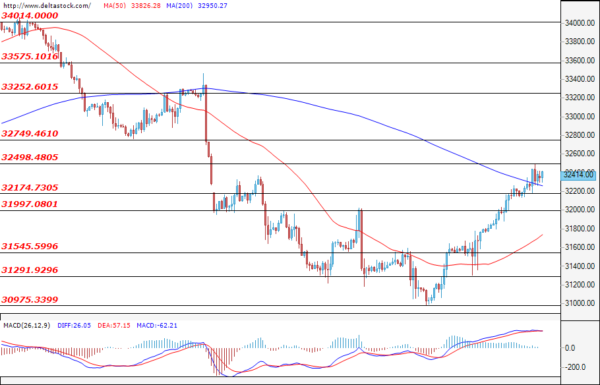 Gold Price Gets Reprieve on US Dollar Pause Ahead of ECB. Will XAU/USD Turn?

Hang Seng Index May Fall After US CPI Beat Raised Odds of a More...