The EURCHF remains in firmly red and hits the lowest since March 7 on Wednesday, with parity level being in focus.

The Swiss franc continues to benefit from the recent shift in the Swiss National Bank’s monetary policy as the central bank raised interest rates last week by 50% basis points from -0.75% to -0.25%, in its first hike since 2007, surprising the wide expectations for unchanged policy.

The SNB argued its decision that inflation in Switzerland edged above their 0% – 2% target and also following the other central banks which further tightened their policies as inflation continues to rise and hurt the economies.

The SNB also signaled that further hikes cannot be ruled out that would keep the franc supported. 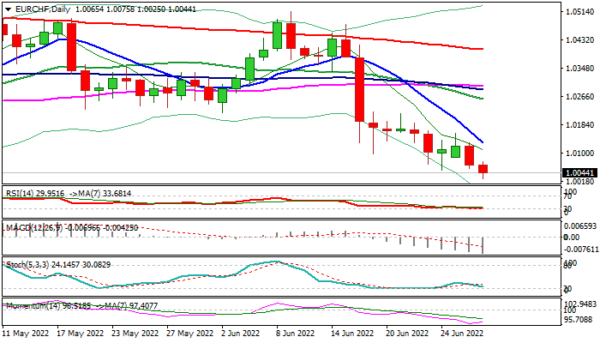 Chart of the Day: How to Call BS on the Fed