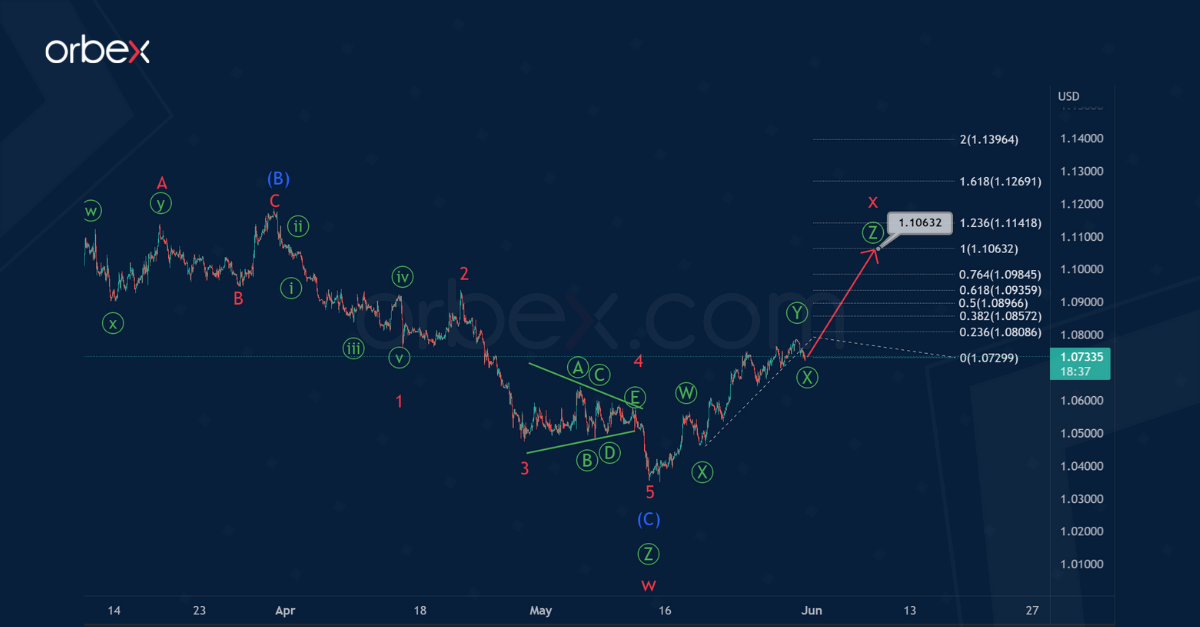 In the long term, the EURUSD currency pair seems to be forming a bearish corrective trend. This could take the form of a double zigzag consisting of cycle waves w-x-y.

To complete this triple zigzag, a primary sub-wave is needed. Together with the wave Ⓩ, the price could rise to 1.1063. At that level, wave Ⓩ will be equal to wave Ⓨ. 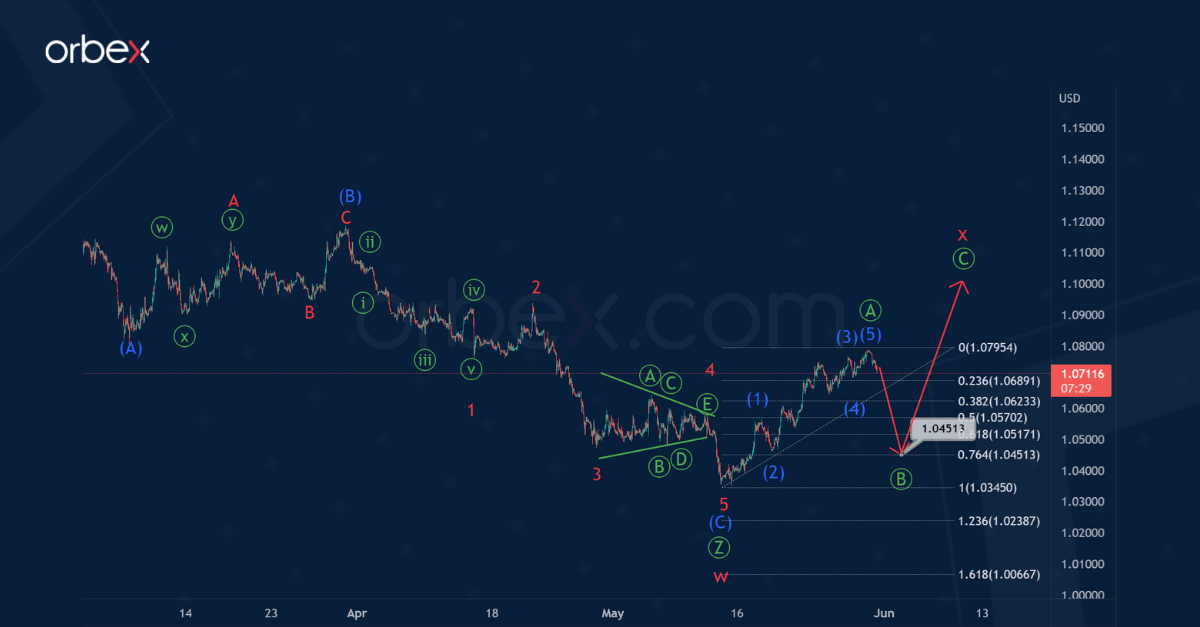 According to an alternative scenario, the bullish intervening wave x can take the form of a standard zigzag Ⓐ-Ⓑ-Ⓒ. Currently the primary impulse wave Ⓐ has ended. This consisted of intermediate sub-waves (1)-(2)-(3)-(4)-(5).

In the near future, a decline in the currency in the primary correction wave Ⓑ is likely.

The end of the corrective decline is possible near 1.045. At that level, wave Ⓑ will be at 76.4% along the Fibonacci lines of impulse Ⓐ.

Test your strategy on how the euro will fare with Orbex – Open your account now.

3 Tips to Help You Develop Self-Discipline in Trading

Natural Gas is Trading in a Higher Degree Correction