This week so far has been generally quiet for most markets in summer mode, but the dollar has remained strong in recent days. Asian shares have declined since Monday after the People’s Bank of China unexpectedly cut its annual loan prime rate. This preview of weekly data looks at EURUSD and UKOIL ahead of this year’s symposium at Jackson Hole.

Last week featured no major action by central banks, but the Norges Bank announced a double hike while the TCMB cut by 1% to 13%. This week features no significant decisions but traders will be watching Jerome Powell’s comments closely. Dr Powell is expected to speak at the Fed’s annual symposium in Jackson Hole, Wyoming at 14.00 GMT on Friday. His remarks could be key for determining whether the Fed will stick to aggressive tightening to control inflation as expected and how high the funds rate might go early next year.

The main regular releases of data this week are second estimate GDP growth from the USA on Thursday followed by personal income and spending on Friday. Traders are also looking ahead to business climate and consumer confidence from Germany on the same days. Regular stock data is in focus for crude after comments from Saudi Arabia’s energy minister hinting at cuts in production. 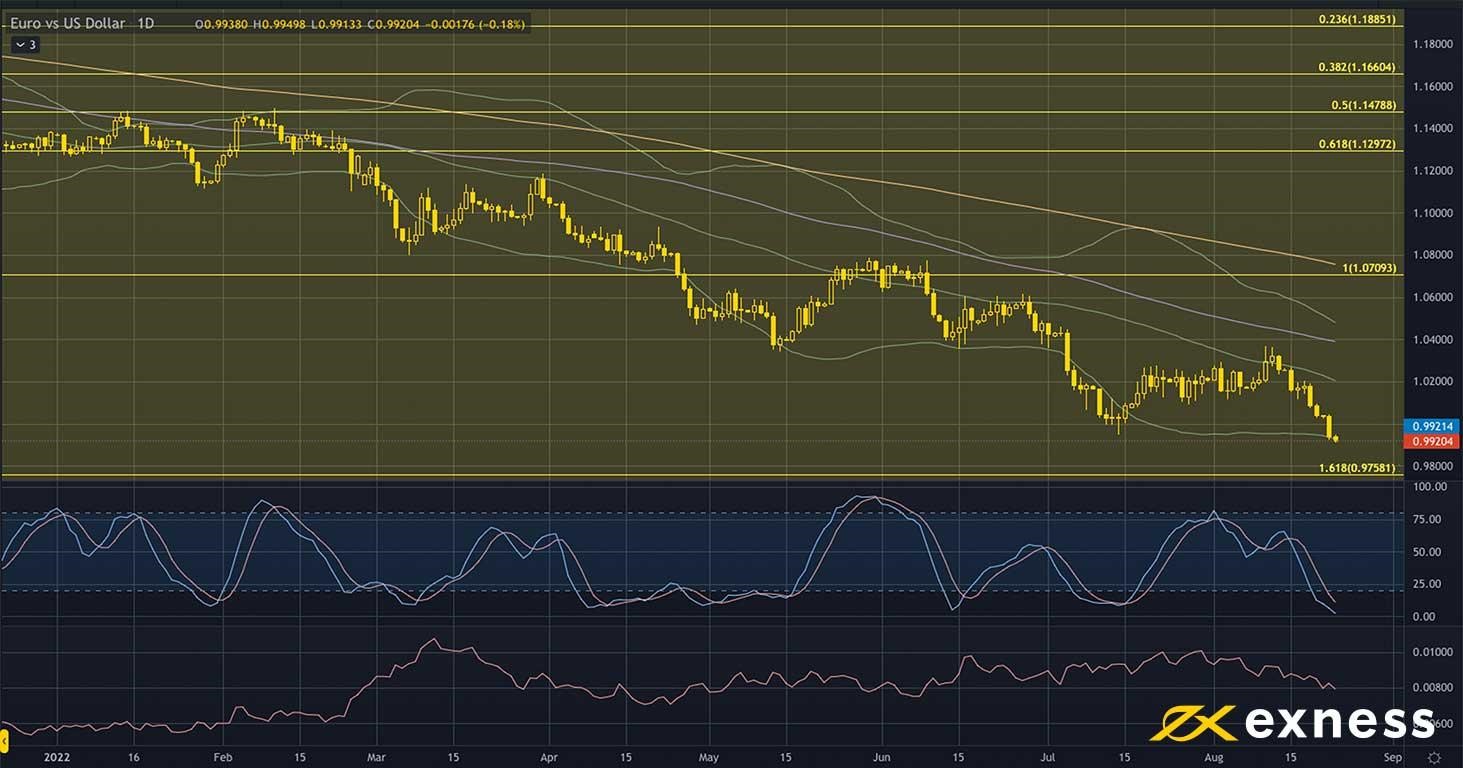 Euro-dollar moved below parity more clearly on 23 August as worries of a recession in the eurozone affected by the energy crisis continues while participants generally seem to expect the American economy to make a soft landing. The European Central Bank has been much slower than the Fed to hike rates although it did call for a double hike last month. Meanwhile the USA is much less exposed to rising prices of natural gas compared to the major economies of the eurozone. 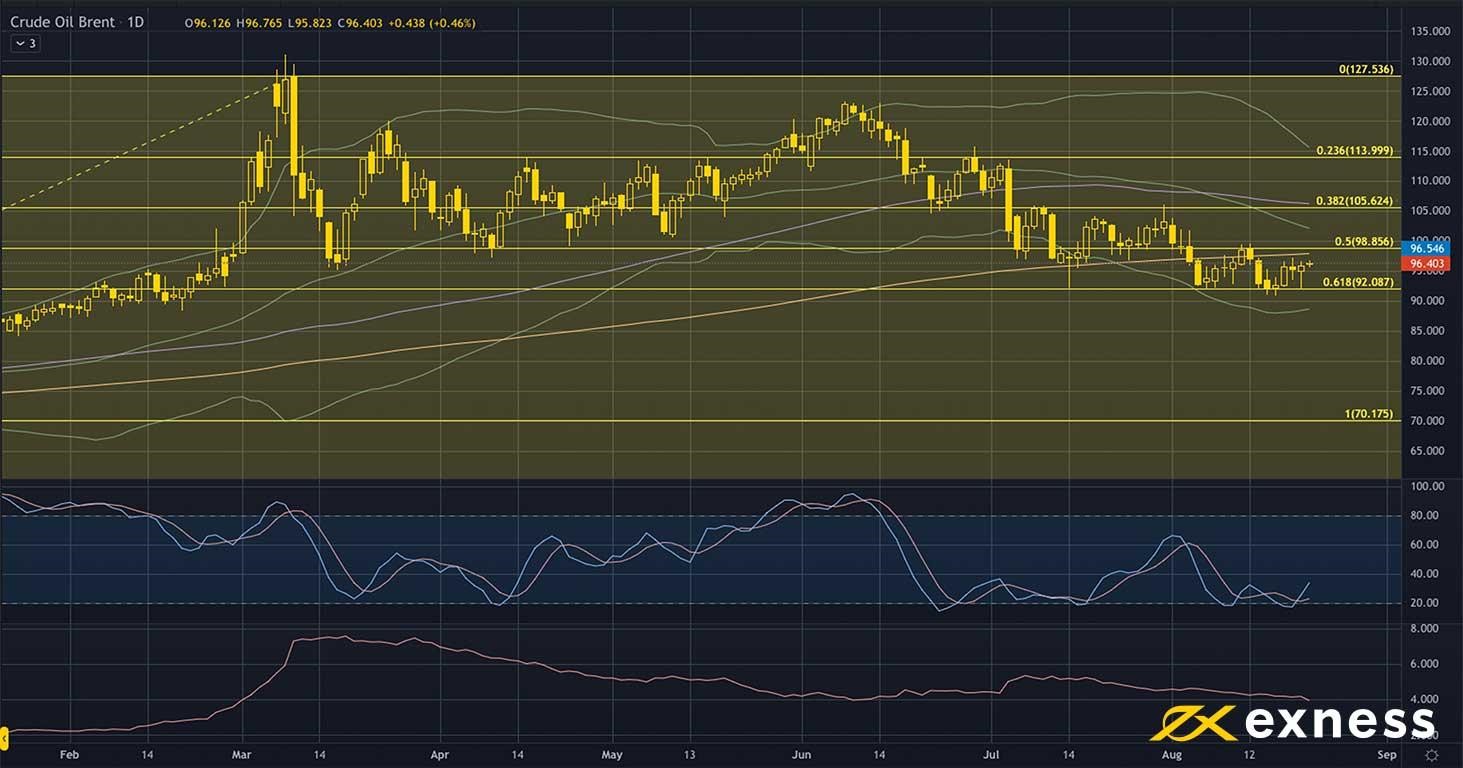 Oil has been somewhat stronger so far this week after some participants understood Saudi Arabia to have cautioned that OPEC+ might move to cut output in the face of recent declines in prices. Conversely, lingering concerns over recession and the possibility of significantly higher Iranian supply if the 2015 deal is resurrected have been negative factors for crude. The People’s Bank of China’s unexpected cut to its annual loan prime rate on Monday suggests that Chinese authorities might be worried about growth, which is a negative factor for oil also.

A channel appears to have formed between the 50% and 61.8% Fibonacci retracement areas. It might be difficult for the price to break this unless there’s some confirmed fresh information coming to markets over the next few days. With the price below all three of the 50, 100 and 200 moving averages and below the key psychological area of $100, the bias seems to be to the downside for now. However, this might be contradicted by news and data. While traders will obviously watch any further comments from OPEC+’s energy ministers this week, regular stock data are also in focus after last week’s surprise.

Bold indicates the most important release for this symbol.

Disclaimer: the opinions in this article are personal to the writer and do not reflect those of Exness or LeapRate.

Intraday Market Analysis – USD Consolidates Across the Board