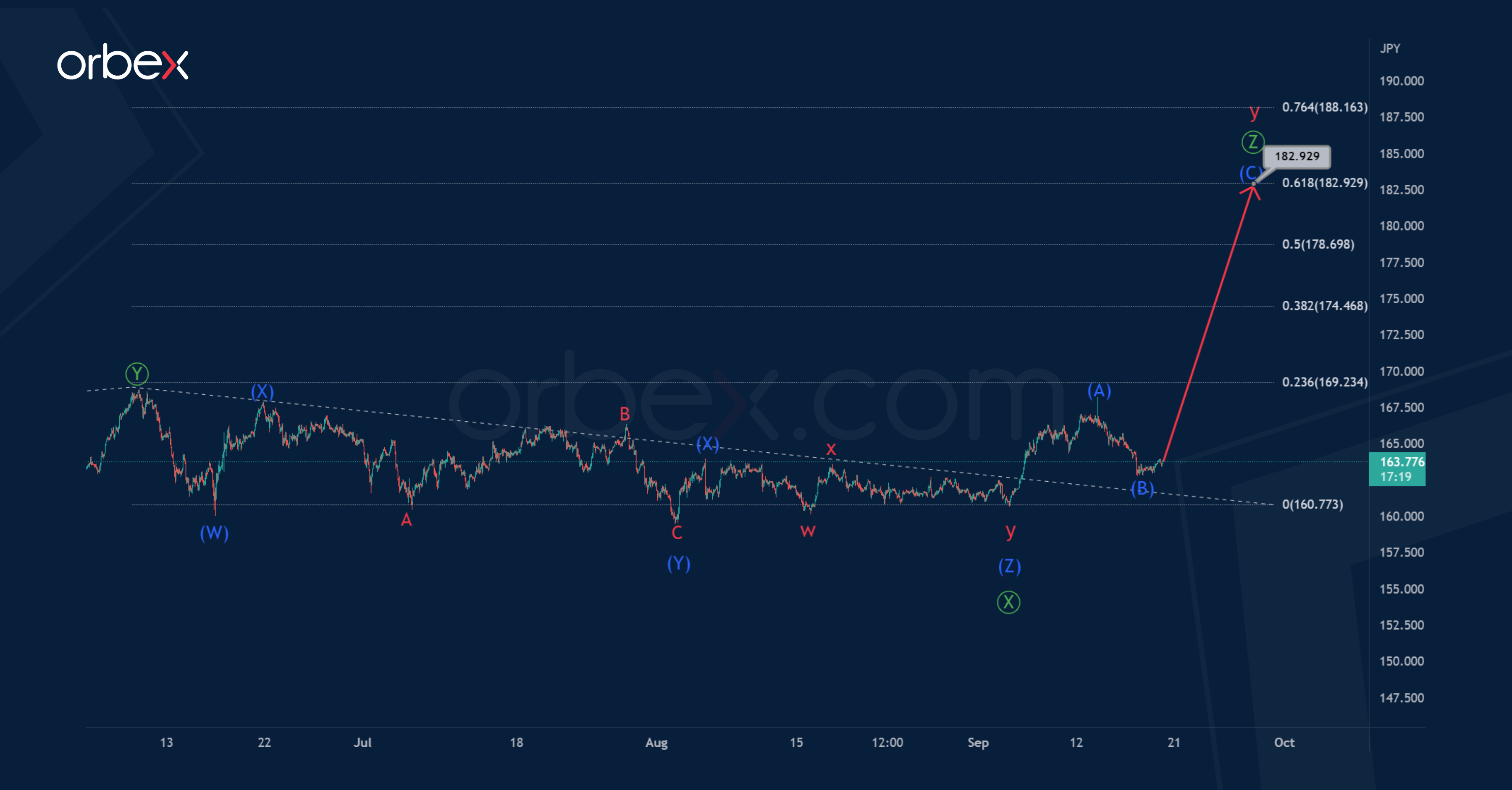 GBPJPY seems to be forming a global corrective trend which takes the form of a double zigzag. On the 1H timeframe, the final actionary wave y of the cycle degree is underway.

Wave Ⓩ forms a standard zigzag, in which the first two parts have ended. In the coming trading weeks, the intermediate correction wave (C) is likely to increase, as shown in the chart. 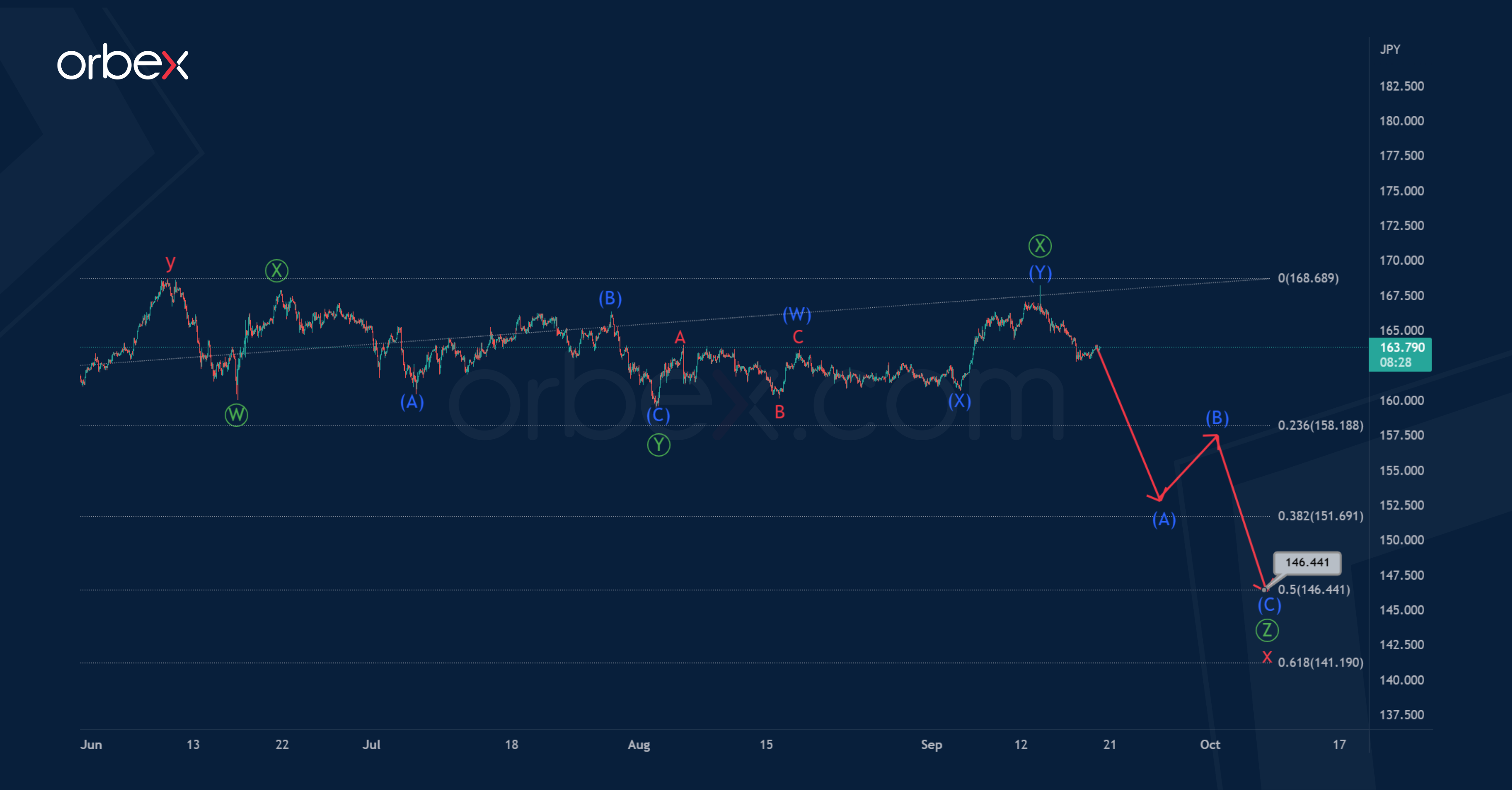 According to an alternative scenario, the market builds not a double, but a triple zigzag w-x-y-x-z of the cycle degree.

Now in the last section of the chart, we see a corrective movement in the cycle wave x. This wave, judging by its structure, could take the form of a triple zigzag Ⓦ-Ⓧ-Ⓨ-Ⓧ-Ⓩ.

It is possible that the market will fall in the last wave Ⓩ to 146.44. At that level, cycle wave x will be at 50% of actionary wave y.

XBT vs. BTC: What Is the Main Difference?

Trading News for Beginners How to Spot and Trade News Categories

The “Smoke” That Signals An Economic Crisis