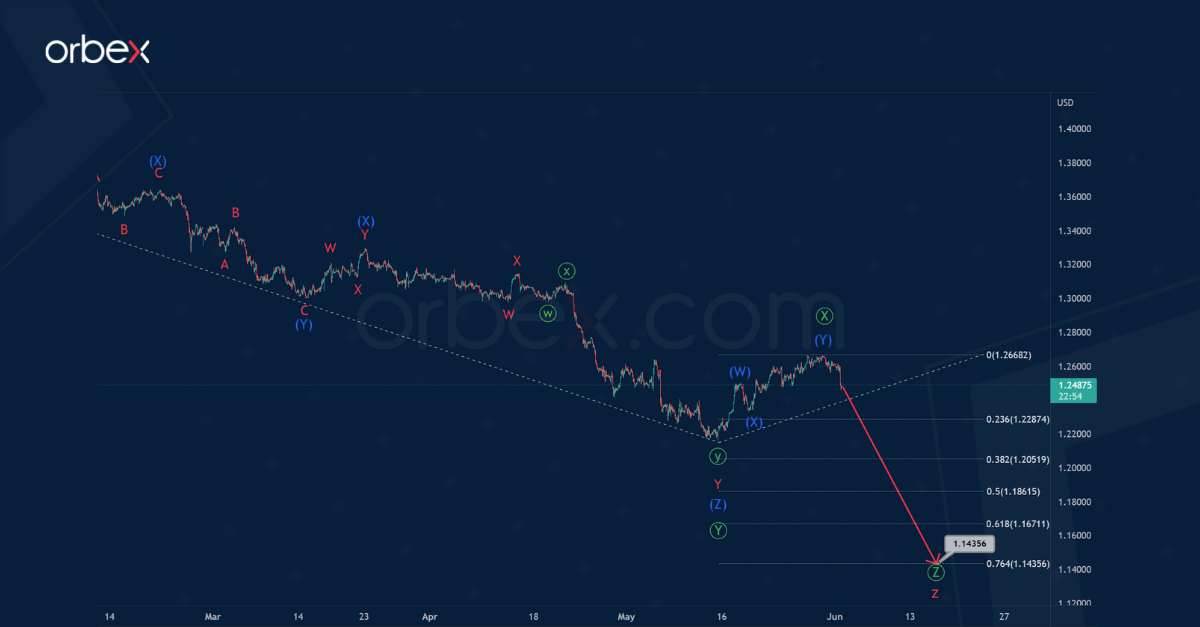 GBPUSD eyes the formation of a global corrective triple zigzag w-x-y-x-z. On the 1H timeframe, we see the final actionary wave z of the cycle degree.

The wave z most likely takes the form of a primary triple zigzag Ⓦ-Ⓧ-Ⓨ-Ⓧ-Ⓩ. Perhaps the bullish price movement within the primary intervening wave Ⓧ has ended. This has taken the form of an intermediate double zigzag (W)-(X)-(Y).

It is likely that in the near future the bearish trend will continue to develop in the primary wave Ⓩ. This could complete its pattern near 1.143.

At that level, wave Ⓩ will be at the 76.4% Fibonacci extension of previous actionary wave Ⓨ. 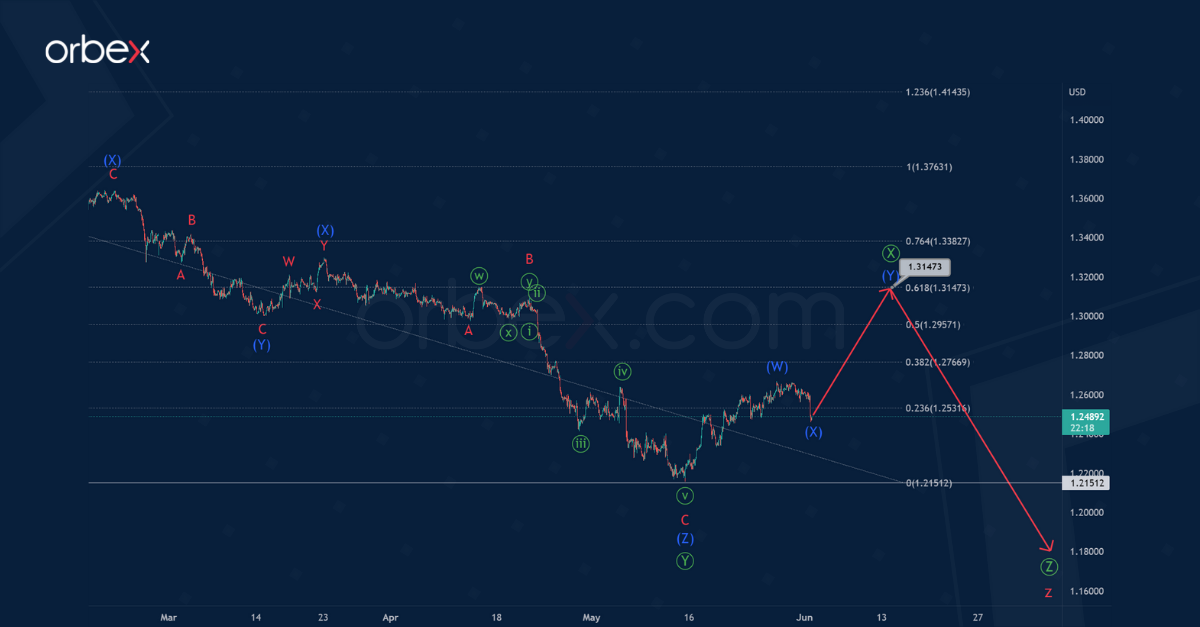 Time to Prepare for a Recession?

According to an alternative variant, the formation of the primary intervening wave Ⓧ has not yet ended.

Thus, in the upcoming trading days, the price will increase in the bullish intervening wave Ⓧ.

After reaching the level of 1.314, the market could turn around and continue its downward movement in the primary wave Ⓩ.

James Dines, the ‘Original Goldbug,’ Remembered by His Peers :: InvestMacro