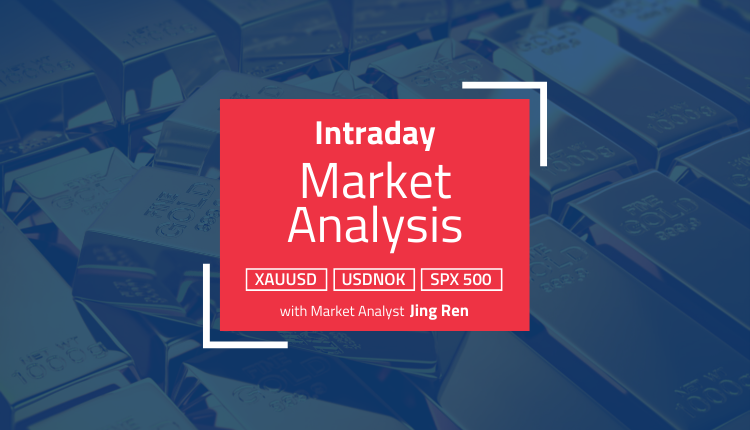 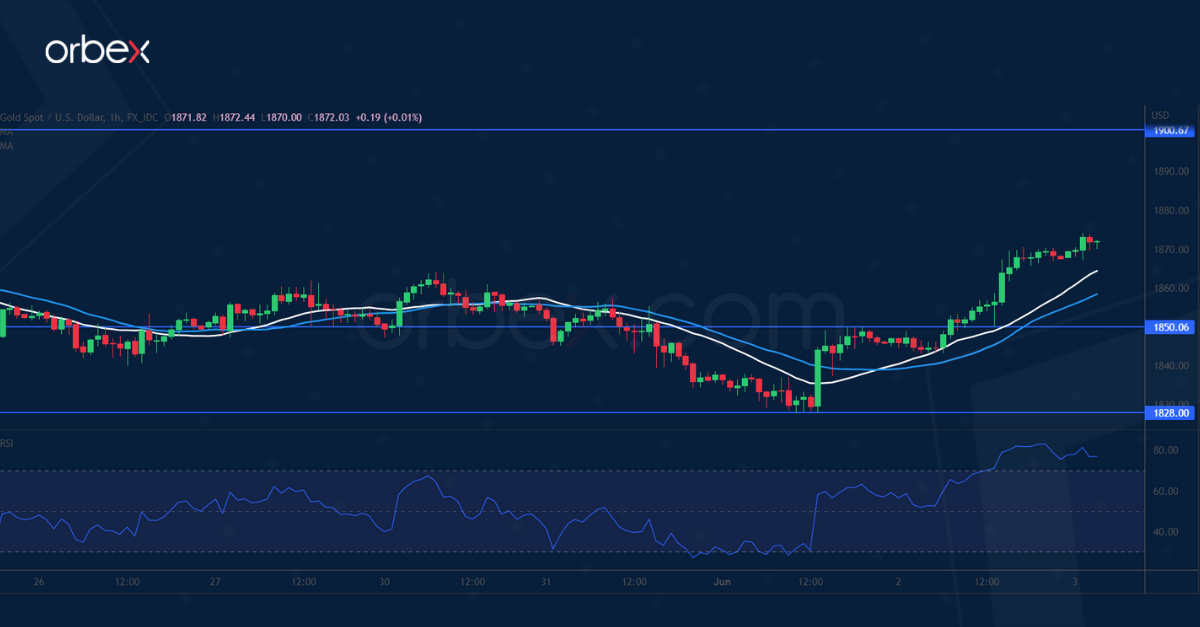 Bullion bounces higher as the US dollar falls across the board. The price previously came to a halt near the 30-day moving average (1870). But sentiment remains upbeat as long as the base of the previous rally at 1810 is intact. The discounted price and an oversold RSI have triggered a ‘buy-the-dip’ behaviour. A close above 1860 would kick out the selling interest and attract momentum buying, extending the recovery towards the psychological level of 1900. 1850 is a fresh support as the RSI shot into the overbought area. 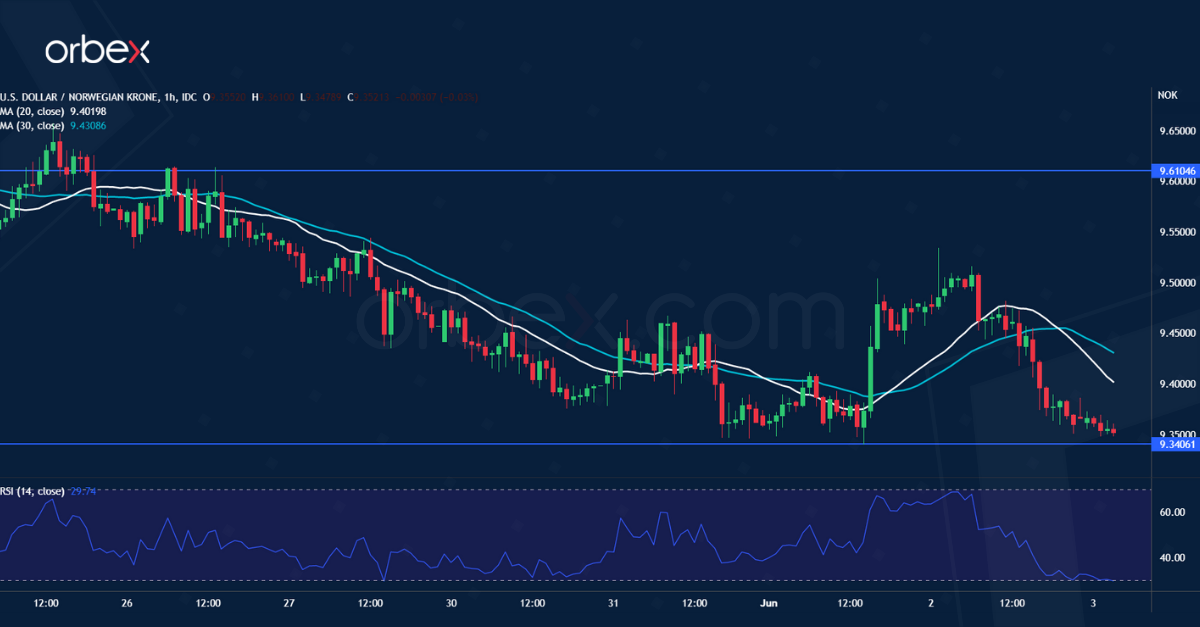 The Norwegian krone recovers as oil prices recoup losses from earlier this week. On the daily chart, the RSI’s double top in the overbought area called for some breathing room, but the dollar’s uptrend is still intact in the medium-term. The latest upward momentum has prompted sellers to cover their positions. But the bulls will need to clear the supply zone around 9.6100 to bring in more followers. Failing that, a drop below 9.3400 would send the pair to the daily support at 9.2100 which is a critical floor for the greenback. 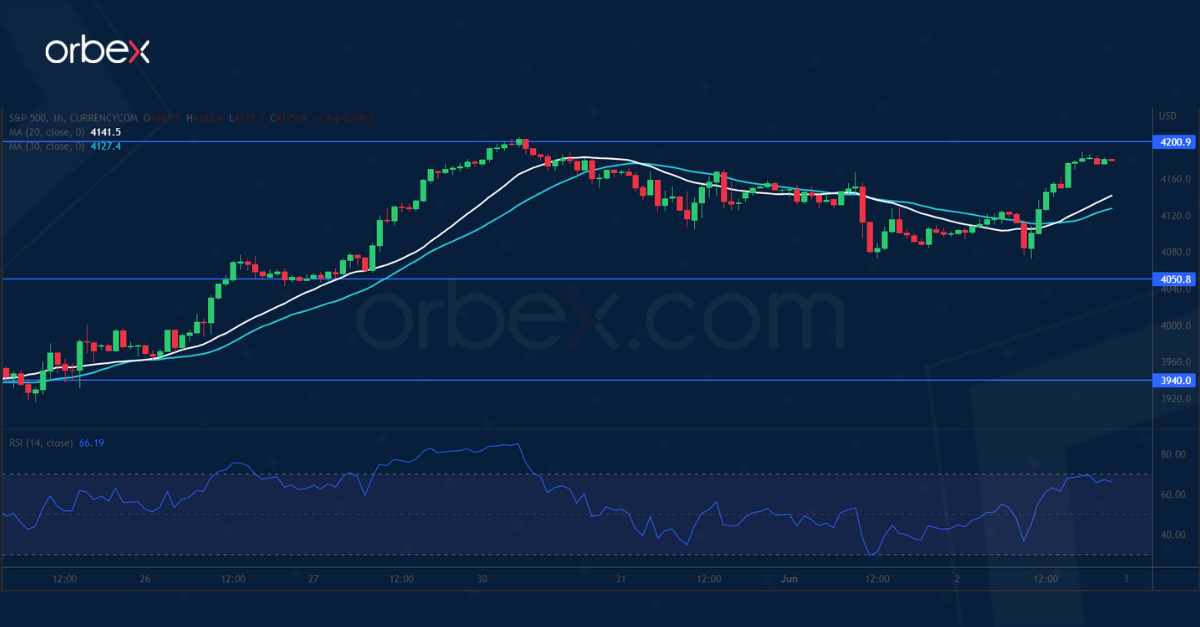 Technical analysis of US Crude, XAUUSD, and EURUSD for today (17 June 2022)

The S&P 500 rallies as a tight labour market eases worries of an economic slowdown. The index came under pressure at 4200 from the sell-off point in early May. A combination of profit-taking and fresh selling would test the strength of the current rebound. 4050 at the start of the recent bullish breakout is a key support to assess buying interest. Its breach may leave the price vulnerable to a liquidation towards 3880. On the upside, a rebound above 4200 could trigger a runaway rally above the daily resistance at 4300.

The Next Big “Market Unwind” Explained

Market Update – May 6 – Massive U-turn ahead of NFP

How to Play the Tech Reversion