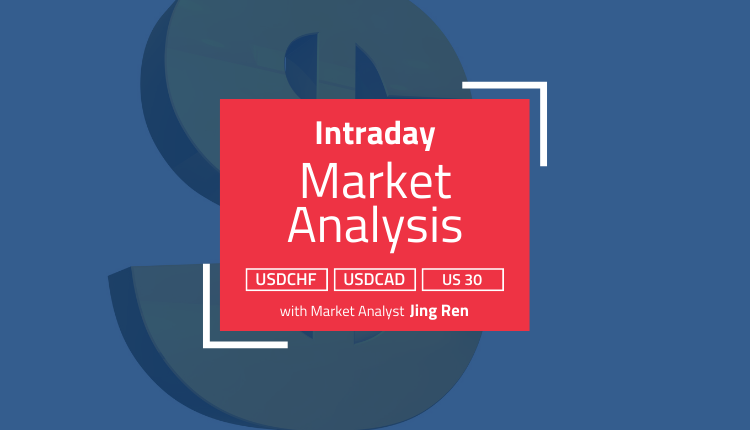 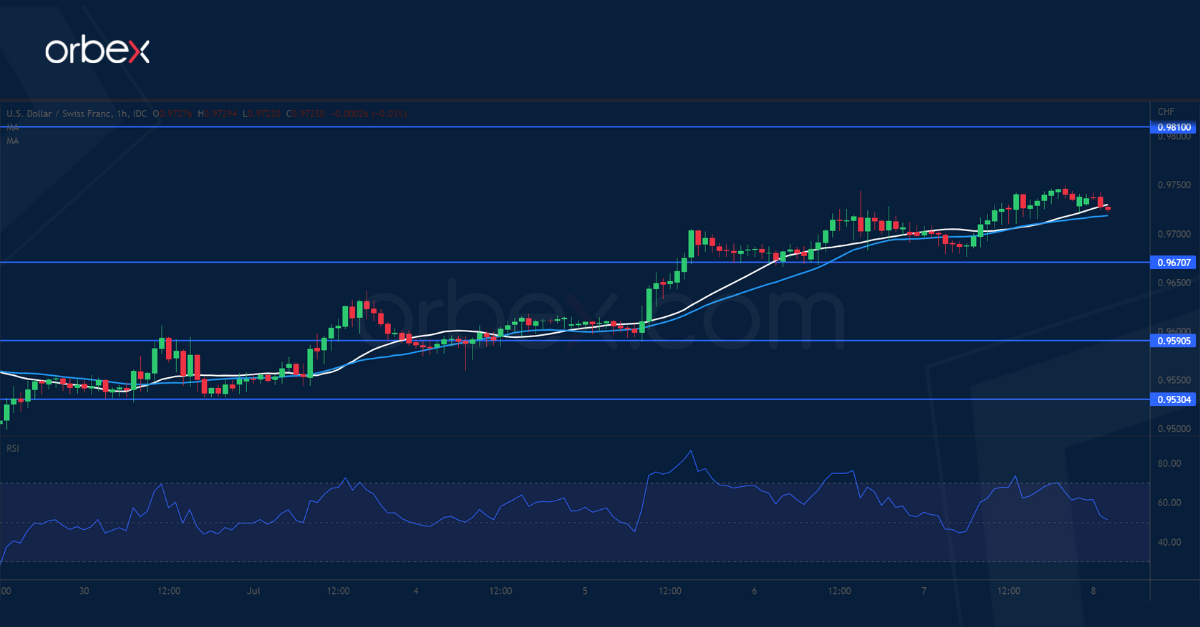 The US dollar strengthens as strong wage growth is expected. On the daily chart, the price’s wide swings seem to be forming a pennant consolidation pattern. A break above the supply zone around 0.9680 forced sellers to cover their bets, which might pave the way for a second leg of rally. 0.9810 from the mid-June liquidation is another hurdle ahead. Its breach could lift offers back towards the parity. Meanwhile, the pair is struggling with a repeatedly overbought RSI, 0.9670 is the first support in case of hesitation. 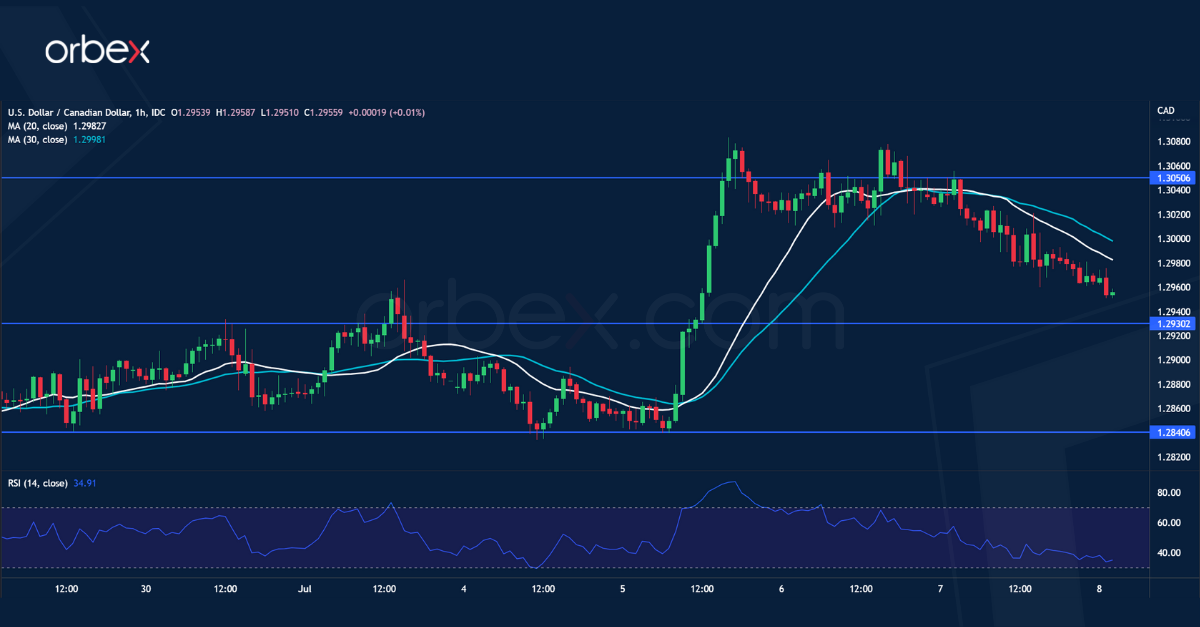 The Canadian dollar consolidates ahead of jobs data. A surge from the 30-day moving average (1.2840) reveals strong buying pressure. A break above June’s peak at 1.3070 signals that the bias remains up. Momentum is fading as intraday buyers took profit. As the RSI drops back into the neutrality area, the bulls may see it as an opportunity to catch the next upward swing. 1.2930 at the origin of the breakout is a fresh support and 1.2840 a major level to keep the rebound intact. A close above 1.3050 would resume the rally.

US 30 hovers below resistance 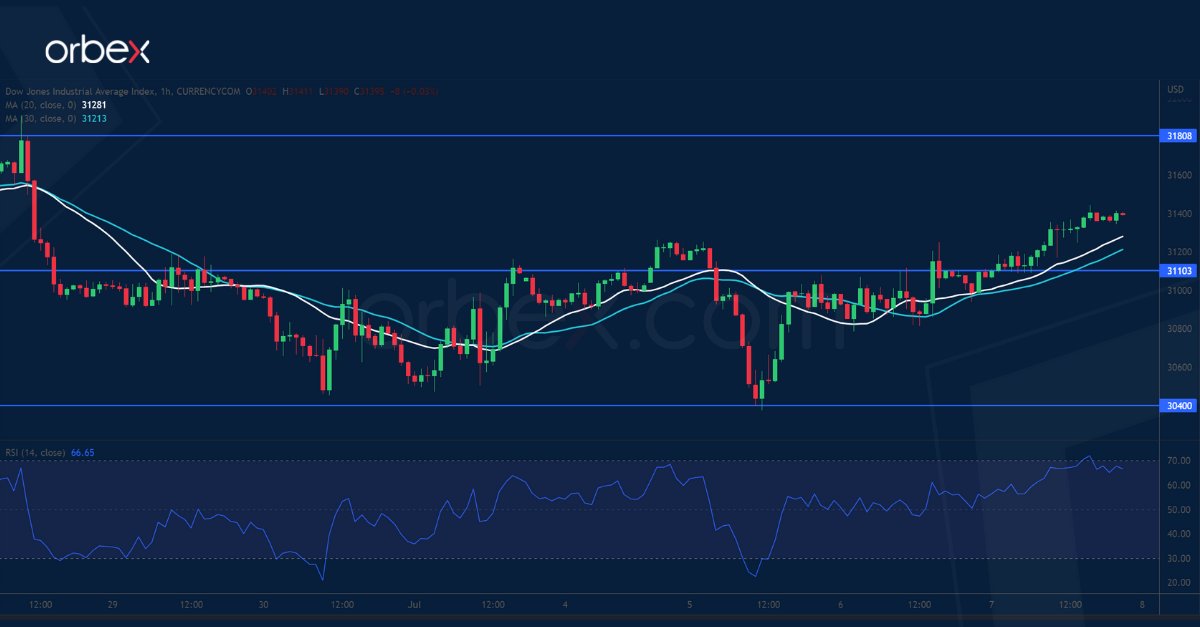 Fed Powell: We need to act now, strongly as we have be doing

The Dow Jones 30 clawed back losses as traders await clues from nonfarm payrolls. The last rebound came to a halt at the 30-day moving average near 31800. Despite an overwhelmingly downbeat mood, the index has proved to be resilient for now. A bounce off the demand zone around 30400 suggests that the bulls are still in the game. They will need to push past the said resistance before a sustained recovery could get a foothold. Otherwise, 31100 from a former supply zone is now the closest support.

The Pound Is Losing Momentum