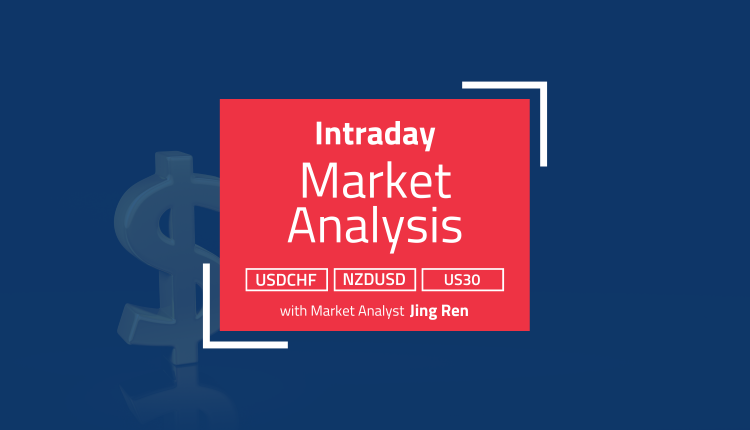 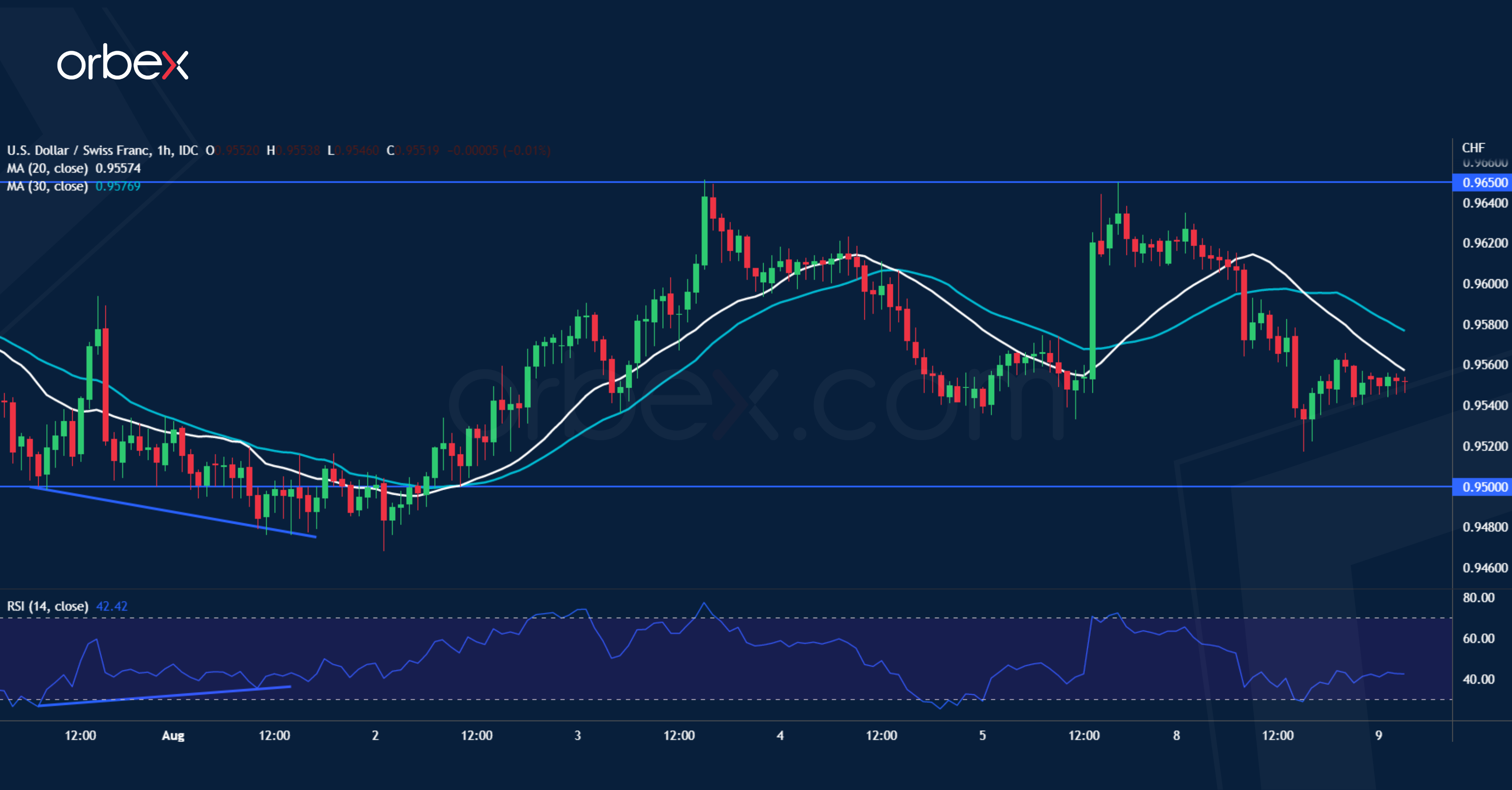 The Swiss franc consolidates as July’s unemployment rate holds steady. A bullish RSI divergence suggests a deceleration in the previous sell-off. Successive breaks above 0.9580 and 0.9630 prompted the short side to cover and reconsider. Sentiment may turn around if the greenback stays above the demand zone near 0.9500. A close above the double top at 0.9650 would extend the rally towards 0.9810 next to the July peak. On the downside, a bearish breakout could trigger a new round of liquidation towards 0.9350. 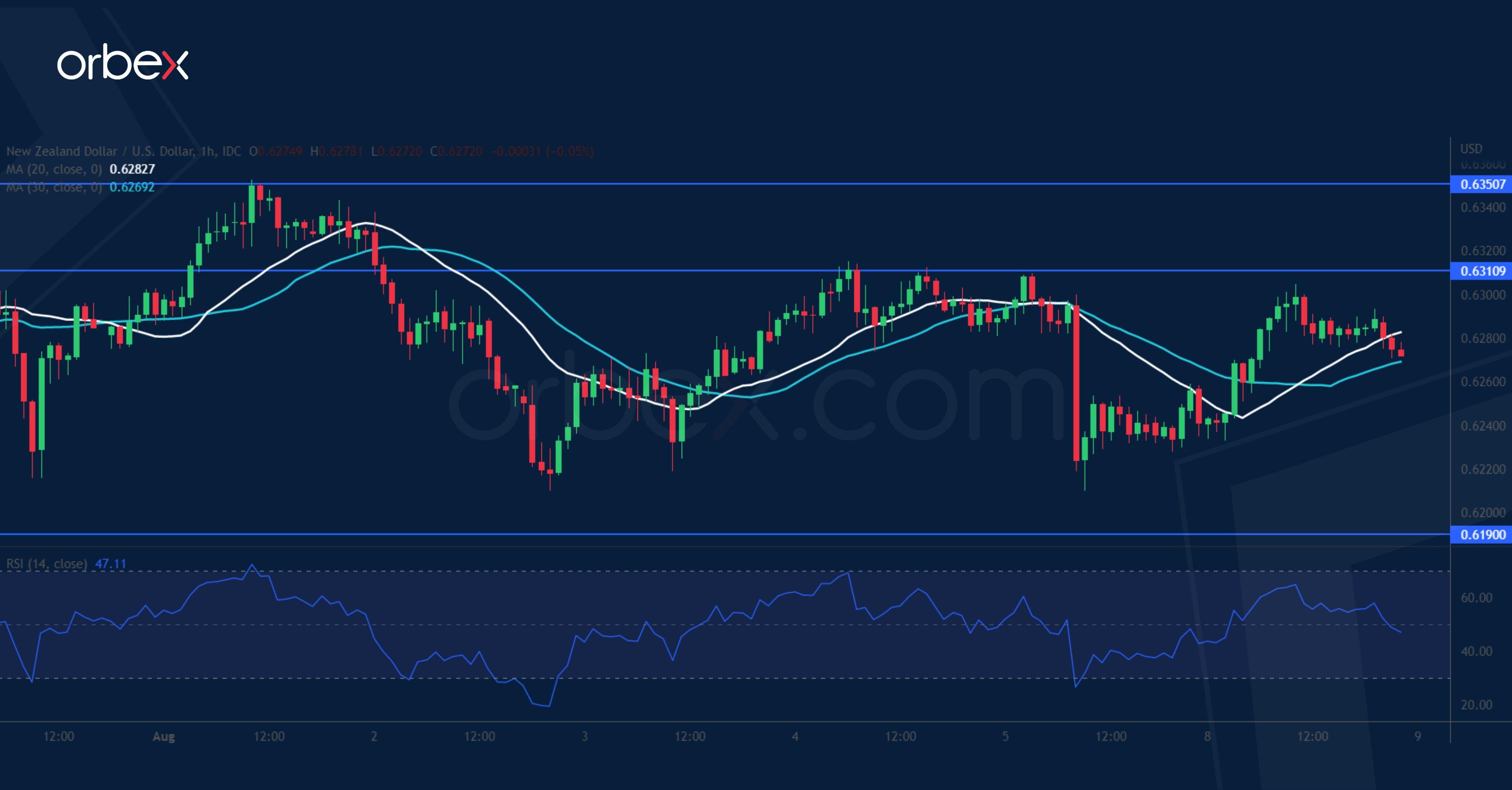 The New Zealand dollar loses steam after a slowdown in inflation expectations. The price is at a crossroads after the recent rally came to a halt in the supply zone (0.6350), while a bullish MA cross on the daily chart may attract more buying interest. A rally above 0.6310 and the said hurdle could propel the kiwi to June’ high at 0.6560, alleviating the downward pressure in the medium-term. 0.6190 is a key support as the bulls look to consolidate their gains. Further down, 0.6120 is a critical floor to keep the current rebound intact. 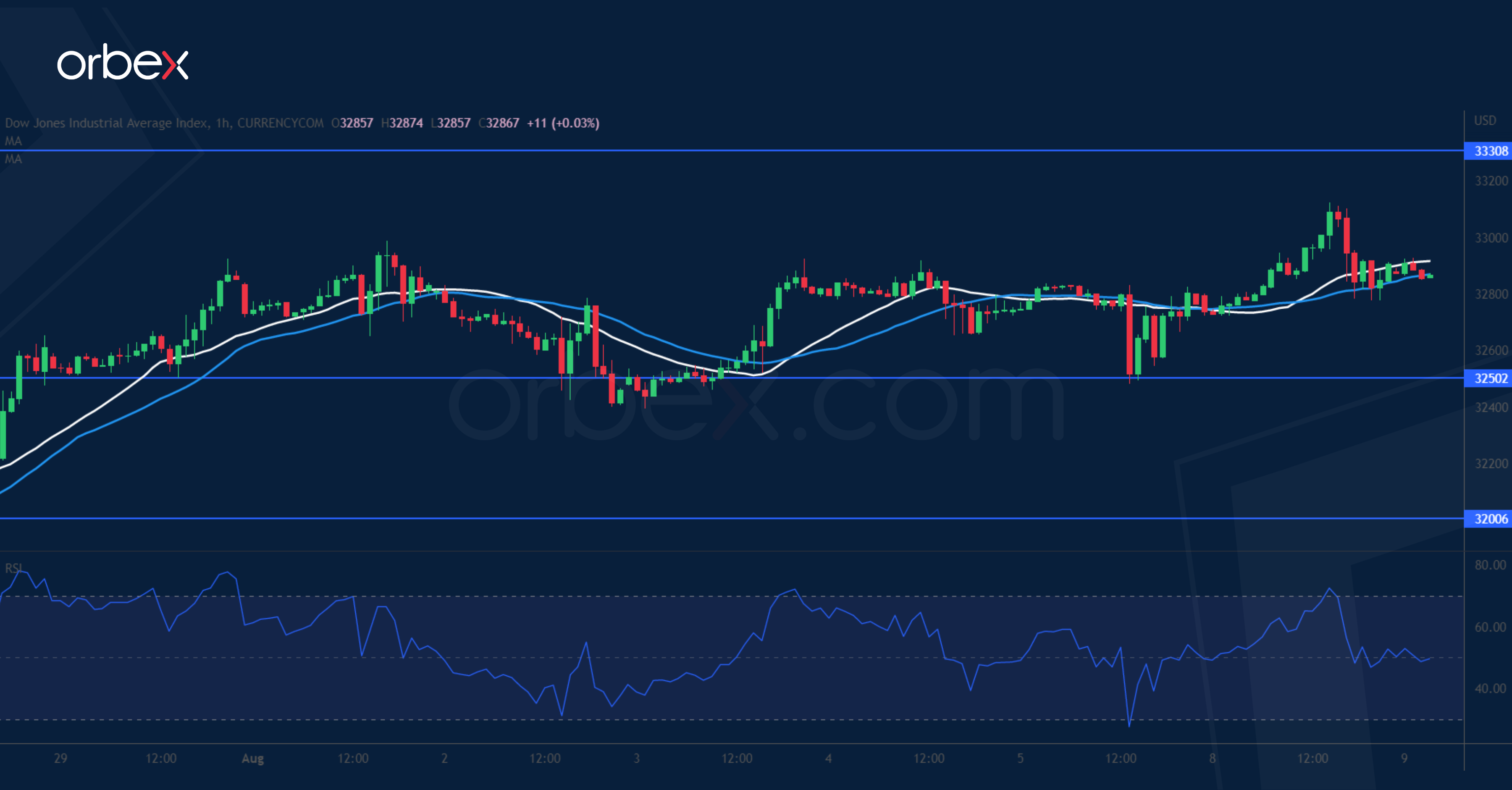 The Dow Jones 30 treads water as strong US jobs data may underpin aggressive tightening. The index has found bids over 32500. June’s high at 33300 is a major resistance. The RSI’s repeated overbought condition may cause a pullback as profit-taking meets fresh selling in the supply zone. A bullish breakout would trigger momentum buying and flush out a slew of medium-term sellers, which would pave the way for an extended recovery in the weeks to come. A fall below 32500 would trigger a correction towards 32000.

How to Trade Google as Advertising Revenue Remains Robust