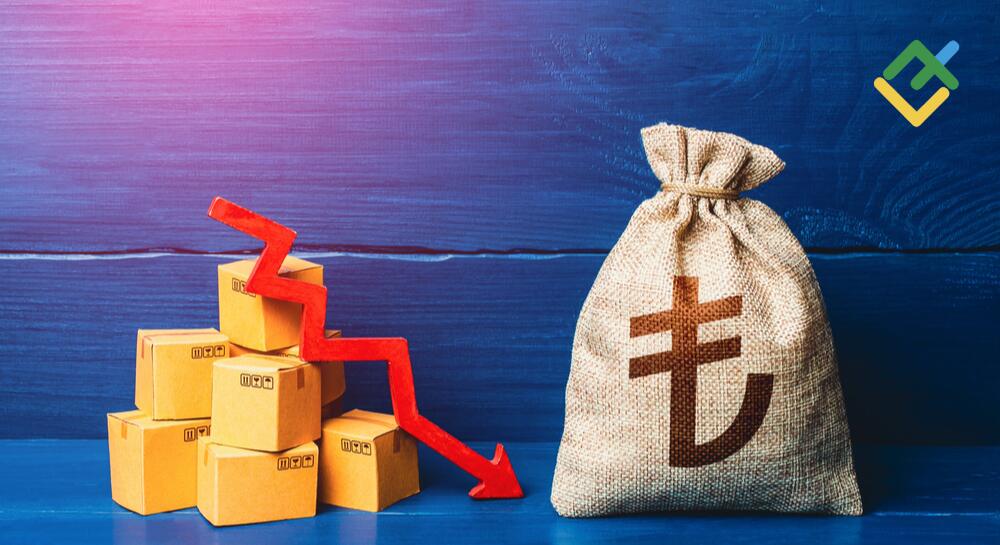 In trading, not following fundamental analysis does not necessarily lead to losses. This is because many factors are not taken into account. But central banks are required to act according to the rules. Turkey’s example shows that if they don’t, they will fail. Let’s discuss the topic and make up a trading plan for USDTRY.

Will the Fed be able to avoid a recession in the US economy? Will more than 60 central banks of the world succeed in curbing inflation with the help of monetary restrictions? We can discuss these issues for a long time. However, when it comes to Turkey, the jaw drops. Economic experiments attract mass attention but often bring huge problems for the country and turn out to be unsuccessful. A typical example is a situation in Turkey, where the president is doing it again.

At the end of 2021, Recep Erdogan stunned the financial world with a statement that he would fight high inflation by cutting interest rates. The Turkish Central Bank reduced them for four consecutive meetings, provoking a currency crisis and the growth of USDTRY to a new historical high of 18.2. The outflow of capital from banks forced the government to guarantee the compensation of depositors’ losses related to exchange rate differences, which stabilized the situation for a while. It was really about leaving the matter in abeyance, not solving it.

The acceleration of Turkish inflation to 73.5%, the highest value among the G20, encouraged USDTRY bulls. The real yield on local bonds of 59.5% is one of the lowest in the global debt market. Capital inflows under such conditions are very unlikely. No matter how much the Bank of Turkey raises rates, it will still not be enough. Judging by the president’s comments, the central bank intends to reduce them!

Dynamics of inflation and rates of the Bank of Turkey

Recep Tayyip Erdogan criticized those who lived luxurious lives and enriched themselves due to high interest rates, including foreign investors. The country wasted time trying to suppress inflation by tightening its monetary policy. Turkey needs to use monetary stimulus, which will boost economic growth and exports and improve the state of the trade balance. As a result, consumer prices will get tired of rising and automatically fall.

Alas, economic theory suggests otherwise. Persistently high inflation and credit growth rates widen the current account deficit and contribute to the TRY weakening. According to the Wall Street Journal, The Central Bank of the Republic of Turkey spent about $24 billion from January to March to support the lira. As a result, CBRT’s liabilities exceed assets by $60 billion. The regulator has borrowed large sums from commercial banks, fueling fears about a lack of dollars in the system.

Soon, the government and the central bank may again resort to unconventional measures, following the example of stabilizing the ruble exchange rate in Russia. At the same time, capital controls, including the mandatory sale of foreign exchange earnings, work well for commodity-exporting countries, but they are ineffective if the state imports raw materials. In this regard, the deeper the USDTRY correction, the better the opportunity to enter pair purchases with targets at 18.8 and 20.

VOLATILITY CONTRACTION PATTERN (VCP): HOW TO DEAL WITH IT TODAY