The euro touched a two-week maximum against the US dollar during early Wednesday trading, having recovered more than 2 percent since hitting parity with the greenback at the end of last week. There are two main reasons for this recovery: Expectations over a 100 basis points rate hike by the Fed have faded, following remarks by two of the most hawkish members of the Federal Reserve Monetary Committee, who confirmed it is still working under the assumption that the central bank will stick to the scripted 75 basis points increase. The cooling down of market expectations over the pace of the Fed’s hiking cycle translated into less demand for the dollar. Also supporting the euro are shifting expectations on the other side of the Atlantic, with foreign exchange traders alert to reports that mention the possibility of a larger than previously expected rate hike when the ECB meets on Thursday. According to some observers, the increase could be of 50 basis points, instead of the 25 bp previously signalled by the European Central Bank. 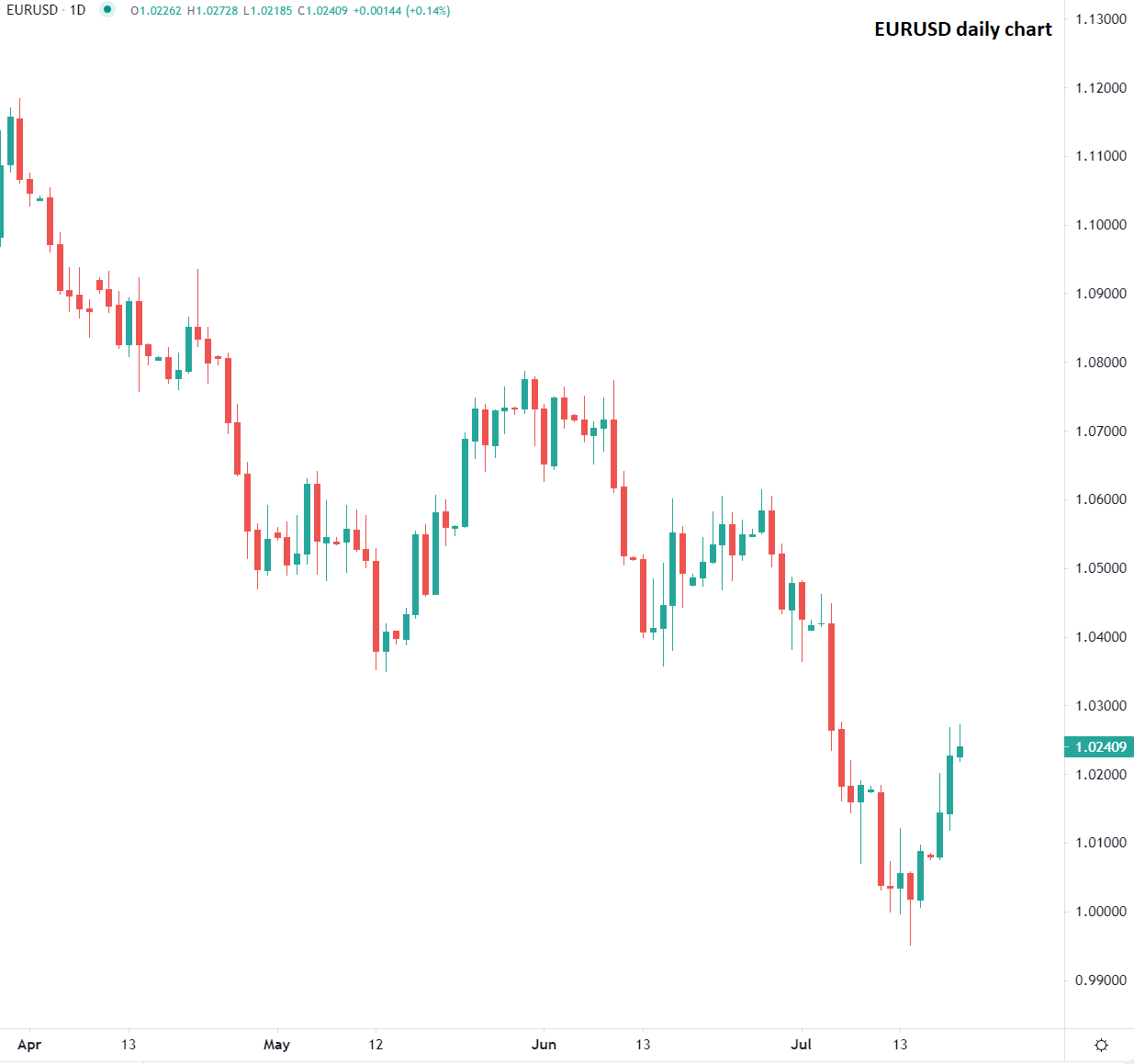 Equity markets opened higher everywhere on Wednesday, from Japanese shares to US Futures, with tech stocks as the best performers. An optimistic wind is blowing on financial markets this week as investors welcomed the latest batch of earning reports in the US. The fact that companies are showing a certain resilience to the current environment is reassuring market operators who have now started betting on a less aggressive monetary tightening than initially expected. Even if we’re not out of the woods yet, more and more traders now tend to believe the worst is behind for equity markets this year. On the old continent, investors are likely to maintain their focus on tomorrow’s ECB meeting where details about the new “unconventional” bond buying tool are expected to be provided, alongside a possible rate hike, which could significantly impact market sentiment on the short to mid-term at least.

How to Setup RSI Alerts on TradingView

The Best Lubricant For “Sticky” Inflation