The US dollar bounced back during early Thursday trading, recovering the losses suffered after Jerome Powell spoke to the US senate. The greenback lost ground to other major currencies after the Chairman of the Fed defended the need to curb inflation, acknowledging the risk of such policies triggering a recession. The markets reacted immediately, with bond yields dropping and the dollar following suit, with fears of an economic contraction weighing more on the sentiment of investors, than Mr Powell’s commitment to carry through the ongoing cycle of tightening. However, such dynamic was short-lived, and this morning the greenback recovered the losses as the European session got underway. Later today we can expect the second session of this testimony, which is likely to trigger more dollar volatility in the markets. 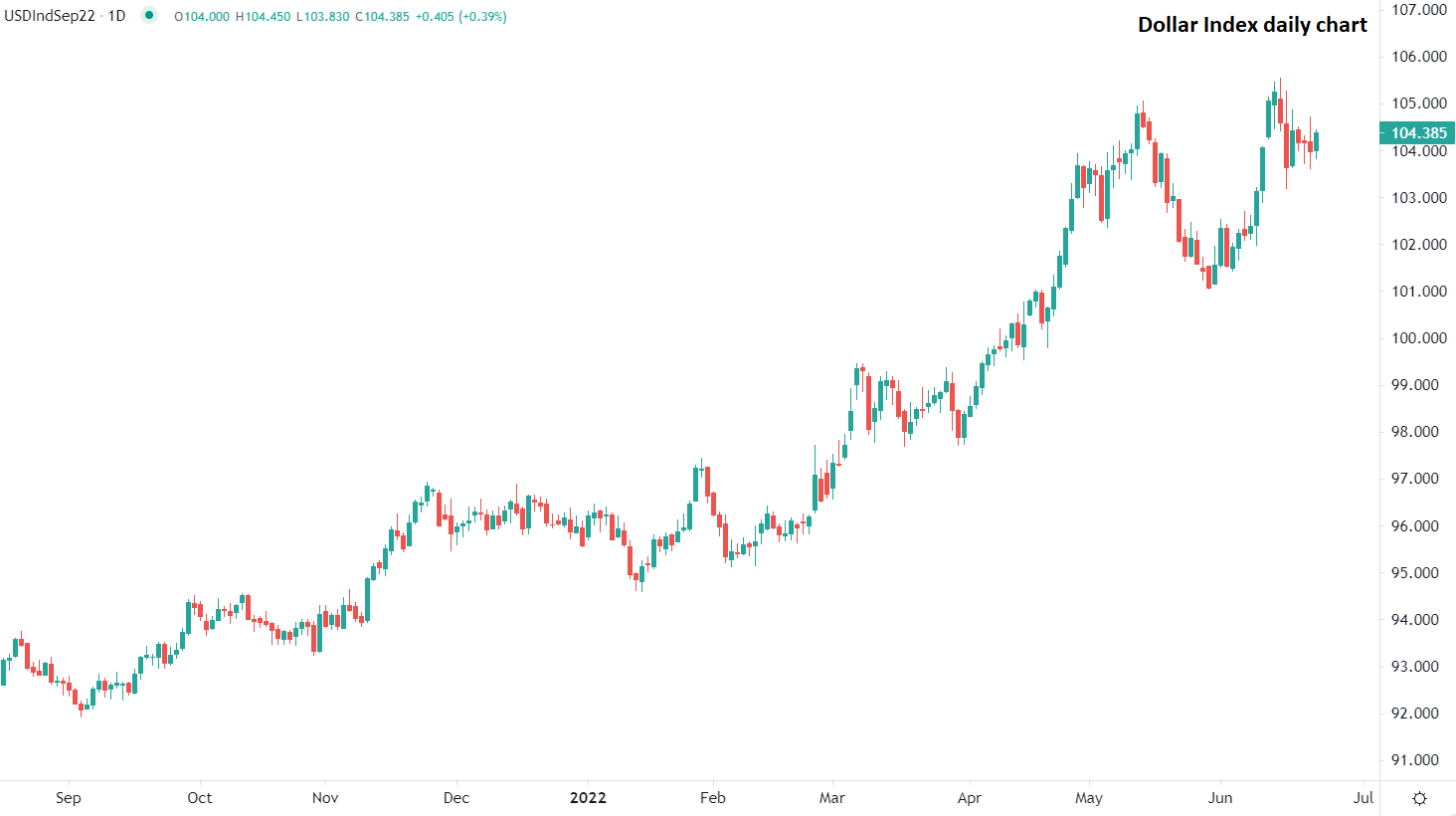 Shares slid lower in Europe and pared yesterday’s gains, alongside US Futures, as market sentiment gets weighed down by the latest comments from Federal Reserve chief, Jerome Powell. Uncertainty and fear trading prevail today as investors continue to hedge their exposure on stocks with safer havens such as gold, treasuries and the JPY currency. This rotation between the different asset classes increased soon after Powell’s words about the negative impact of a too steep policy switch, and the likelihood of an upcoming recession. This confirms the cloudy mid- to long-term outlook for riskier assets and the current lack of directionality for these markets. Further details may be provided today as the Fed Chairman will speak before the US House while the ECB will release its economic bulletin. Meanwhile, investors are awaiting major data today with Eurozone PMIs as well as the US initial jobless claims due later this afternoon.

The STOXX-50 still trades towards its annual low, currently inside the 3,427/3,380 zone and weighed down by mining and energy shares.