After a losing streak that covered the last few sessions, the US dollar is gaining ground on its peers during early Wednesday trading. Since mid-May the greenback gave up some of the gains that had seen it reaching an almost 20-year maximum in relation to other major currencies. Fears of a recession triggered by excessive tightening of monetary policies gave investors reasons to question if the Fed’s determination to combat inflation would start to fizzle-out. Today’s release of the May’s FOMC minutes will provide more clues on how policy makers stand in relation to the issue of fighting inflation versus supporting economic growth – and while still unlikely, should any significant signs of dovishness emerge from the FOMC minutes, the dollar could give up more of the gains accumulated since the beginning of the year. 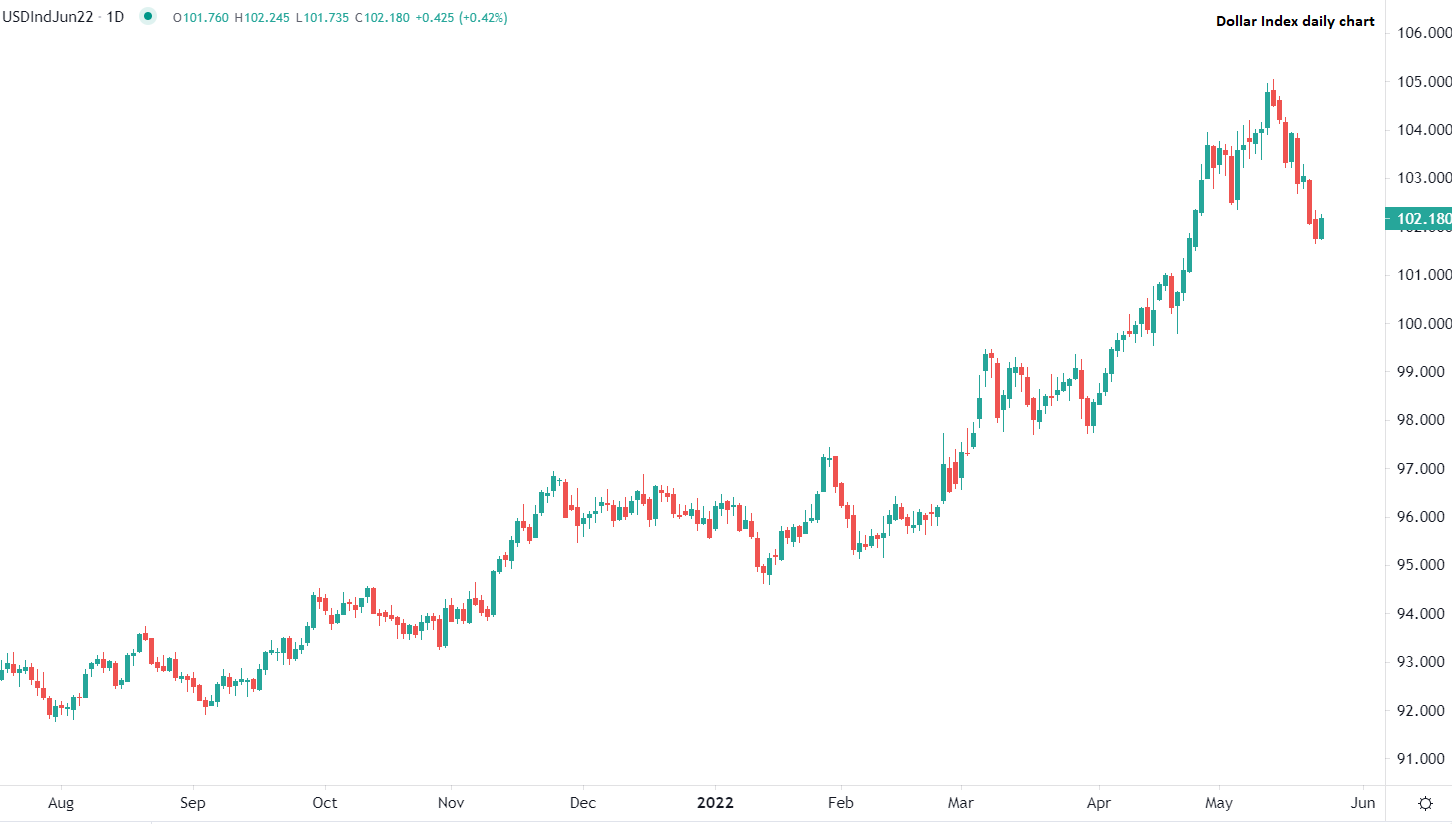 Gold prices hedged down during early Wednesday trading; a move dictated by a strengthening US dollar. The precious metal price action has, to a large extent, been determined by its inverted correlation with the greenback, and today’s picture is a perfect snapshot of that dynamic. After a losing streak that lasted for several sessions, the dollar is finding support ahead of the publication of May’s FOMC minutes. Some of the recent dollar losses, that translated into gold gains, were due to fears of a recession being triggered by excessive monetary policy tightening, which induced doubts amongst investors, over how determined the Fed would be to maintain the current hawkish stance. However, as the publication of the minutes approaches, the dollar is gaining traction, showing that most bets are on the Fed maintaining the current course; in such a scenario, the dollar could once again reach towards the almost 20 year highs reached earlier in the month, meaning there could be scope for gold prices to drop further. 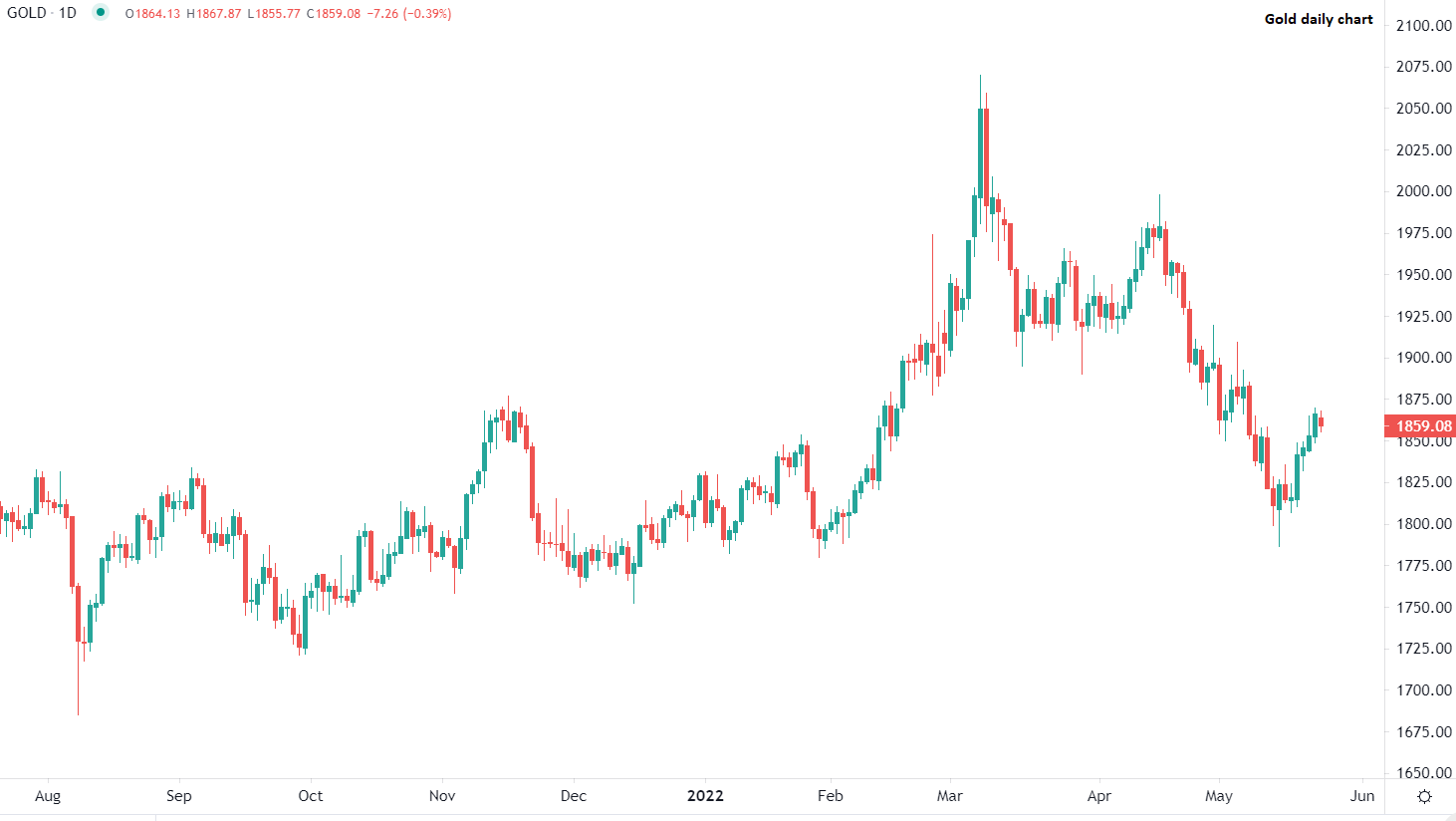 Stock markets were trading higher at the beginning of the European session on Wednesday, as rotation from risk to safer havens slowed ahead of another busy day on the macro front. Investors are awaiting more clues on where monetary policies are going in both Europe and the US, as it will certainly shape market sentiment for the next couple weeks or months. More details should be provided by today’s release of the minutes of the last FOMC meeting as well as another speech from ECB President Christine. Lagarde, alongside the EU Financial Stability Review. In the meantime, stock markets are likely to remain volatile and without clear direction ahead of these major data, despite this morning’s bullish price action led by Financials, Utilities and Energy shares. The Stoxx-50 index is flirting with the 3650.0pts level as the consolidation continues. The first available support can be found over 3635.0pts while strong resistances capping the market are located closer to 3700.0pts, at 3695.0pts and 3725.0pts precisely. Any price action outside of these levels could lead to much more directional trend.

Technical analysis of US Crude, XAUUSD, and EURUSD for today (21 June 2022)