Summer trading is already here as June started last week. As a result, the price action is usually lull during the summer months, with little or no movement.

However, this year might differ. One reason to support more volatility in the FX markets, and not only is the quantitative tightening or QT program that began June 1 stin the United States.

To understand QT, one needs to start with the QE or quantitative easing. This is a program first introduced by the Federal Reserve of the United States under the leadership of Ben Bernanke.

The Fed’s Chair during the 2008-2009 Great Financial Crisis and in the years that followed was the first one to introduce QE as part of the so-called “unconventional” monetary policy. It means that the Fed already lowered the funds rate to zero, but it needed to do more.

Buying government bonds was the solution dubbed quantitative easing. It worked, even though Bernanke himself admitted that he had doubts – in theory, it should not have worked.

But because it did, other central banks followed suit. The result of the QE in the United States was a rising stock market and record low volatility, among others.

Should we expect the opposite now that the Fed started the opposite of the QE – quantitative tightening….More  info:  blog  FXOpen 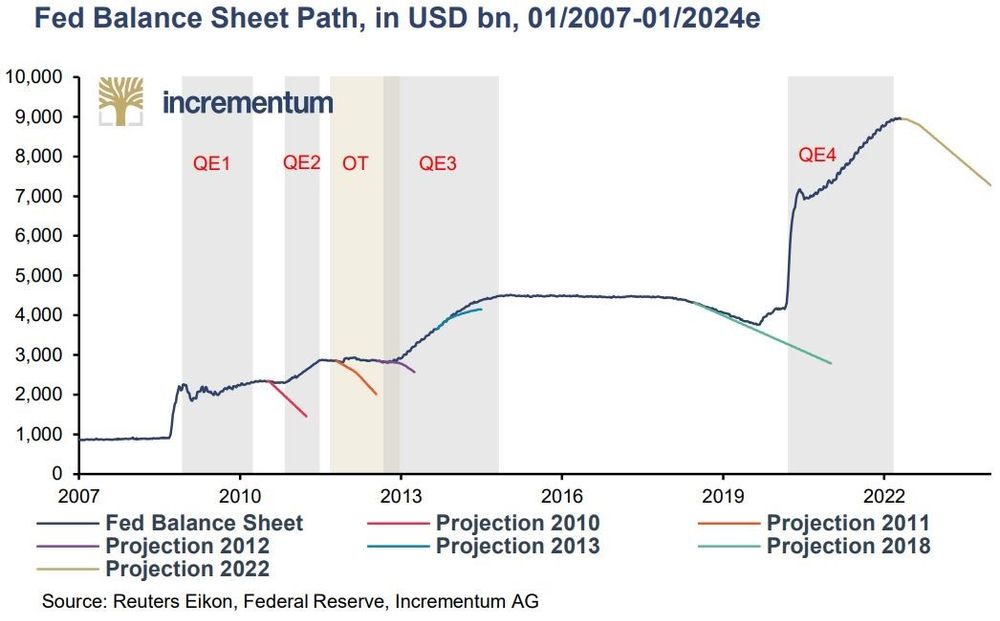 The euro is trading in the green LeapRate