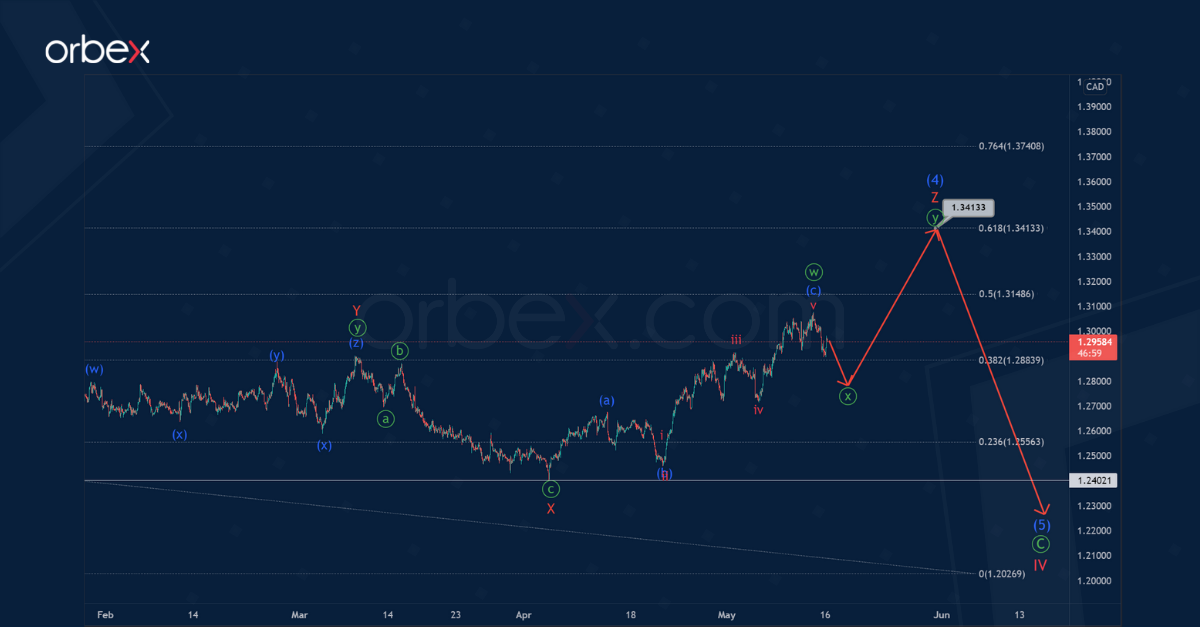 The USDCAD structure indicates the construction of a large correction wave IV. This is part of a global cycle impulse and consists of sub-waves Ⓐ-Ⓑ-Ⓒ.

On the current chart, we see the final part of the primary impulse wave Ⓒ. Wave Ⓒ consists of intermediate sub-waves (1)-(2)-(3)-(4)-(5). A deep intermediate correction (4) is currently under development. This could take the form of a minor triple zigzag W-X-Y-X-Z.

In the near future, prices should rise in the last minor sub-wave Z. It is most likely to be a minute double zigzag, and will end its pattern near 1.341. 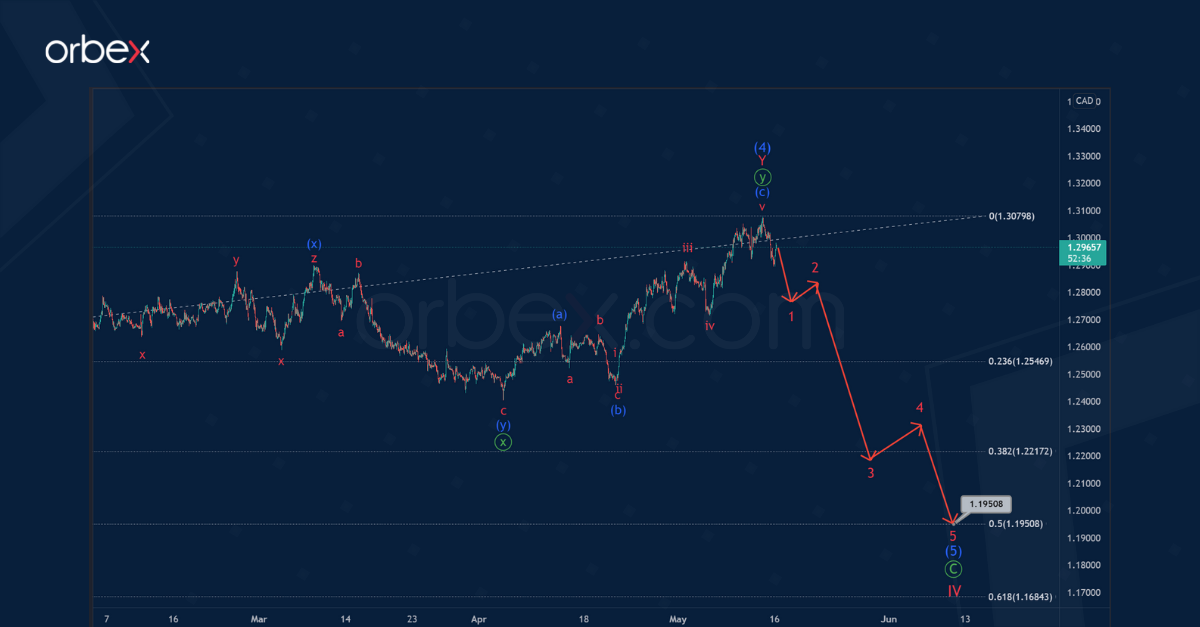 According to the second option, the formation of the intermediate correction (4) has already been fully completed. In this scenario, it has the form not of a triple, but of a double zigzag W-X-Y.

Thus, in the last section of the chart, we see the development of the initial part of the intermediate wave (5). This can take the form of a minor impulse 1-2-3-4-5.

Orbex is a fully licensed broker that was established in 2011. Founded with a mission to serve its traders responsibly and provides traders with access to the world’s largest and most liquid financial markets. www.orbex.com