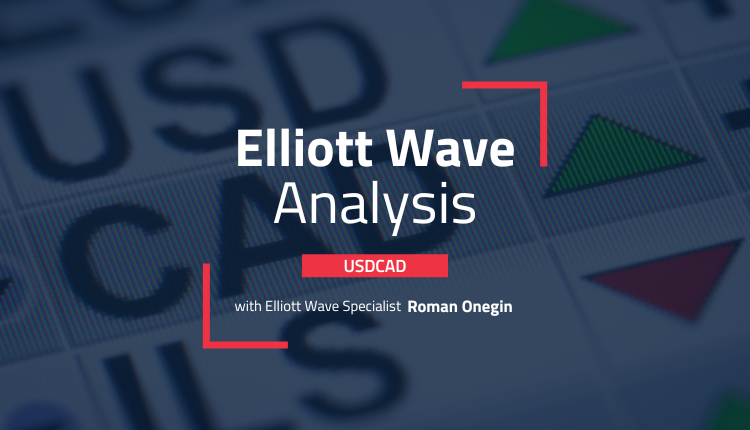 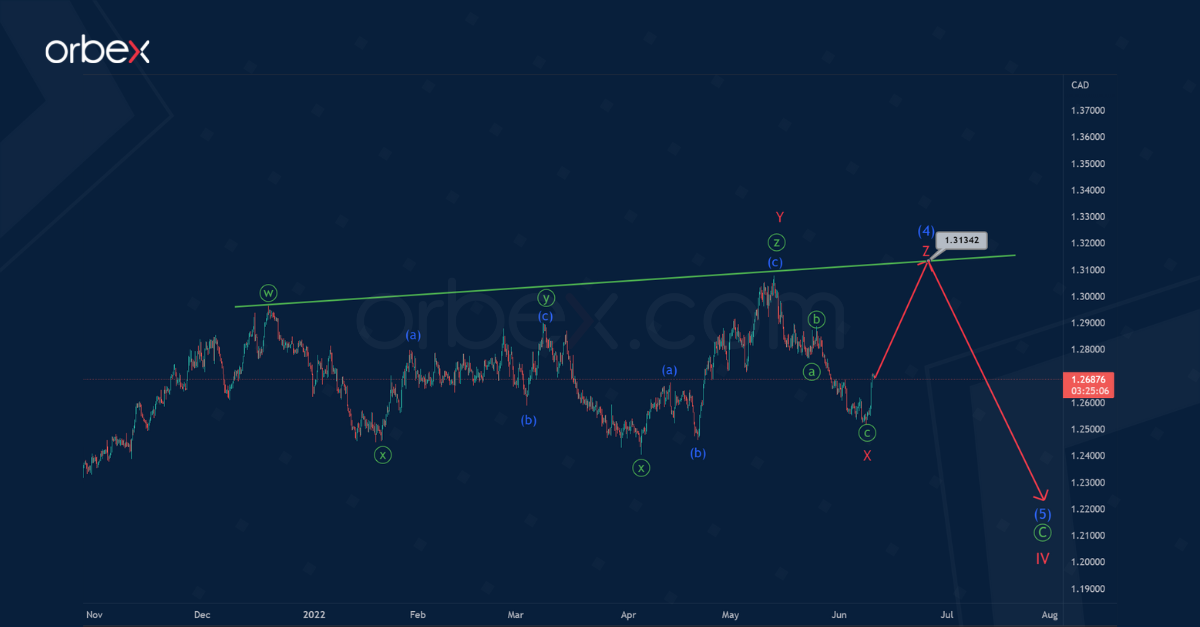 The current USDCAD structure indicates that the market is developing a long correction wave (4) of the intermediate degree. This is the penultimate part of a powerful downward primary impulse Ⓒ.

The correction wave (4) consists of minor waves W-X-Y-X-Z. Not so long ago, the second intervening wave X ended. So in the near future, a move higher is possible in the final wave Z.

The rise of the currency pair in the minor wave Z is possible to 1.313. This is at the resistance line drawn through the vertices of the waves Ⓦ and Ⓩ. Then, a market reversal is possible and the beginning of a decline in a bearish impulse (5). 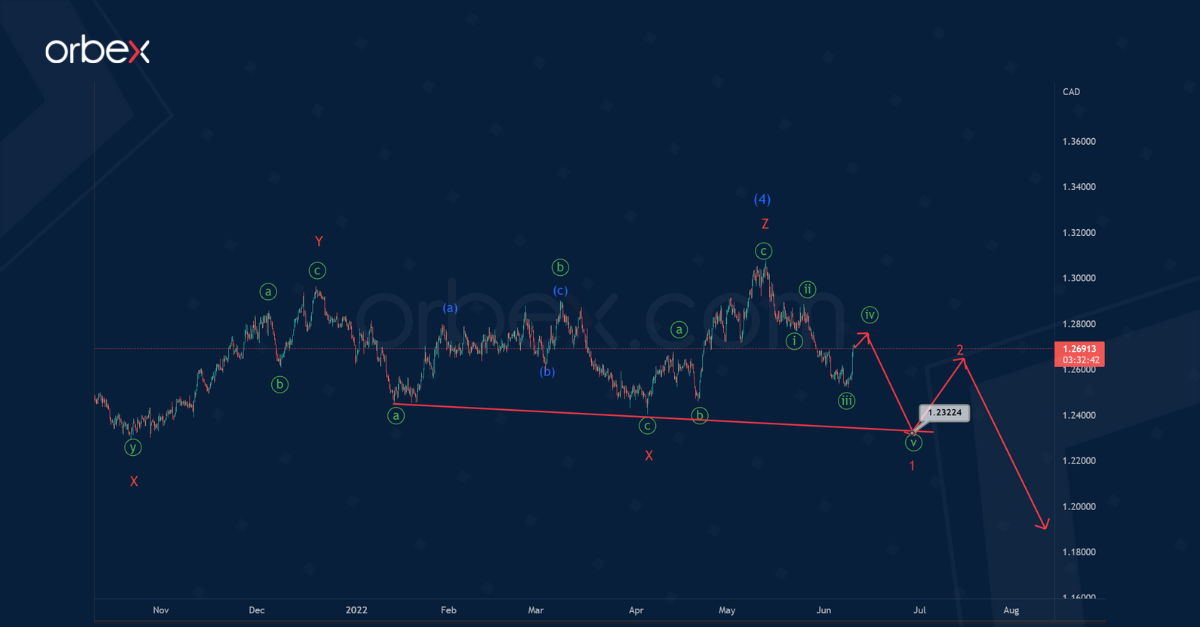 If we consider an alternative scenario, we will see that the formation of an intermediate corrective wave (4) has already ended. For this reason, it can be assumed that the first sub-waves of the descending intermediate impulse (5) are being formed now.

A small fourth wave is fully completed, which could take the form of a lateral or upward correction.

The target for the price is at the support level of 1.232, this level is located on the red line drawn through the endings of the descending waves ⓐ and X. At the level of 1.232, the development of a local upward correction 2 could begin.

How do you feel the CAD will fare in the coming weeks? Open your Orbex account and trade now!

Roman is a seasoned analyst who has been studying the financial markets since 2008, specializing in various types of technical analysis. Since 2012, his main focus has been Elliott Wave analysis, a skill he has perfected thanks to years of research and practice as an active EW trader.

XAU/USD May Fall as Markets Pivot Back to Inflation Woes

the US dollar is gaining ground on its peers LeapRate