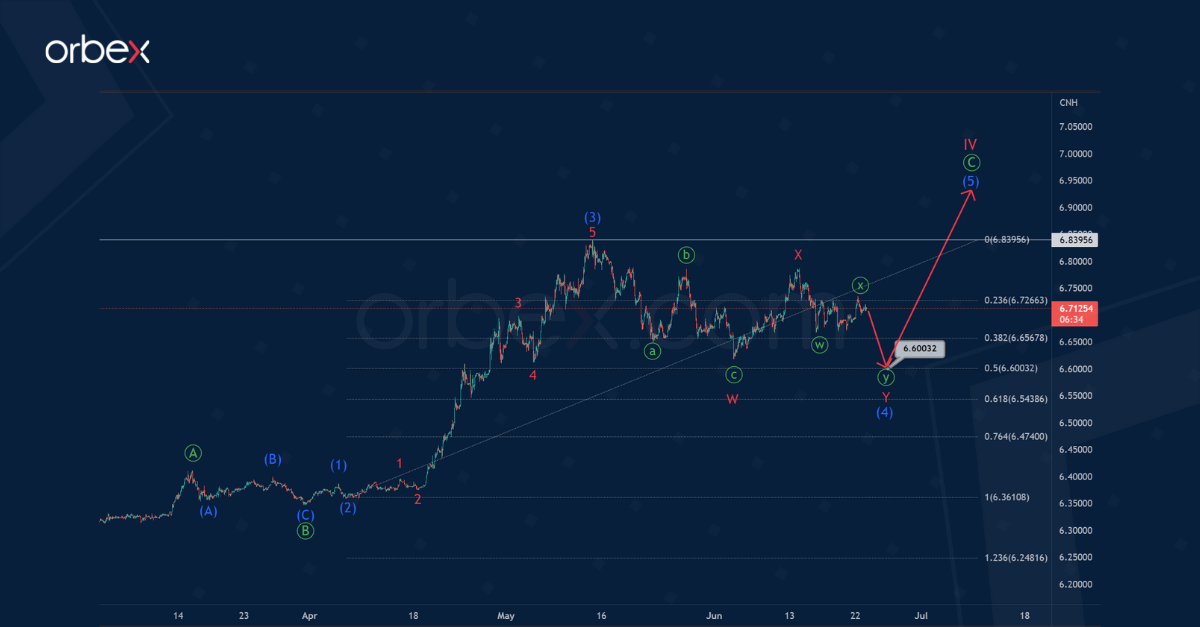 The internal structure of the USDCNH pair hints at the primary zigzag pattern Ⓐ-Ⓑ-Ⓒ. In the long term this forms a cycle correction IV.

After the end of the correction (4), the market growth could resume within the final sub-wave (5) above the level of 6.839 marked by impulse (3). 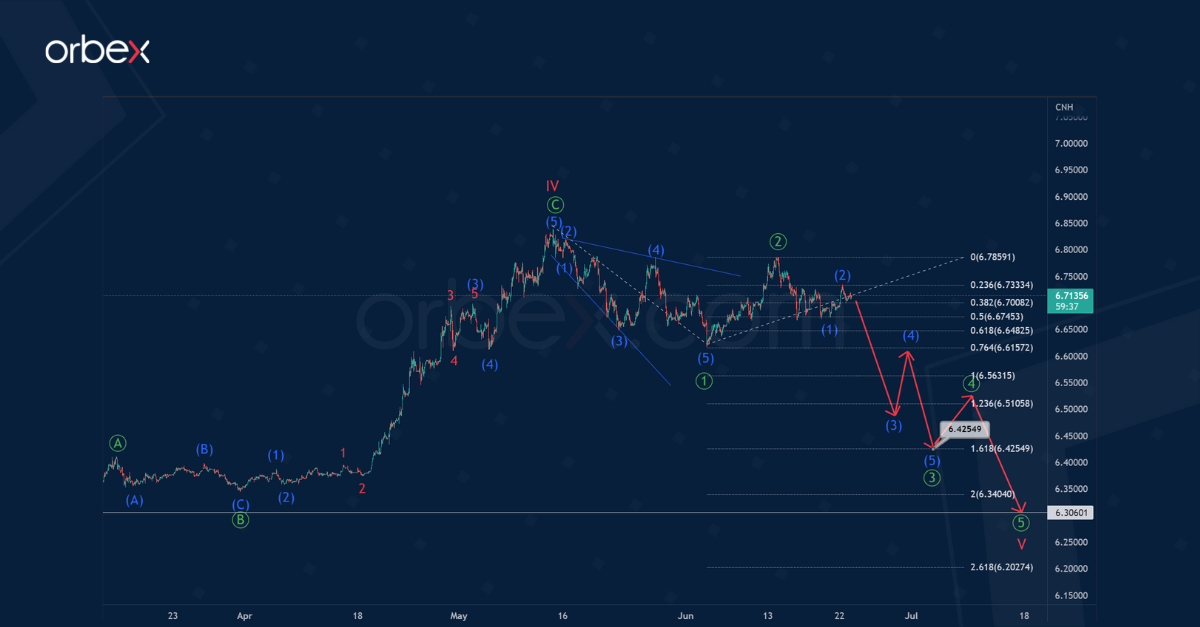 An alternative scenario suggests that the construction of the entire cycle correction IV has already ended.

In the last section of the chart, we can observe the development of the initial part of the cycle wave V. This wave could take the form of a 5-wave impulse ①-②-③-④-⑤, as shown in the chart.

At the moment, the primary sub-waves ①-②, the leading diagonal and the correction look finished. In the near future the price will fall within the primary impulse ③ to the level of 6.425.