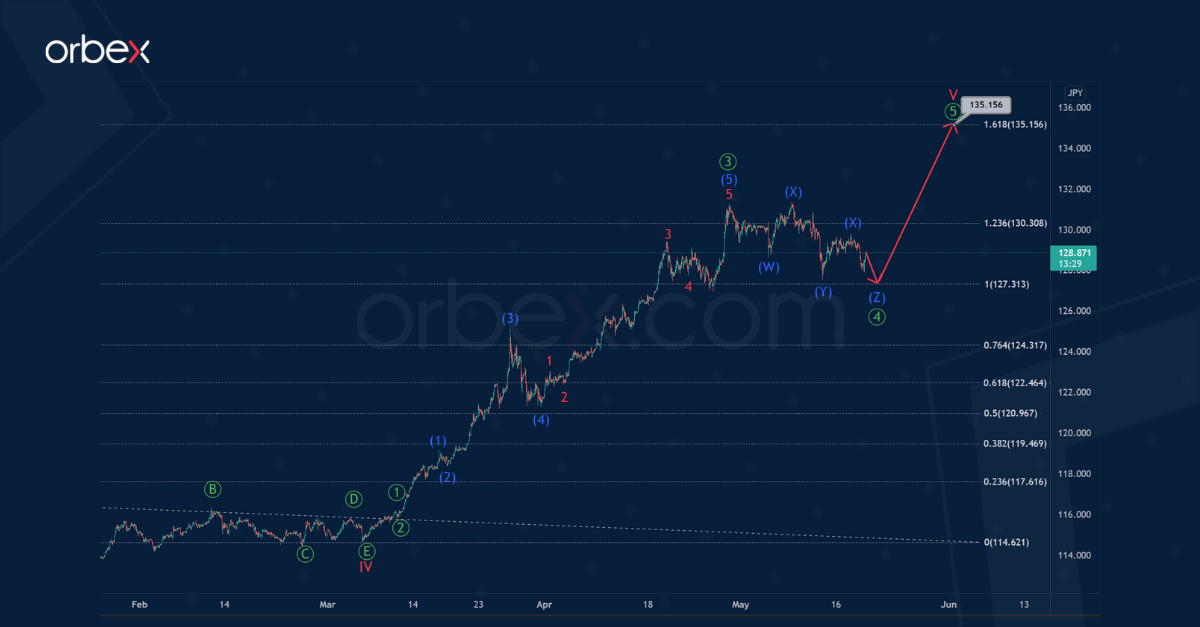 The internal structure of the USDJPY currency indicates the formation of a global impulse trend, which consists of cycle waves.

On the 1H timeframe, we see the final part of the sideways correction IV, which is a primary triangle. After the completion of the triangular pattern, the price began to rise rapidly within the cycle wave V.

Wave V takes the form of a 5-wave ①-②-③-④-⑤ impulse of the primary degree. Within the specified impulse, the first three waves have ended. The primary reactionary wave ④ will take the form of an intermediate triple zigzag. Prices are likely to rise in the final primary wave ⑤ to 135.15.

At that price level, wave V will be at 161.8% of previous cycle impulse III. 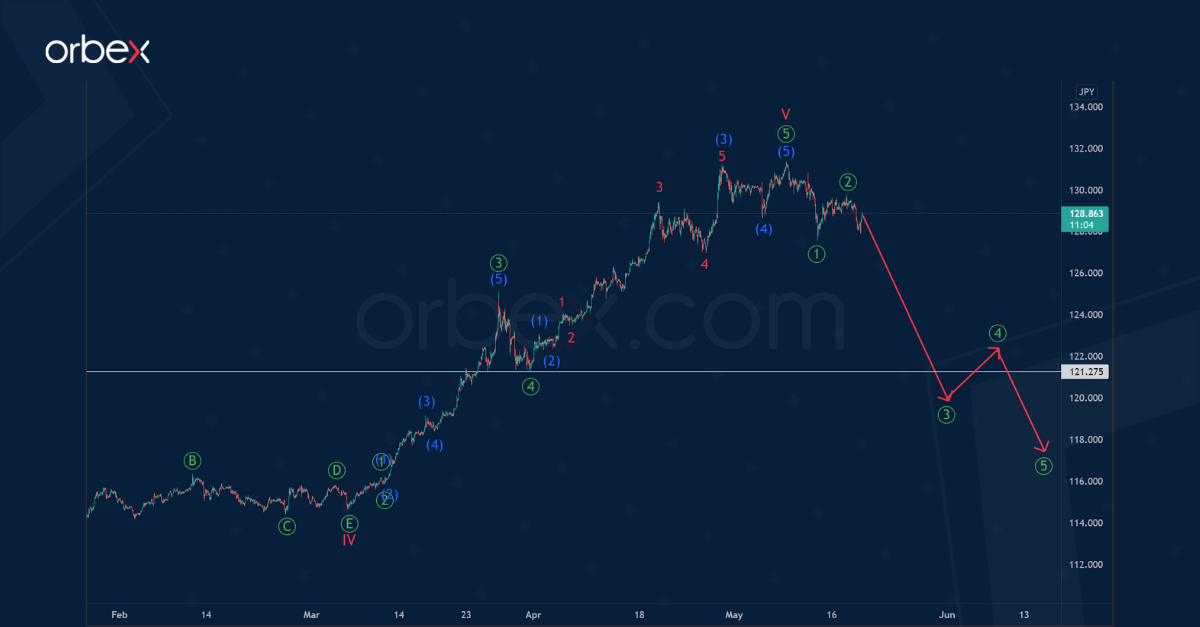 An alternative scenario suggests that the entire cycle wave V has already ended in the form of a primary impulse.

It is likely that a bearish impulse could form in the near future. This will consist of primary sub-waves ①-②-③-④-⑤, as shown on the chart. At the moment, the first two small sub-waves ①-② have been ended.

It is possible that the primary sub-waves ③-④-⑤ will move lower than 121.27, like the correction wave ④.

What is a stock market index – complete guide and FAQ