Risk aversion sentiment dominance seems to be back as recession calls have grown louder, supported by another round of disappointing business sentiment data this week.

As expected in this environment, the “safe haven” currencies performed well, while the Kiwi and Aussie took the biggest hit among the majors.

Russia defaulted on foreign debt on Monday; the first time since 1918

China’s industrial firm profits fell by 6.5% y/y in May, less than the 8.5% annualized decline in April

SEC’s Gensler Reiterated that bitcoin alone is a commodity

Risk sentiment seems to have come back as the dominant driver this week, and it looks like traders leaned risk averse, more so as the week went on. This was characterized first by the dip lower in equities/crypto early on, followed by a fall in bond yields and commodities by Wednesday.

It’s likely that traders are continuing to shift focus towards a potential global recession ahead, supported this week by slowing business sentiment survey data from all over the world.

The most notable from the bunch was the manufacturing PMI reads from both the U.S. and China. The U.S. sentiment data disappointed as it came in below expectations (ISM PMI at 53.0 vs. 54.6 exp.; employment index contracting faster at 47.3).

And as for China, the survey data showed that there was improvement as businesses expect a return to expansionary conditions, but it’s surprising we didn’t see a higher level of optimism given that China is starting to exit lockdown COVID protocols.

We also got updates on inflation conditions, and arguably, we are starting to get signals that the high rates of price growth may be starting to stabilize. The most notable read was from the Fed’s favorite inflation measurement, the core PCE price index, which came in below expectations and inline with the previous month’s rate of +0.3%.

While one month of data doesn’t make a trend, it appears that it was enough to move traders to lighten up on high inflation bets. And when combined with the narrative of a likely recession ahead, it’s no wonder why we saw bond prices pump higher and a dramatic fall in bond yields this week. It was just on Tuesday that the U.S. 10-yr Treasury yields was a 3.25% before falling rapidly to around its current range around 2.88%.

As mentioned in the intro, the safe havens were big gainers this week given the risk-off environment, but it was the Canadian dollar that saw a late week push to sneak into the top spot. The Loonie was relatively resilient all week, likely a combination of optimistic comments from Canadian Finance Minister Freeland on Sunday, ongoing expectations of more rate hikes ahead, and oil prices staying mostly in the green this week. 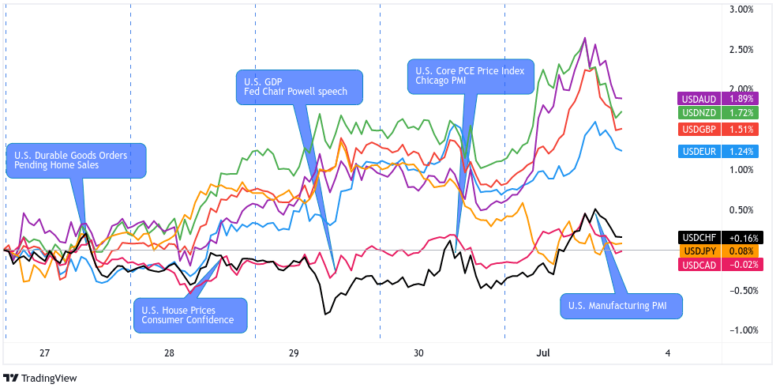 Fed Chairman Powell: “no guarantee” the Fed can tame inflation without hurting jobs 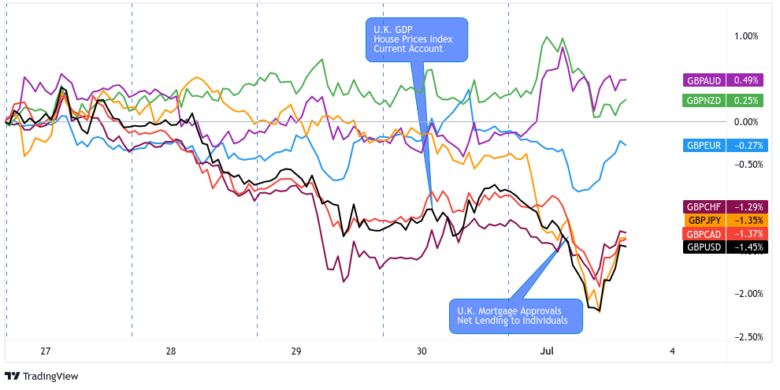 Why is This Tech Subsector Doing So Well Right Now?

Germany’s jobless rate soars from 5.0% to seven-month high of 5.3% in June as Ukrainians register in job centers 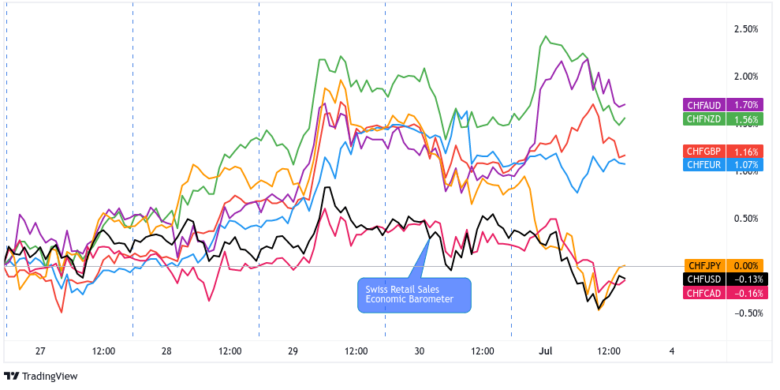 Swiss KOF economic barometer fell in June to 96.9 vs. 97.7 previous

Sight deposits at the Swiss national Bank fell by the most in more than a decade (CHF 3.37B), signaling that the SNB is no longer intervening in the FX markets to weaken the franc

The Swiss National Bank spent CHF 5.74B on foreign currencies in Q1 2022 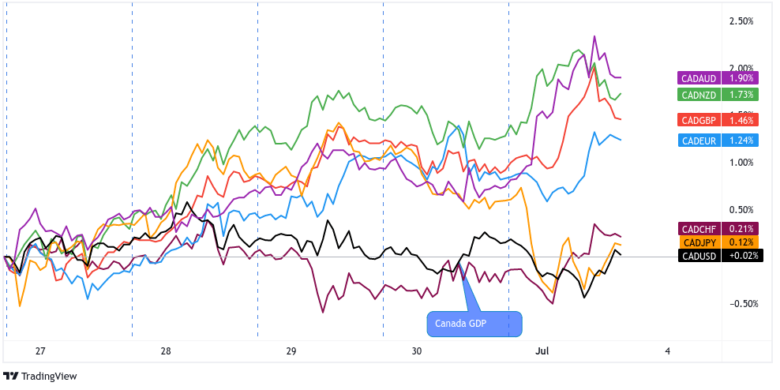 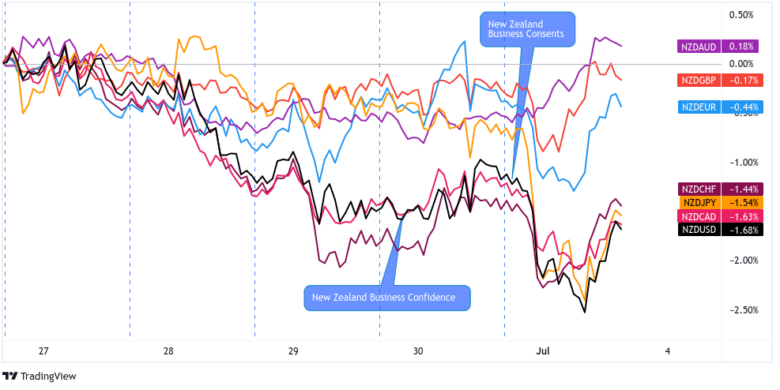 New Zealand consumer confidence index down from 82.3 to 80.5 in June

Australian Manufacturing Index rose by 1.6 to 54.0 in June; sales conditions have declined

Insiders Are Cashing In On Cold Lasagna!