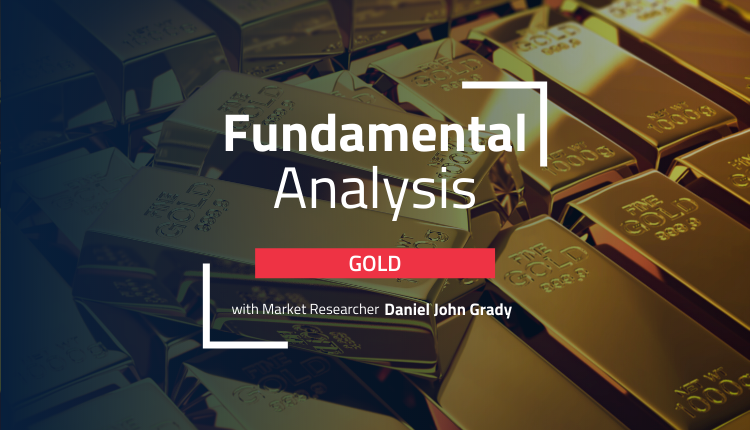 At the start of the year, there was a general expectation that gold prices would be on the backfoot. But the rise in risk after Russia invaded Ukraine drove the precious metal to the highest it had been since the pandemic. After fluctuating a bit over the last couple of months, gold has turned to the downside. It has returned to where it was near the end of last year, before an imminent invasion was being seriously discussed.

Will this trend continue?

One of the factors to consider is that the risk assessment around the conflict in Ukraine is starting to become “normalized”. That’s not to say that risk hasn’t gone away, but investors can’t stay risk-off forever. And as the conflict drags on, it becomes more part of the landscape and investors can readjust to the situation. After Russia pulled out of Kiev, the war turned towards a more limited front and reduced worries that Ukrainian crops would be massively impacted.

So, with the risk issue taking a back seat, gold prices return to be driven by more standard fundamentals. But this also opens up a curious situation. Gold is supposed to be a store of value, which should make it popular in a high-inflation environment. US inflation hit 8.5% at the latest measure, and other major economies are facing similar problems.

Why did gold drop?

The thing about gold as a store of value is that it isn’t a source of profit. Owning gold doesn’t generate interest nor dividends. Meaning that for investors, it’s primarily useful for holding during periods of risk, but then move into something that generates a return on investment. So, even if inflation is high, investors might move out of gold in favor of something that generates a return on investment that is more than inflation.

As the Fed looks to combat inflation, US treasury yields have been rising. One of the key points here is that around mid-april, real US bond yields moved above 0 for the first time since the start of the pandemic. Since the Fed raised rates, yields have moved even higher.

The Best Long Trade to Take Into a Crash

Why is this important?

Real yields account for the interest rate paid on bonds plus expected inflation over the period. With the Fed expected to take an aggressive move to control inflation, CPI is expected to drop by the end of the year, and normalize. That combination means that investors can expect to make a profit owning treasuries. Compared to gold, that’s a better option (for now).

Consequently, there is a monetary incentive for investors to move from gold over to bonds. As long as inflation doesn’t keep rising, and the Fed keeps up the tightening, it could become increasingly a better investment to have treasuries instead of gold. That would put downward pressure on the yellow metal.

Predicting inflation and interest rates is a bit like predicting the weather, in that it’s not exactly reliable. But we can go back to the drive higher in late February and early March. While the fundamentals imply a downward trend for gold, a risk event could move it higher. For example, an intensification of the war in Ukraine, new sanctions on Russia. Or if the Fed’s aggressive rate hike translates into more worries about an impending recession, investors could come back to preferring a safe haven.

The post What Are the Chances of a Rebound in Gold? appeared first on Orbex Forex Trading Blog.

5 Questions to Ask Before Opening a Live Trading Account