Okay, I’m NOT saying we’re in a recession…

Sure, technically we are, but we’re definitely not…

So, to any of Biden’s economic aides listening in…

I totally agree with all of you… the economy is GREAT. (cue nervous laughter).

Please don’t send the FBI to raid my house.

Whatever’s going on with the economy I think we can all agree that markets are seriously broken.

In the middle of last month, the ticker symbol HKD opened for $13 bucks a trade. 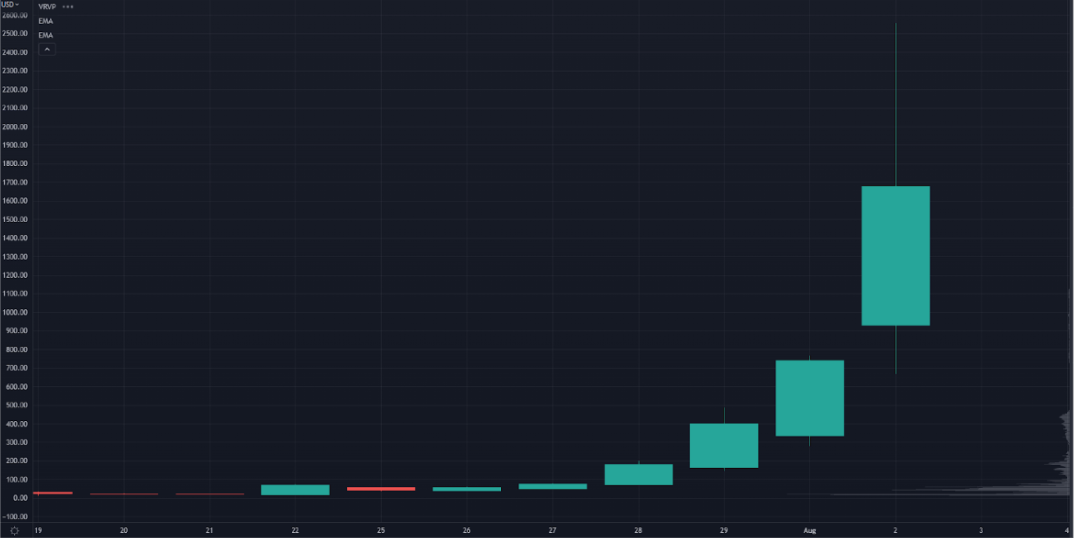 This is not normal.

The exchange didn’t halt trading on HKD and positions on both the long and short sides got blown out.

So what happened? Did a bunch of overzealous shorts get blown out?
A kind of Gamestop 2.0 situation?

No — it looks like it was a little more complex than that actually.

To wrap our minds around this, we have to go back to last year with a company called DWAC. 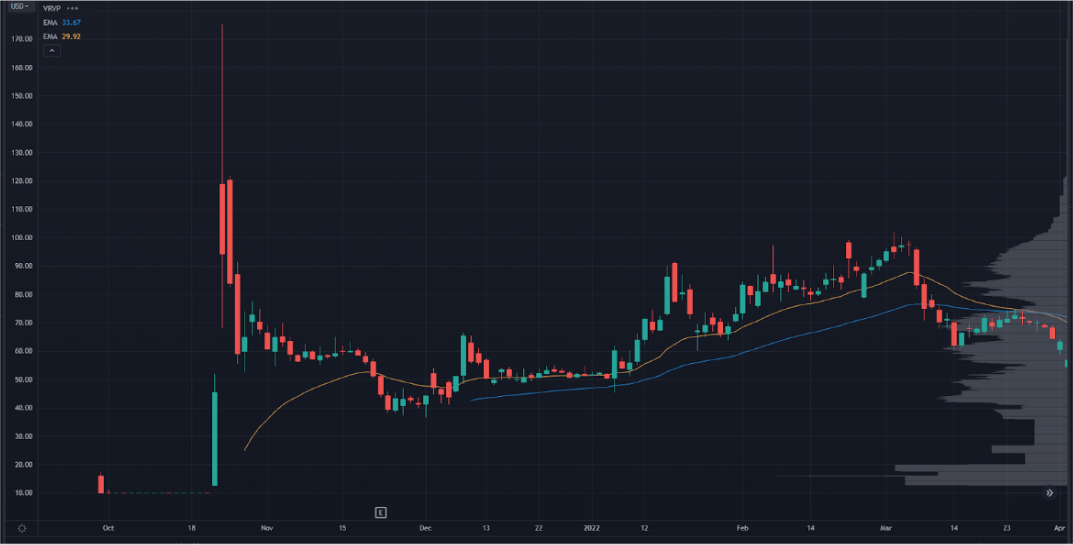 It was part of the Special Purpose Acquisition Company (SPAC) craze that was taking over the markets.

Then, news came out that Truth Social was the company the SPAC was set up to acquire…

The news spread like wildfire on social media and the meme was born.

Then, a crazy situation went totally bananas because of a blown out warrant arbitrage trade.

You can think of a warrant like an option, where you have the ability to buy or sell shares at the strike price.

Let’s take a look at a chart of DWACW, the warrants for the company: 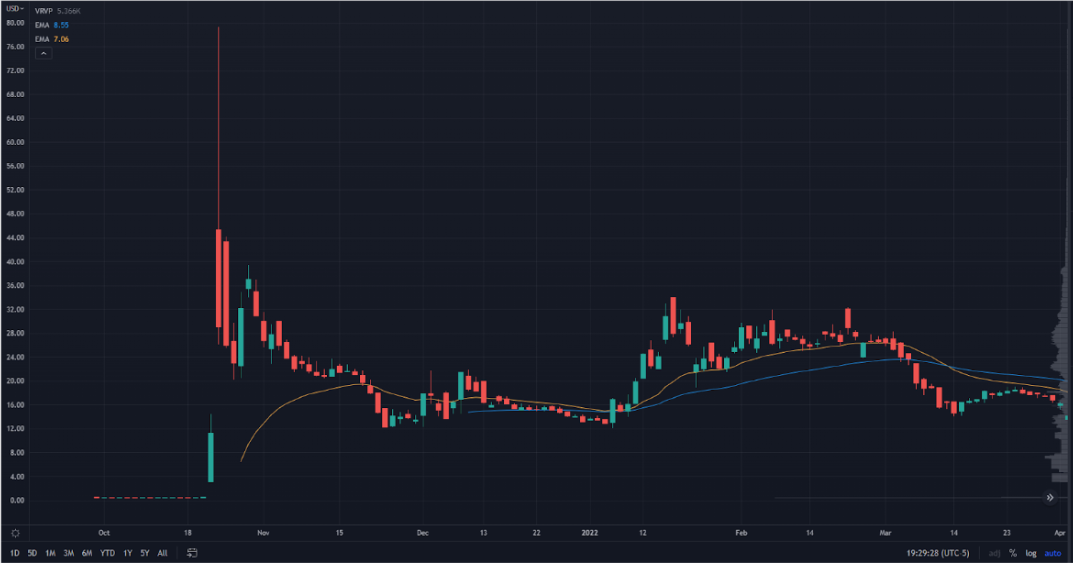 In a “normal” market, when a stock starts to get squeezed really hard, the company warrants will often lag behind.

But if the spike bounces too high, the SPAC warrant arbitrage gets blown to smithereens…

The warrants can’t catch up leading to massive squeeze in the stock.

It happened a bunch of times last year in SPAC land before the bubble burst.

Fast forward to today, and at some point in trading HKD had a valuation of about $460 billion.

In fact, into today’s close… HKD was the 20th largest company on the planet. 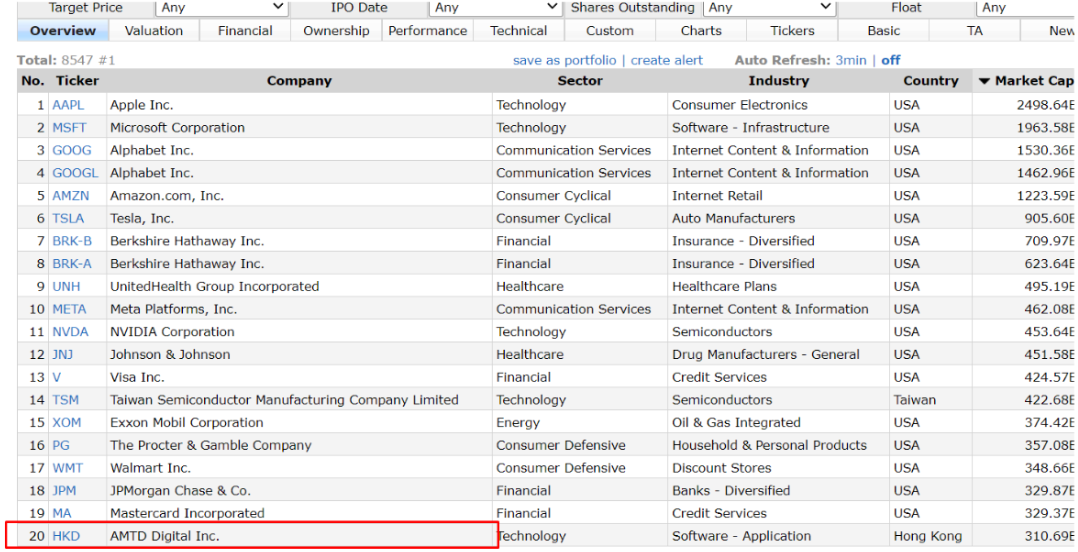 HKD is a subsidiary of a company called AMTD…

So when HKD got loose to the upside, a few arb firms came in to short HKD and buy AMTD.
If markets were sane, the two would converge.

But if too many positions are leaning the wrong way, they get smoked.

Sure, an arb firm could come in and fade a 5 standard deviation move, but if they’re positions are too big the wrong way…

… then it becomes a 10 standard deviation move.

I think this is the most likely scenario for why HKD moved the way it did.

… and it’s the reason you need to own “convexity” when things shake loose like this.

One of the best ways to do this is to identify “hot zones” in the market where price tends to move really fast.

He picks up speed really quick and always moves one direction.

So how can you do this?