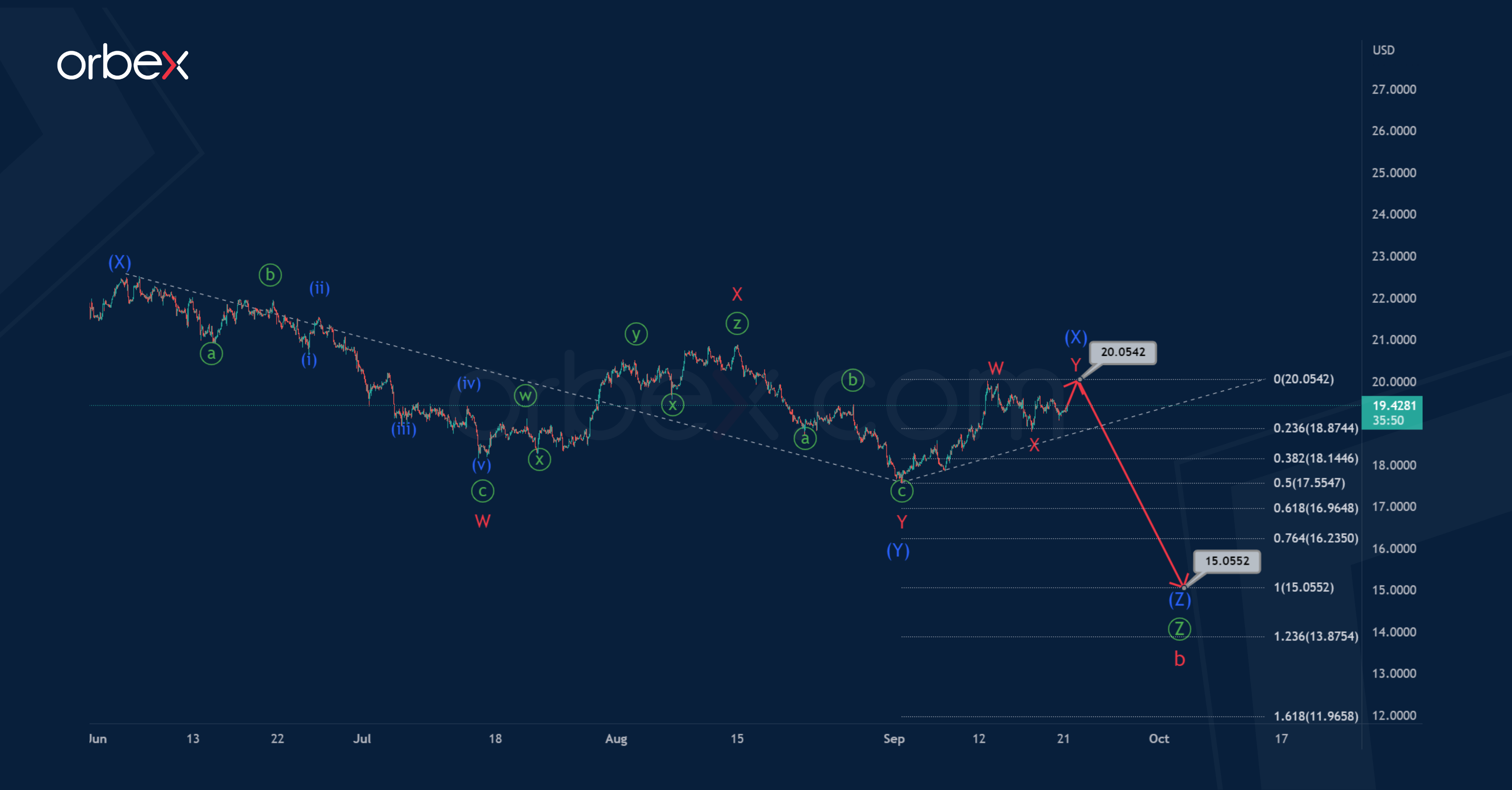 XAGUSD seems to be forming a correction wave b of the cycle degree which is part of the global zigzag.

The correction wave b is a primary triple zigzag Ⓦ-Ⓧ-Ⓨ-Ⓧ-Ⓩ. The first four parts of it have already ended and now we see the construction of the final wave Ⓩ.

After reaching this level, we could expect a fall in the intermediate wave (Z) to 15.055. At the specified level, sub-waves (Z) and (Y) will be equal. 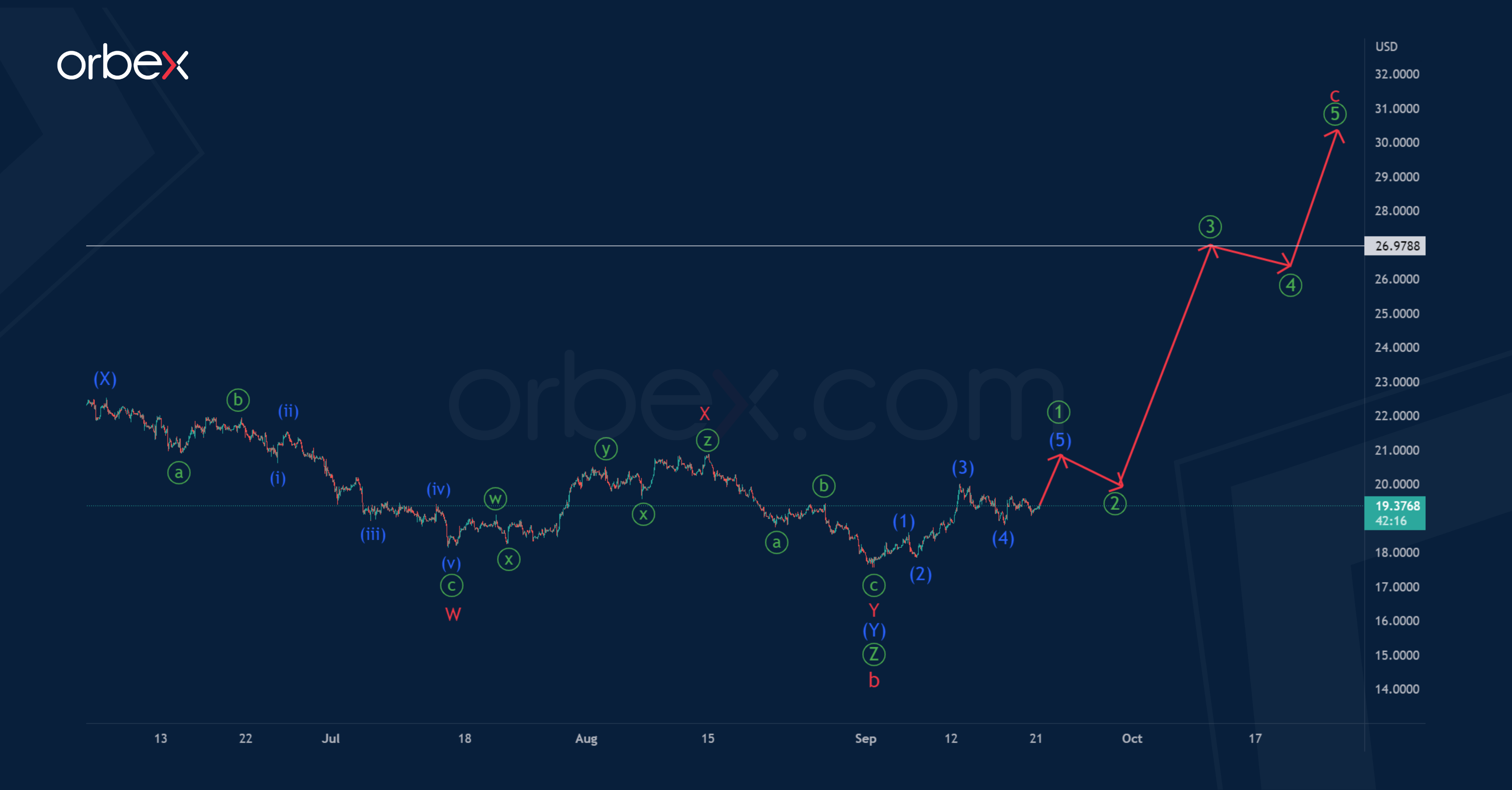 USD/CAD clings to 1.3000 as oil bulls take a breather, DXY steadies, focus on US NFP

However, the bearish primary wave Ⓩ could have already ended in the form of a double zigzag (W)-(X)-(Y), and with it the entire correction b.

Thus, in the last section of the chart, we can notice the initial part of the bullish wave c of the cycle degree. It is assumed that it will take the form of an impulse ①-②-③-④-⑤, as shown in the chart.

Most likely, the first half of the actionary impulse wave will end near the maximum of 26.978.

Test your strategy on how Silver will fare with Orbex – Open Your Account Now.

Look For This Key Inflection Point in the Markets