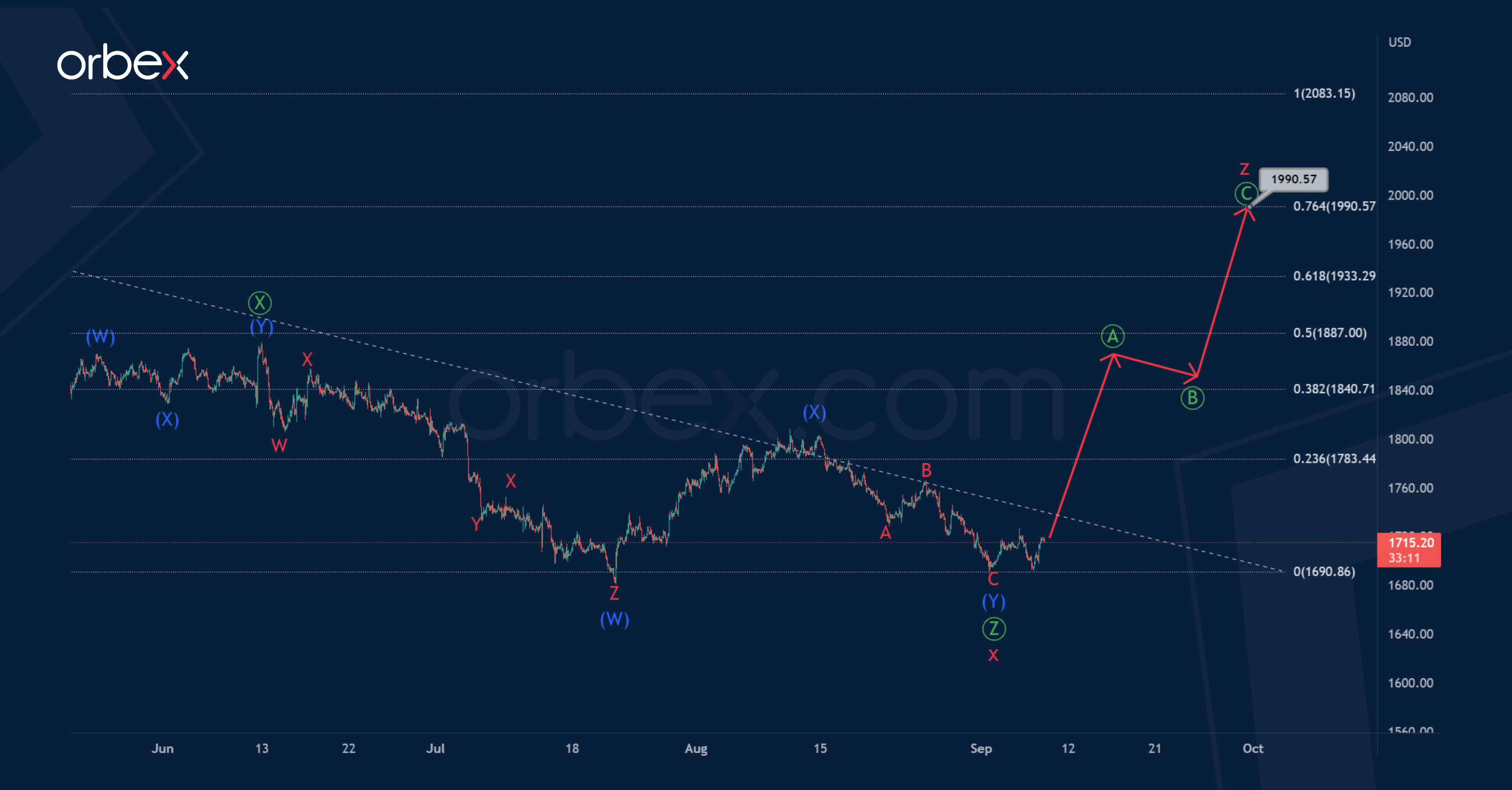 The current structure of the XAUUSD pair hints at a global correction pattern. This takes the form of a cycle triple zigzag.

The last section of the chart shows the structure of the bearish cycle intervening wave x. This ended as a primary triple zigzag Ⓦ-Ⓧ-Ⓨ-Ⓧ-Ⓩ. 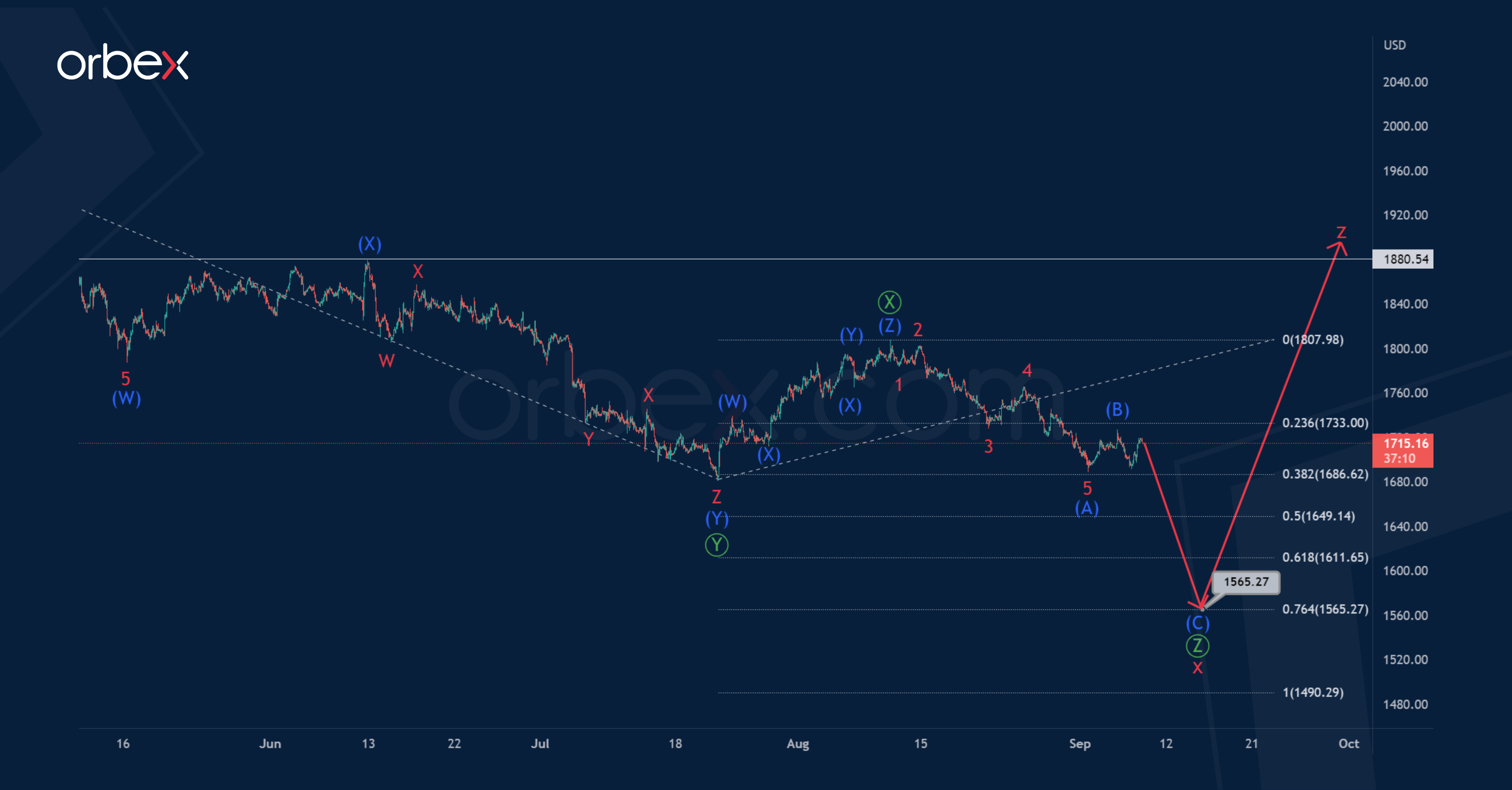 In the second view, the downward movement of the pair is likely to continue in the cycle wave x. Wave x is also a triple zigzag Ⓦ-Ⓧ-Ⓨ-Ⓧ-Ⓩ. However, the final primary wave Ⓩ is still under development and could take the form of an intermediate zigzag (A)-(B)-(C).

Only after reaching the specified level, the development of the cycle wave z will begin.

For BTC and ETH September is Traditionally a Bad Month