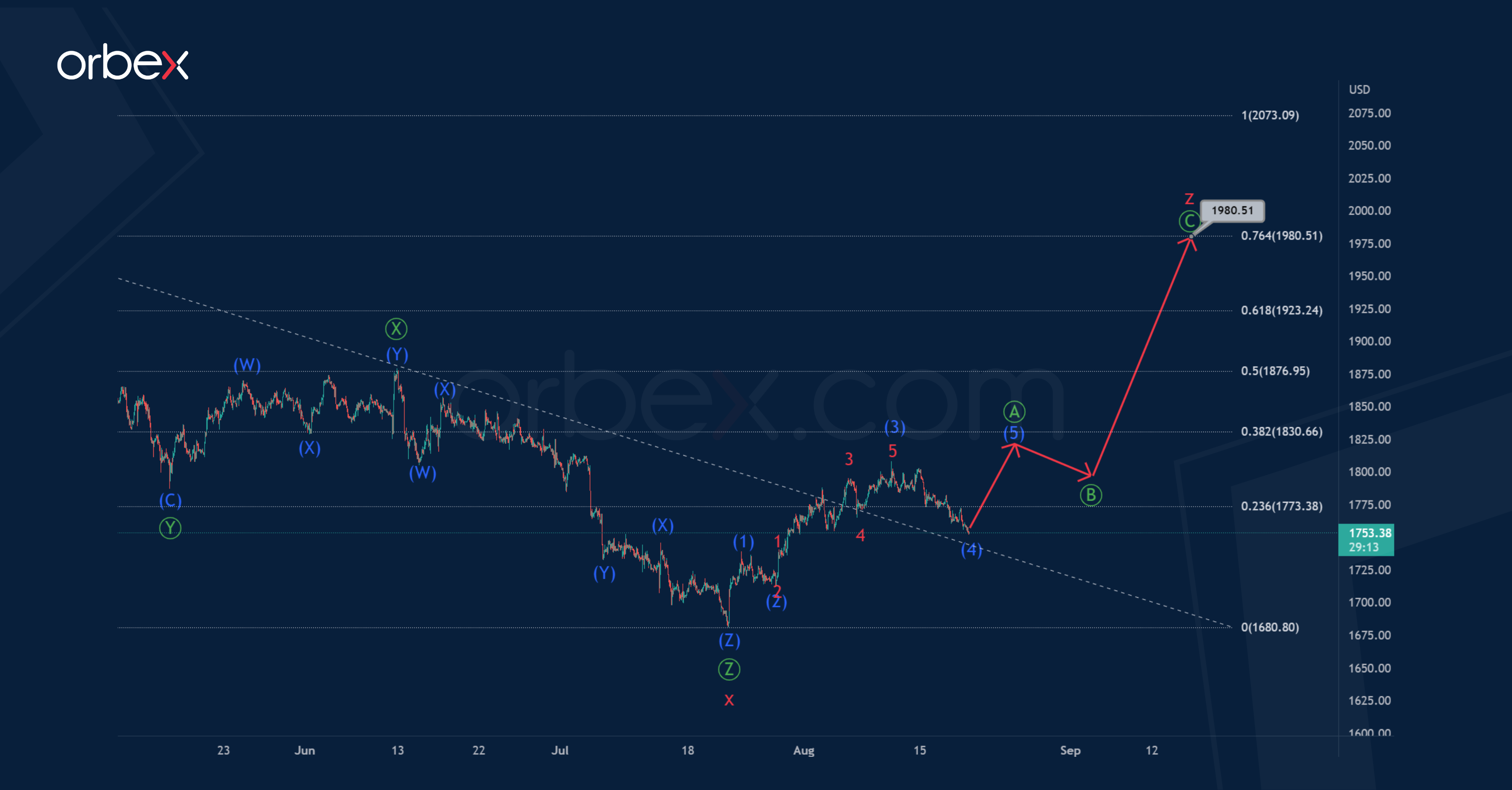 The internal XAUUSD structure suggests a global correction pattern, which takes the form of a cycle triple zigzag.

On the current chart, we see the structure of the bearish cycle intervening wave x. This looks completed in the form of a primary triple zigzag Ⓦ-Ⓧ-Ⓨ-Ⓧ-Ⓩ. 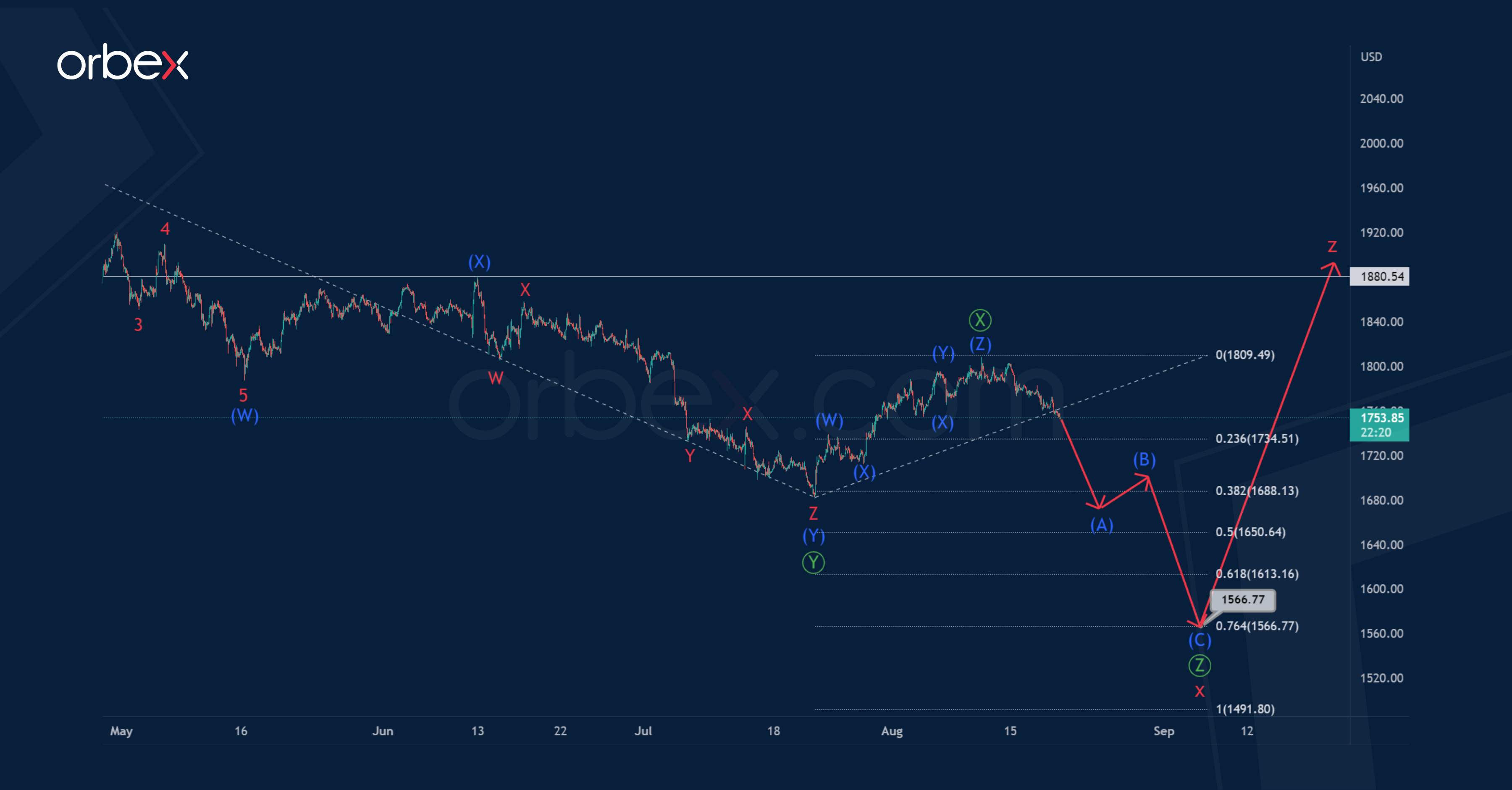 In an alternative scenario, a continuation of the downward price movement in the cycle wave x is likely. Wave x is also a triple zigzag Ⓦ-Ⓧ-Ⓨ-Ⓧ-Ⓩ, but the final primary wave is still under development.

A downward movement of XAUUSD is expected in the near future. The primary wave Ⓩ could take the form of an intermediate zigzag (A)-(B)-(C).

After reaching this level, we can expect a market reversal and the beginning of a cycle wave z.

Bullish Momentum Ahead of FOMC Minutes

The US dollar records modest gains against other major currencies LeapRate