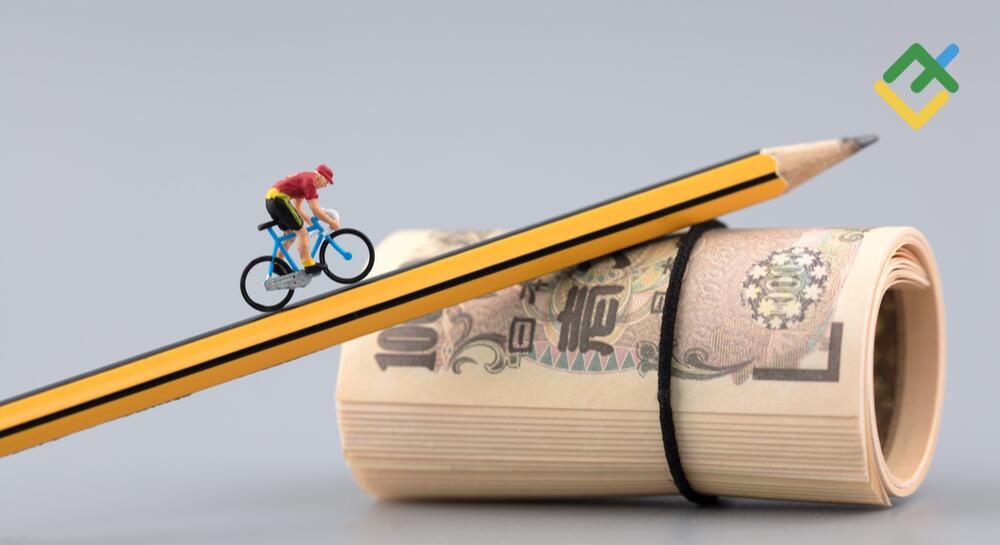 USDJPY hit a 24-year high due to monetary policy divergence and economic growth. However, the situation in the markets is changing. Oil is falling, and US inflation is slowing down. How will this affect the pair’s price? Let us discuss the Forex outlook and make up a trading plan.

It isn’t easy to taper the QE program, especially when it comes to controlling the yield curve. The Reserve Bank of Australia called the tapering chaotic. It damaged the regulator’s reputation, which could reduce the effectiveness of future RBA operations. The Bank of Japan has focused much more on controlling the yield curve than the RBA. The QE contributes to the USDJPY growth. However, the sooner you get rid of it, the better.

Following the June meeting results, the BoJ will not end the ultra-easy monetary policy. It is reasonable to follow it since the inflation growth is not due to a demand increase. Its main drivers are commodity prices and the yen’s weakness. With the help of monetary stimulus, the central bank intends to achieve sustainable wage growth and only then think about tapering QE and raising rates. In the current situation, the monetary tightening will cause a recession in the Japanese economy.

The policy of the Bank of Japan is clear to experts but criticized by the opposition. Prime Minister’s opponents in the July election call the soaring CPI “Kishida inflation.” They claim that it is difficult to stop the rise in fuel prices. However, will the current government continue to accept the yen weakening? The position of the prime minister has weakened. Some officials are signaling a negative spiral. The control of the BoJ yield curve leads to a USDJPY rally and stimulates further price growth.

The fate of the USDJPY is decided not in Tokyo but in Washington. A disappointing US data reinforced rumors of an impending recession and contributed to lower Treasury yields. As a result, the volatility of the US rate-sensitive yen jumped to the highest levels since March 2020.

I have repeatedly mentioned that the main drivers of the USDJPY rally are the divergence in the monetary policy of the Fed and the Bank of Japan, as well as the deterioration of the current account of Japan under the influence of rising energy prices. Commodity prices are falling due to concerns that excessively tight monetary restrictions by the Fed and other central banks will undermine demand for oil and other assets. At the same time, signs of a slowdown in US inflation reduce the expected level of the federal funds rate by the end of the year from 3.51% to 3.31%. All these factors create prerequisites for the correction of dollar pairs.

The yen will likely benefit the most from falling Treasury yields and a weakening greenback. If the decline in US stock indices resumes, sell EURJPY towards 141.2 and 140.5. If the S&P 500 stabilizes or rises, open USDJPY shorts on a breakout of supports at 134.65 and 134.4.

Week Ahead – US Inflation on the Menu, BoC and RBNZ to Raise Rates